Rising oil and gas prices are lifting the fortunes of Australia’s big natural gas shippers, but market enthusiasm for the sector is cooling as investors question the long-term future of fossil fuels in a decarbonising world.

Prices for spot cargoes of liquefied natural gas (LNG), one of Australia’s top exports, are trading at their highest levels in a decade during what is typically the low season for the commodity that usually benefits most from winter heating demand. Brent crude oil prices have also rebounded to pre-coronavirus levels of more than $US70 a barrel. 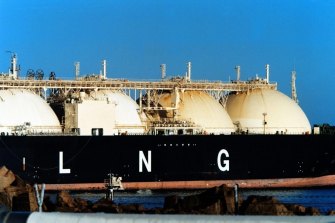 Australian energy consultancy EnergyQuest described the uplift in global gas prices including benchmark Asian LNG price, which last year dipped as low as $US2 per million British thermal units during the COVID-19 crisis and are now above $US19, as “extraordinary”.

The ASX’s top energy producers have all announced a strong recovery in earnings from the shock of the oil price crash last year, and are now pursuing plans for two of the biggest mergers in the history of the Australian oil and gas industry. Santos and Oil Search are proposing to combine into a $22 billion industry giant, while Woodside is acquiring BHP’s global petroleum division spanning Australia, the Americas and North Africa.

Big transactions shaking up the rankings of top industry players would usually unleash excitement in the market, Dr Bethune said, but investors’ reaction this time appears to be the “opposite”. The share prices of all those companies have dropped since the deals were announced, despite the Brent oil price rising or remaining steady.

While many investors have supported the rationale behind the mergers, others have voiced unease, such as doubts about whether the transactions will succeed, concerns about taking on riskier assets and uncertainty over the magnitude of additional clean-up liabilities.

But more broadly, Dr Bethune added, “oil and gas have lost their appeal to investors”.

“For most people outside the industry, oil and gas is also seen to have lost its place in the world’s future energy mix,” he said.

Although demand is running hot for gas as a fuel in heating, cooking, manufacturing, and power generation, efforts are underway around the world to reduce all fossil fuels as part of the accelerating push to arrest global warming, and questions remain about its long-term outlook.

A landmark report by the International Energy Agency (IEA) in May warned investors must avoid funding any new oil and gas fields for the world to achieve the Paris Agreement’s goal of limiting global temperature rises to 1.5 degrees.

Gas industry leaders say that LNG will be increasingly needed to reduce emissions by displacing coal-fired power, especially in Asia, and providing on-demand power to back up weather-reliant wind and solar.

However, climate concerns are prompting investors to hasten their retreat from the oil and gas sector, pushing the cost of capital higher. For producers, increasing their scale and ability to self-fund development projects through mergers and acquisitions is becoming a greater priority. 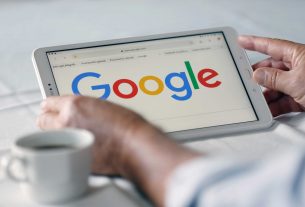 Google, Reddit, LinkedIn all caught SPYING on your iPhone with same dodgy trick as TikTok 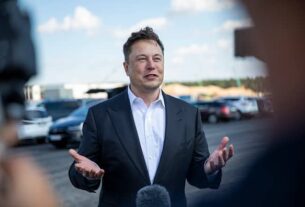