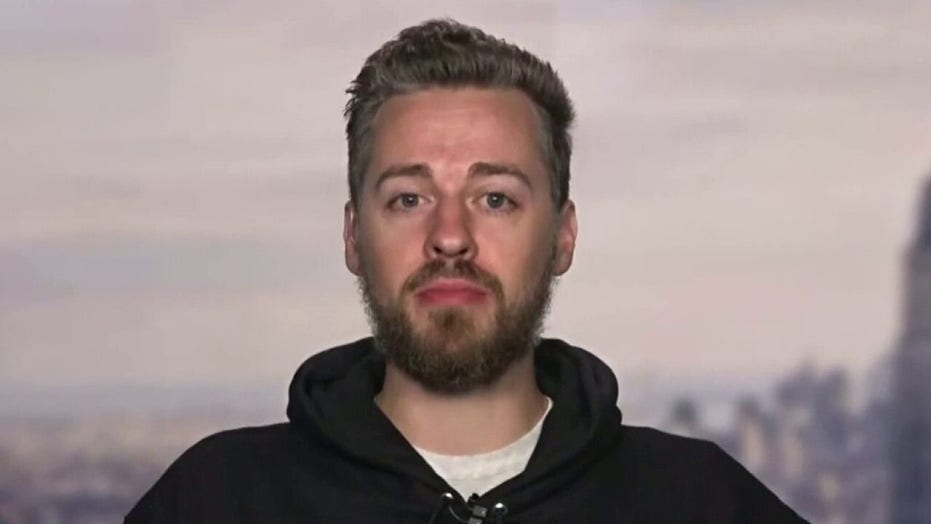 John Matland discusses why he organized the event, his support for the NBA superstar, and why protesters attempted to charge into the Barclays Center

New York Freedom Rally event organizer John Matland spoke out on his support of NBA superstar Kyrie Irving and opposition towards vaccine mandates on Monday, following a protest in NYC where a crowd swarmed and attempted to enter the Barclays Center.

Matland, who was fired after 15 years from his job in Staten Island as a CT scan technologist, said that the group’s support of Irving will act as a “springboard” to spread the message that vaccine mandates are “unjust” and “affecting everybody.”

“I’m an unsung hero in healthcare and Kyrie is a hero around the world through sports and entertainment, said Matland. “So this is just a very big picture of what happens to the everyday average person in a superstar format.”

Matland notes that despite the lack of media coverage, his events take place several times a week and draw up to 2,000 people at a time. This past weekend, the NY Freedom Rally worked alongside Black Lives Matter of Greater New York. He said that BLM has been “very upset” about the impact of the mandates on Black communities and has pledged five days of action to speak out against them.

“This is all about unifying on one common goal,” Matland added. 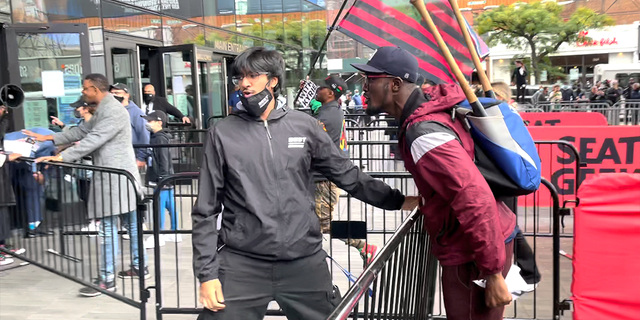 When asked about the protesters who pressed through the Barclays Center gates, Matland said that he was not close to the front and was peacefully protesting further back as his photographers obtained images from the centers’ entrance.

“The main goal for that is kind of creating a disturbance that it wouldn’t have even really been spoken much about on the media had it not occurred. I think that’s the thought behind it.”

Protesters took to the streets Sunday marching in support of Irving’s public opposition to being forced to take the coronavirus vaccine in order to play. 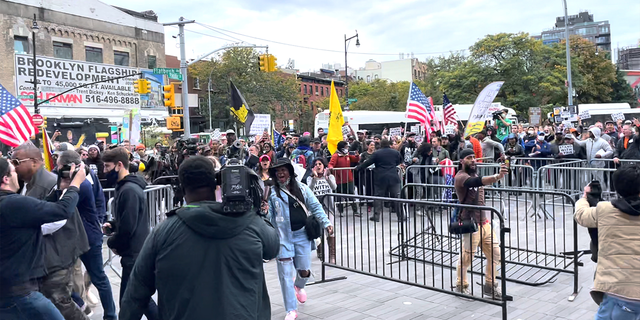 Demonstrators shout slogans outside the Barclays Center
(@justericthomas via REUTERS)

In a statement to Fox News, a spokesperson for Barclays Center said that the scheduled game proceeded according to schedule despite the brief interruption from protesters.

“Barclays Center briefly closed its doors today in order to clear protestors from the main doors on the plaza and ensure guests could safely enter the arena,” the statement said. “Only ticketed guests were able to enter the building and the game proceeded according to schedule.” 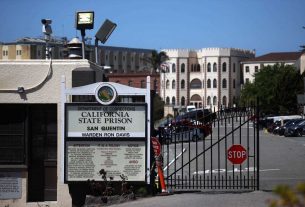 Coronavirus Infects Half Of Incarcerated People At San Quentin Prison

The Colombian actress Sofia Vergara starred in a local …