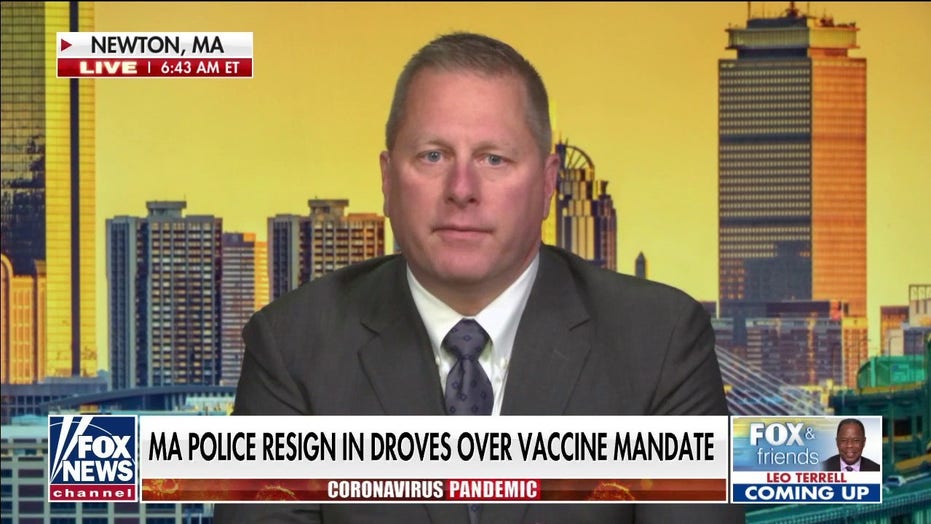 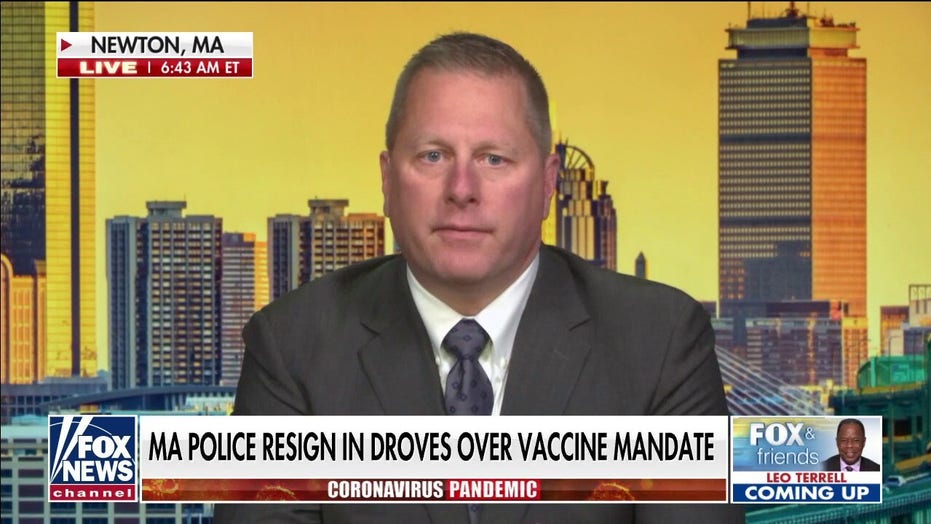 Mass. officers set to resign in droves over vaccine mandate

Massachusetts State Police Association President and Sergeant Mike Cherven says that officers have not been told if ‘reasonable alternatives’ will be granted, such as weekly testing or masking

Filed on Tuesday, the complaint asks the Health and Human Services Department’s Office of Civil Rights (OCR) to “seek a binding voluntary resolution agreement with all the guilty parties.”

“This agreement should include appropriate remedial action, training, and ongoing monitoring of respondents by your office,” the complaint reads.

“No one seeking medical care should ever be sent to the back of the line because of their race, but that is exactly what the state of New Hampshire did with COVID-19 vaccinations. HHS must investigate and hold New Hampshire accountable for its blatantly illegal discrimination,” EPPC policy analyst Rachel Morrison said in a press release.

The complaint focuses on a 28-year-old White male, whose name was redacted from the version of the complaint released to the public. According to the complaint, the anonymous man was at heightened risk for the COVID-19 virus but was notified via an automatic recording that appointments were “fully subscribed” for people of color.

“On April 2, 2021, he called the Public Health Council of the Upper Valley to request a COVID-19 vaccination appointment. He was told through a recorded message that appointments were ‘fully subscribed for people of color,’” the complaint reads.

That allegedly came after the state of New Hampshire prioritized minorities as part of an effort to aid “disproportionately impacted populations.”

The complaint demands HHS cease funding of both the state and the public health council until it receives written assurances that they won’t discriminate on the basis of race.

It reads: “Although it is unclear if the state continues to discriminate on the basis of race, color, or national origin, at least as late as June 27, 2021, the state’s main COVID vaccine website continued to state that ‘appointments are limited’ and ‘dependent on [vaccine] supply,’ which left open the door to state discriminating against whites.”

The governor’s office, state department of health and Public Health Council of the Upper Valley did not immediately respond to Fox News’ request for comment.

According to Valley News, the Public Health Council of Upper Valley touted its focus on people who identified as non-White.

“We are thrilled that the Upper Valley Public Health Region was able to provide this opportunity to so many of our neighbors who identify as Black, Indigenous or a person of color,” said executive director Alice Ely.

Gov. Sununu reportedly touted the statewide policy as a way to ensure “equity.”

“We have a plan in terms of allocating a certain amount of our vaccine to ensure equity,” he said, according to InsideSources.com. “A plan to reach our communities that tend to be inequitably served by our healthcare system.”

Elizabeth R. Daly, who heads the Bureau of Infectious Disease Control at the state Department of Health and Human Services, similarly said: “We have a commitment of equitable allocation of the vaccine.”

Daly added: “And part of that plan involves meeting the needs of those people who’ve been disproportionally impacted by COVID-19. This includes people who are in racial and ethnic minority groups.”

This wasn’t the first time a state attempted to prioritize racial minorities over White residents. Fox News previously reported on Vermont’s decision to open up vaccine eligibility to non-White individuals. 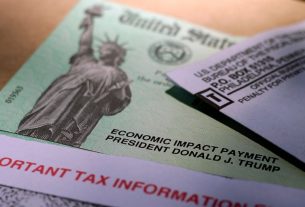 IRS says new round of COVID relief payments on the way