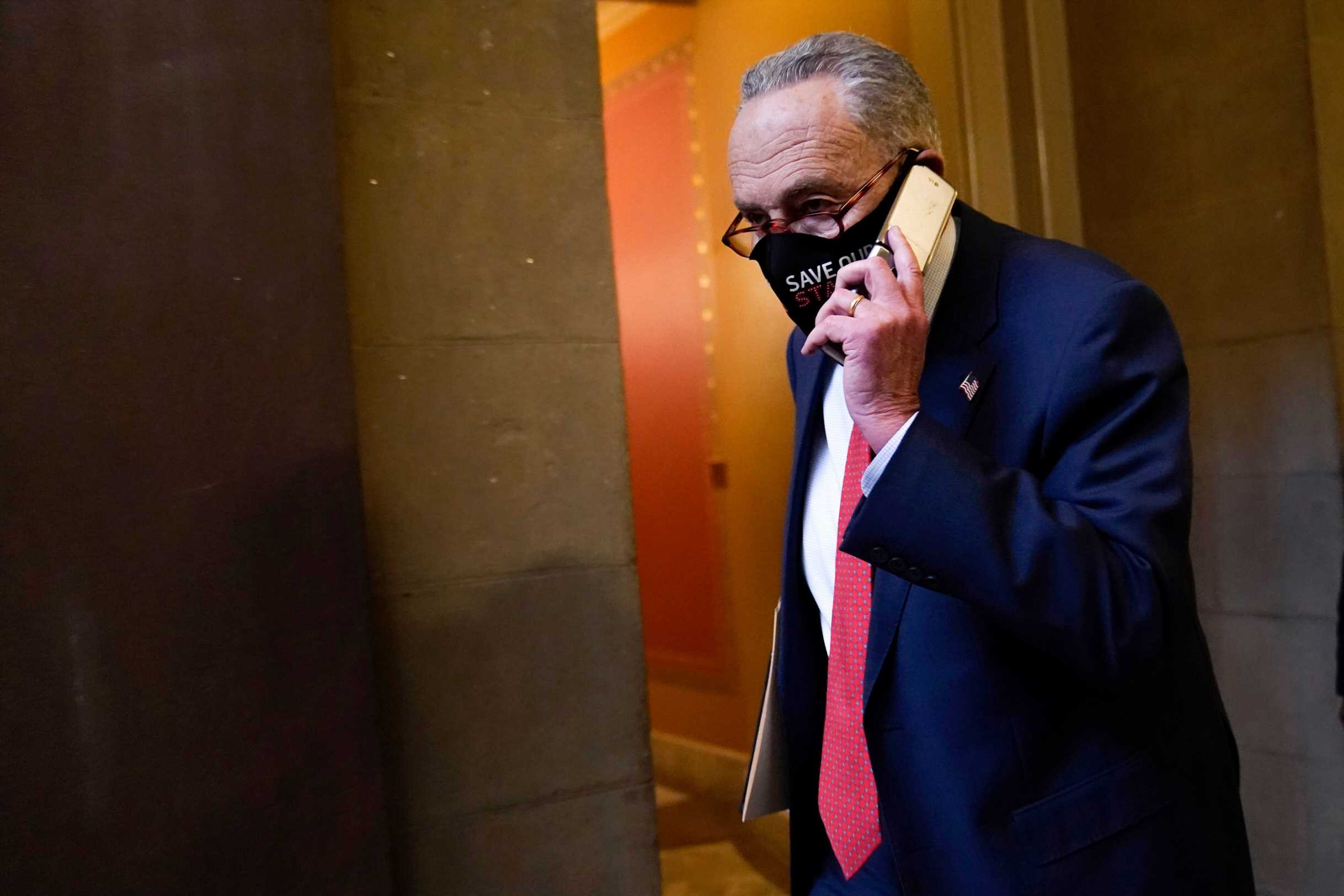 WASHINGTON (AP) — Top negotiators appear on the brink Sunday of agreeing to long-delayed legislation to deliver a new round of aid to pandemic-slammed businesses, $300 bonus jobless benefits and a $600 direct payment to most Americans, an aid package that is smaller than Democrats and President-elect Joe Biden would like.

The must-pass measure, coming in at more than $900 billion, is expected to be released late Sunday and would be brought immediately to the House floor for a vote. It includes tens of billions of dollars to pay for distributing vaccines, help schools reopen, and bail out struggling transit systems and the Postal Service.

Propelling optimism on Sunday was a Saturday night agreement on the last major obstacle to a COVID-19 economic relief package, top negotiators agreed, yet Sunday was being spent ironing out a handful of issues. All sides said a Sunday agreement appeared very likely, but it quickly became clear that another stopgap funding bill would be needed to avert a partial government shutdown at midnight.

“Barring a major mishap, the Senate and House will be able to vote on final legislation as early as tonight,” said Senate Minority Leader Chuck Schumer, D-N.Y.

The Saturday night breakthrough involved a fight over Federal Reserve emergency powers that was resolved by Schumer and conservative Republican Pat Toomey of Pennsylvania. Aides to lawmakers in both parties said the compromise sparked a final round of negotiations.

Lawmakers and aides said it would likely require all of Sunday to finalize and draft the final agreement, which was already guaranteed to be the largest spending measure yet, combining COVID-19 relief with a $1.4 trillion omnibus spending bill and reams of other unrelated legislation on taxes, health, infrastructure and education.

The virus relief measure was finally nearing passage amid a frightening spike in coronavirus cases and deaths and accumulating evidence that the economy was struggling.

Late-breaking decisions would limit $300 per week bonus jobless benefits — one half the supplemental federal unemployment benefit provided under the CARES Act in March — to 10 weeks instead of 16 weeks as before. The direct $600 stimulus payment to most people would be half the March payment, subject to the same income limits in which an individual’s payment begins to phase out after $75,000.

President Donald Trump was supportive, particularly of the push for providing more direct payments. “GET IT DONE,” he said in a late-night tweet.

It would be the first significant legislative response to the pandemic since the $1.8 trillion CARES Act passed virtually unanimously.

The COVID-19 legislation was held up by months of dysfunction, posturing and bad faith. But talks turned serious last week as lawmakers on both sides finally faced the deadline of acting before leaving Washington for Christmas.

The measure was being added to a $1.4 trillion spending bill and combined with lots of other unfinished work, including previously stalled legislation to extend tax breaks, authorize water projects, and address the problem of surprise sky-high medical bills for out-of-network procedures.

It would be virtually impossible for lawmakers to read and fully understand the sprawling legislation before a House vote. Senate action would follow.

In the meantime, with a government shutdown deadline looming at midnight Sunday, lawmakers faced the reality of needing to enact another temporary spending bill — the second in as many days — to avert a shutdown of non-essential activities by federal agencies on Monday. They had not announced any plans, but such legislation quickly swept through on Friday to keep the government fully open another two days for weekend talks.

Lawmakers had hoped to avoid that step, but progress slowed Saturday as Toomey pressed for the inclusion of a provision to close down Fed lending facilities. Democrats and the White House said it was too broadly worded and would have tied the hands of the incoming Biden administration, but Republicans rallied to Toomey’s position.

The Fed’s emergency programs provided loans to small and mid-size businesses and bought state and local government bonds. Those bond purchases made it easier for those governments to borrow, at a time when their finances were under pressure from job losses and health costs stemming from the pandemic.

Treasury Secretary Steven Mnuchin said last month that those programs, along with two that purchased corporate bonds, would close at the end of the year, prompting an initial objection by the Fed. Under the Dodd-Frank financial overhaul law passed after the Great Recession, the Fed can only set up emergency programs with the support of the treasury secretary.

Toomey said those emergency powers were designed to stabilize capital markets at the height of the pandemic this spring and were expiring at the end of the month anyway. Democrats said that Toomey was trying to limit the Fed’s ability to boost the economy, just as Biden prepared to take office.

The emerging agreement on virus aid would deliver more than $300 billion to businesses and provide money for vaccine distribution, renters, schools, the Postal Service and people needing food aid.

The governmentwide appropriations bill would fund agencies through next September. That measure was likely to provide a last $1.4 billion installment for Trump’s U.S.-Mexico border wall as a condition of winning his signature.