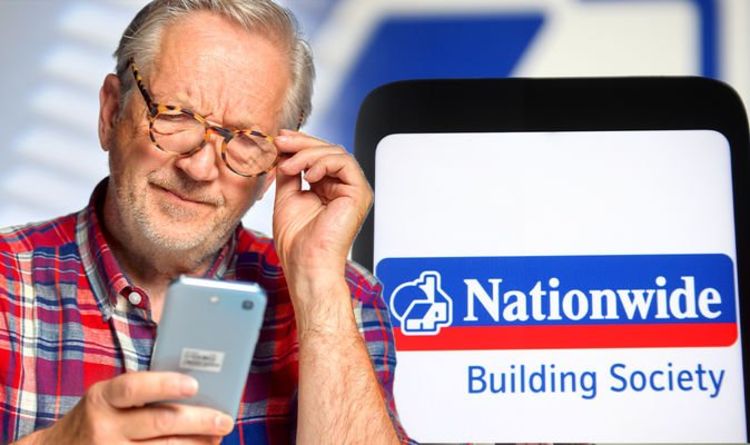 Over the past few weeks Nationwide customers have been slammed by online banking and payment delays or errors on three separate occasions. In an attempt to correct their wrongs, Nationwide has issued a £60 apology to those that have been affected, but many have complained that this is simply not enough.

Many were dismayed at the small sum and it appears some customers who had been greatly affected had not received the compensation at all.

Twitter user Sophie Crote shared: “I was affected by this as I was also unable to receive my money that was to feed my children!”

The issue was resolved later on the same day but many were still affected by the outage.

Nationwide has taken full responsibility of these issues, stating on their website: “We understand the inconvenience these delays caused for our members.

“We take complete ownership for this, and we’re very sorry.”

They continue to note that the affected members will receive “a payment to cover any charges or inconvenience incurred”.

Nationwide has reported that those who were affected should receive a letter and text message, if they have provided a mobile number to the building society, with further information on the payment.

They also advised customers to log into their internet banking or banking app and double-check that any direct debits or standing orders they were due to pay have gone through.

Customers who note a missing payment are advised to contact the company they owe and explain the situation.

A Nationwide Building Society spokesman said: “We have contacted and compensated members who experienced a failed Direct Debit on January 4 as a result of not being able to transfer the necessary funds into their accounts.

“We apologise for the inconvenience caused. Any member who experienced additional issues as a result of recent payment delays can visit us in branch, contact us on 0800 302 011 or via Twitter (@AskNationwide) to discuss their circumstances.”

The sheer number of outages during the most expensive season of the year has upset many Nationwide customers, majority of which don’t believe that a mere £60 is enough to cover the damages caused.

Any customers who may have not noticed that their direct debits and standing orders have gone unpaid could now be liable for fines, late charges and interest fees on top of their bill despite this all being no fault of their own.

The @AskNationwide Twitter account has shared guidance for users who believe they are also entitled to the apology payment: “We are only compensating members who we identified as having missed direct debit payments due to insufficient funds being in the account as a result of our payment delays.”

Customers are also advised to see the Nationwide help page on their website for further information about the situation.

This article previously stated the £60 apology was for issues experienced in December. This is not correct as Nationwide provided the £60 for those who experienced a failed Direct Debit due to a specific issue on January 4, 2022. We are happy to set the record straight.

You can add new features to Chrome by installing extensions…