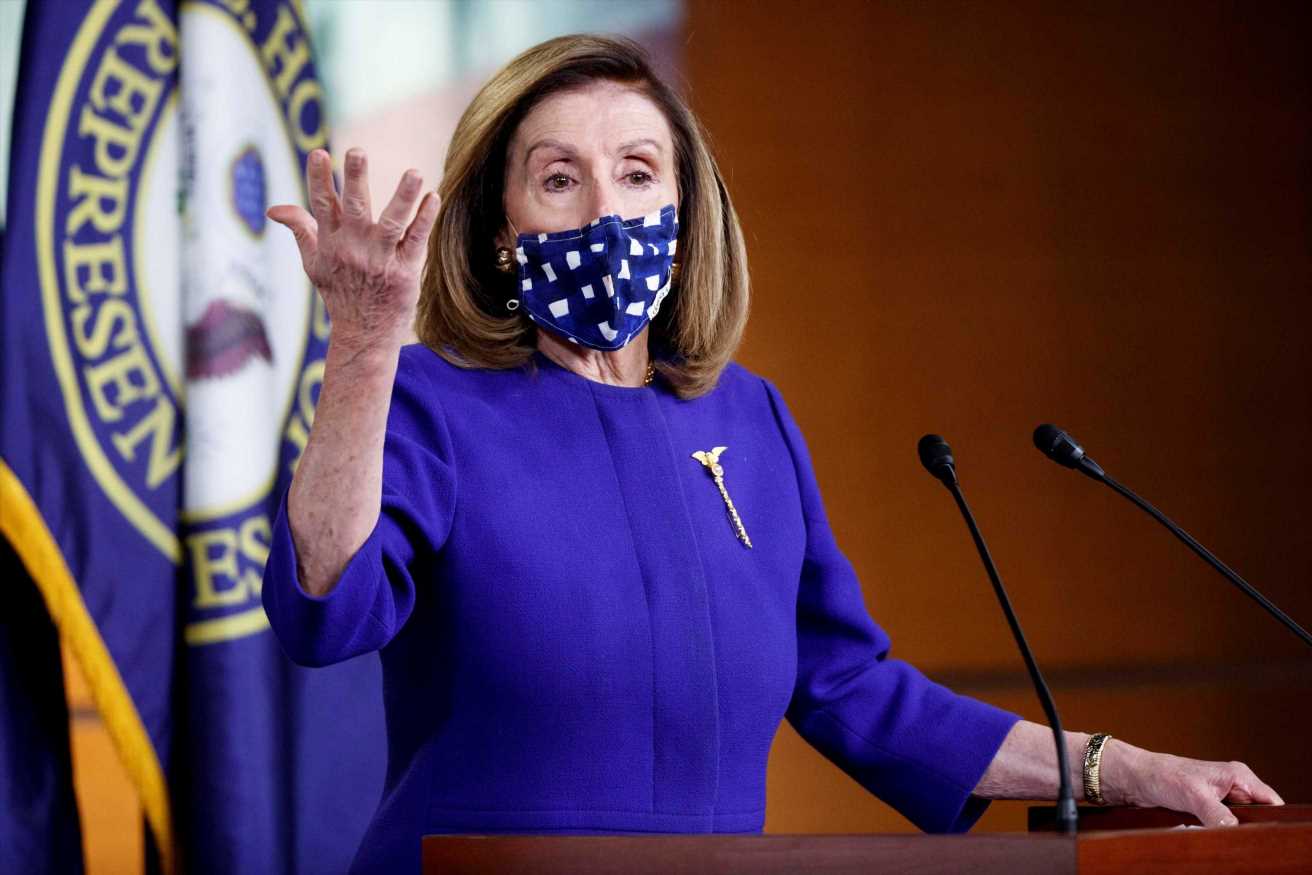 House Speaker Nancy Pelosi (D-Calif.) said Sunday that the U.S. House and the Trump administration would need to come to an agreement on the next phase of pandemic-related economic stimulus by Tuesday for a coronavirus relief package to have any chance of passing before Election Day.

“We have to freeze the design on some of these things,” Pelosi said on ABC’s ”This Week.” “Are we going with it or not?”

The speaker has had a number of discussions with Treasury Secretary Steven Mnuchin over the last few months, reportedly trying to agree on legislation that could pass in the Democrat-controlled House and earn Trump’s approval. In that time, Trump himself has undermined the negotiations by publicly ordering his representatives to withdraw from talks until after the election and allowing his vindictiveness to seep into the debate over which Americans receive vital aid and how it is dispersed. On Thursday, Trump admitted his “pride” wouldn’t let him support the deal Pelosi proposed because it included funding for Democrat-led states and cities, which have been devastated by the pandemic.

Pelosi said one key sticking point holding up an agreement is the Trump administration’s insistence on watering down language that would allow the government to impose testing guidelines as part of a national strategic plan to curb the spread of the coronavirus.

“With all due respect to some of the people in the president’s administration, they’re not legislators,” Pelosi said Sunday. On Thursday, Mnuchin reportedly told Pelosi the White House had only “minor” modifications to make to Democrats’ spending proposal, which includes expanded unemployment benefits and funding for widespread testing and contact tracing. But the administration’s modifications weren’t minor at all, according to the speaker.

“They changed ‘shall’ to ‘may,’ ‘ requirements’ to ‘recommendations,’ ‘plan’ to ‘strategy,’” Pelosi said. She said she is “optimistic” a deal can still be reached but confirmed Democrats want to include language that would obligate the administration to actually spend money allocated by Congress.

“When you say ‘may,’ you’re giving the president a slush fund ― he may grant, he may withhold,” Pelosi said. She insisted Democrats’ original language would bind the administration to the testing strategy and force it to act in accordance with health guidelines.

Even if Pelosi and Mnuchin reach an agreement, it is unclear whether the deal would stand any chance in the Republican-controlled Senate, particularly as GOP senators are intently focused on confirming another conservative justice to the Supreme Court before Election Day.

Senate Republicans support a much smaller coronavirus relief package, including decreasing the amount of the now-expired unemployment benefits some Americans received during the first round of coronavirus relief and not including additional relief checks like the $1,200 many Americans received in the first package. Senate Majority Leader Mitch McConnell (R-Ky.) is refusing to allow a vote on the coronavirus relief bill the House passed earlier this month as well as a previous version of the bill introduced in May. On Saturday, McConnell said the Senate will instead vote again on the GOP’s smaller relief bill, which Democrats blocked in September.

The pandemic has ravaged state economies and shuttered thousands of American businesses, including disproportionately high rates of businesses with nonwhite owners. With winter fast approaching, infection rates ticking up across the country, and health officials continuing to stress the importance of social distancing, pandemic relief over the next few months could set the trajectory of the U.S. economy for the next few years, at least.

Everyone deserves accurate information about COVID-19. Support journalism without a paywall — and keep it free for everyone — by becoming a HuffPost member today.

How did australian bushfires start