MSNBC host Joy Reid admitted on Thursday she was hesitant to take the COVID vaccine when former President Donald Trump was in office before changing her position under President Joe Biden.

One of the “rationale” people the far-left MSNBC host had in mind could have been Vice President Kamala Harris, who famously said “if Donald Trump tells us that we should take it, I’m not taking it” during a vice presidential debate. 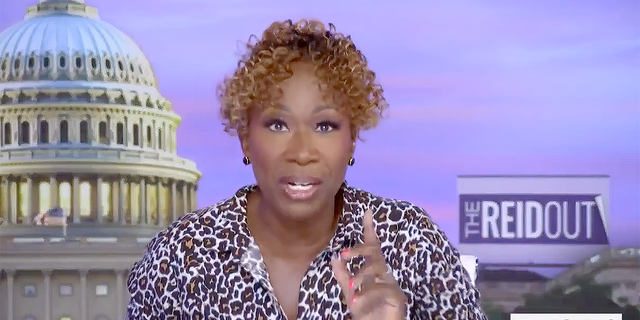 MSNBC host Joy Reid admitted on Thursday she was hesitant to take the COVID vaccine when former President Trump was in office.

As for Reid, she has been pushing the vaccine and scolding anyone who expresses hesitancy under the Biden administration. She has been caught up in a feud with Nicki Minaj after the rapper expressed hesitancy over the vaccine herself. The chyron on Reid’s program has even called the GOP the “anti-vax party.”

Journalist Drew Holden tweeted Reid “used her platform to push unfounded vaccine fears because she didn’t like the guy in the Oval Office” and provided examples of the MSNBC host’s hypocrisy.

Holden unearthed an August 2020 segment in which Reid had a doctor on her program to say that she wouldn’t advise patients to take the vaccine even if the head of the FDA signed off on it before clinical trials were complete.

“A few weeks later, in early September, she doubled down, endorsing an article titled ‘Trump’s vaccine can’t be trusted,” Holden wrote. “You may remember that the vaccine (which Reid now firmly endorses) rolled out under Trump.”

Holden also found evidence that Reid has rhetorically asked viewers why they’d trust the vaccine under Trump multiple times and declared she “wouldn’t go near” anything the Trump administration developed.

“Now, of course, Reid has entirely changed her tone, because it’s politically advantageous. Now she can’t possibly understand why any knuckle dragging moron wouldn’t take a vaccine that public health experts have endorsed,” Holden wrote. “I would encourage her to look into the mirror.”

Columnist Jason Whitlock recently called Reid a “phony” who will parrot anything “the left tells her to be down with” as long as her paychecks clear and she is accepted by liberal influencers.

“She done sold out for money and now she’s down with any and everything the left tells her to be down with … People need to do what makes sense for them. We need to get up out of each other’s business,” Whitlock said on his podcast. “Joy Reid needs to shut up because she ain’t saying what she really believes. We seen the blog posts and all the stuff from her past, what she really believes.”

The hosts of the morning radio show “The Breakfast Club” also knocked Reid’s hypocrisy for scolding Minaj over her vaccine skepticism. Co-host Angela Yee read aloud Minaj’s tweets firing back at the MSNBC host, including one that invoked a tweet Reid wrote nearly a year ago expressing doubt in the vaccine under President Trump, writing, “Who on God’s green earth would trust a vaccine by the @US-FDA?”

“And that’s why you gotta have more grace,” co-host Charlamagne Tha God said. “Because just months ago, that’s how she felt. And there’s still some people who feel like that. So why not use these moments to teach instead of bash each other?” 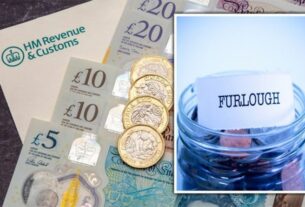 Jeuner des canotiers, is a painting by French impressionist Pierre-…