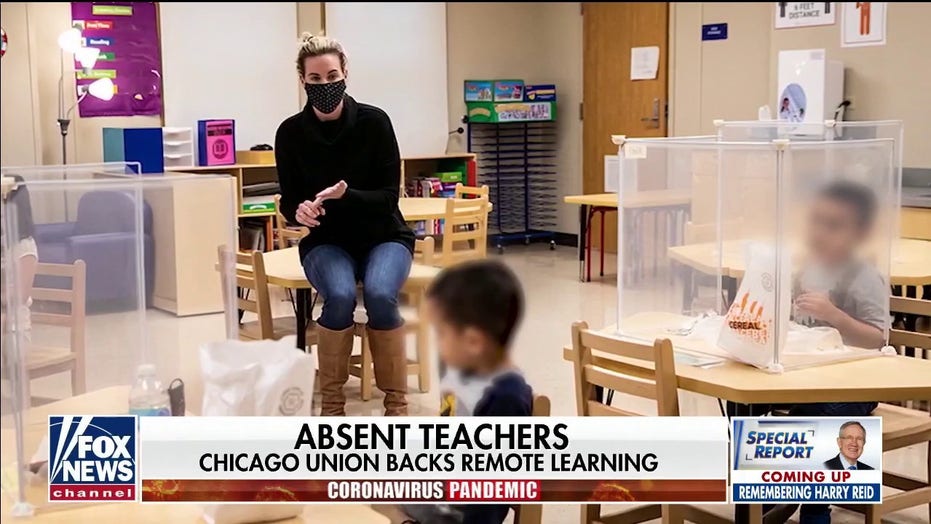 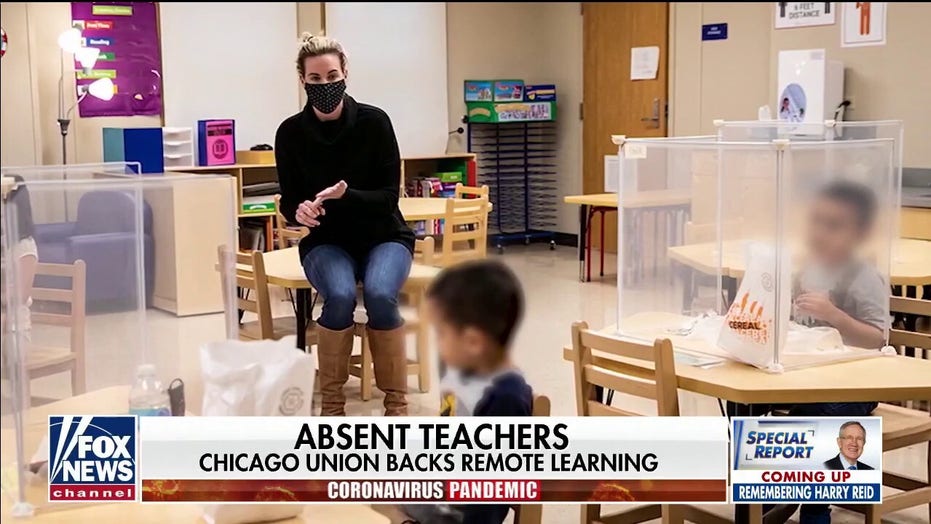 MSNBC eagerly touted Politico’s fretful article that Republicans are responsible for the “politicized” nature of school board elections across the country on Thursday, with one host saying it was part of a “war on education.”

On “Deadline: White House,” anchor Nicolle Wallace complained Republicans were opening a “new front in their war on education” and looking to make school board races “more partisan.”

“Republicans are eyeing a new front that could make the education wars of the 2021 elections that they politicized and campaigned on even more contentious and polarized by next year’s midterm elections,” Wallace said, in a clip flagged by conservative media watchdog NewsBusters. 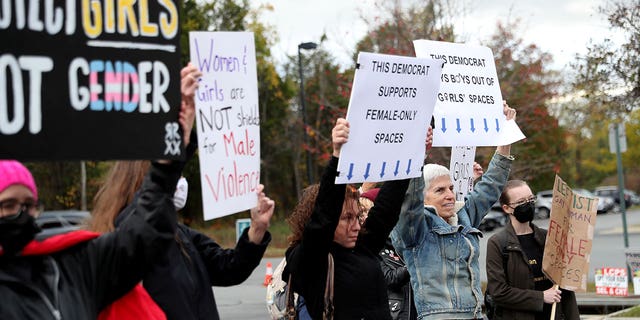 People gather to protest different issues including the board’s handling of a sexual assault that happened in a school bathroom in May, vaccine mandates and critical race theory during a Loudoun County School Board meeting in Ashburn, Virginia, U.S., October 26, 2021.
(REUTERS/Leah Millis)

She read out a Politico article that drew derision from conservatives for taking a negative tone on Republicans seeking more accountability for their school boards, as debates rage nationwide over topics like critical race theory, mask and vaccine mandates in the COVID-19 era, and other hot-button issues.

“I just think it’s just emblematic of how everything has become hyper-politicized nowadays,” Politico’s Sam Stein said. “Down to the local elections, school board elections. Obviously, what we saw over the summer in the lead-up to the Virginia gubernatorial elections was that issues like critical race theory, high school curriculum, local school board elections, became flashpoints. They became galvanizing issues for Republicans. Now some of it was not, you know, grounded in reality. Critical race theory is not being taught in elementary schools, for instance, and yet this was something that got Republicans and the grassroots really energized and jazzed, so the natural manifestation of that is then take that energy and apply it to these elections.”

Although liberal media members have repeatedly insisted critical race theory – a curriculum broadly defined as teaching about the inherent racism of American institutions – isn’t being taught to school-age children, explicit or subtle versions of it are being taught at schools all over the country. Other liberals frequently conflate conservative opposition to CRT as a wish to ban teaching about slavery, Jim Crow laws, and other historic injustices.

Stein said the “practical outcome” was school curriculums could change.

Wallace said it was “so disturbing” and turned to Errin Haines of The 19th, who similarly worried that parents’ rights would be a “buzzword” in 2022, a year that is expected to be politically difficult for Democrats as they try to maintain unified power in Congress.

“And you know, while it’s important to note that classroom culture wars are really nothing new and have been part of a divisive yet effective kind of partisan playbook that taps into some, not all, white suburban voters’ fears, as a way to mobilize them to the polls, parenting and parent’s rights is absolutely going to be politicized in 2022. So, you know, school boards have long been the domain of local education and school government reporters, but some of us are going to have to dust off those chops and those skills because this is really where the battle is going to be waged in the midterms,” she said.

An energetic booster of the Democratic Party and lead anchor for MSNBC’s political coverage, Wallace memorably fumed when Republican Glenn Youngkin led a GOP sweep in Virginia in part over opposition to critical race theory, saying it “isn’t real.”