Interest rates 'not getting fed through' to savings says expert

Yesterday, the Bank of England raised interest rates for a second time in three months, to 0.5 percent from 0.25 percent. The decision came as the Bank warns surging energy bills could see inflation rise to more than 7 percent by April. Warning that families face the biggest fall in their disposable income for three decades this year, the Bank’s policy committee voted by a narrow majority to raise its base rate to tackle soaring inflationary pressures. The picture for the UK economy is one of doom and gloom for many; the cost of living crisis could see people across the country endure further price hikes.

Helen Morrissey of Hargreaves Lansdown tells Express.co.uk that people paying off their mortgages could find themselves with bigger bills.

She said: “Mortgage rates are the big one, people have been used to very low interest rates for a long time.

“They haven’t really been used to interest rate hikes either so they might be a bit concerned.

“What you have got to hope is that we see savings rates go up as well, the interest you can get on cash savings at the moment is absolutely, ridiculously low.

“You’ve got to hope that when interest rates rise the banks will pass some of those increases to people, so they are getting a bit more from their savings.”

The average Briton could now endure extra repayments of £552 per year, the Mail reports.

As for saving rates, some experts expect only a small rise, and the best savings deals will almost certainly be reserved for longer term fixed rates.

Banks and building societies have been withdrawing the best rates across easy access, cash ISA and fixed term savings accounts for several weeks.

While the interest rate rise will offer moderate hope to savers, it’s unlikely that money held in existing accounts will see much change, reports the i newspaper.

The interest rate edged up from 0.1 percent to 0.25 percent in December, and this week’s rise comes as Ofgem increased the energy price cap by 54 percent to £1,971.

Chancellor of the Exchequer Rishi Sunak has tried to address the economic concerns facing the UK.

He has warned that workers on average salaries will “feel the pinch” when the energy price cap soars by nearly £700 from April.

He said: “The price rise is so significant that it’s not just those families who are on benefits that are going to feel the pinch, it’s actually middle-income families as well.”

The Government has sought to ease the cost-of-living crisis by offering most households £350 in support.

However, critics have claimed this will do little to help those most affected.

The Resolution Foundation think tank has predicted that five million households will be under “fuel stress”, twice the current number.

Mike Brewer, chief economist at the think tank, said: “The £350 energy bill rebates will soften the cost of living crunch this spring, but families across Britain are still set for recession-era levels of squeezed budgets this year, with the average family seeing their incomes fall by £1,000 over the course of 2022.”

Meanwhile, water bills will also rise by almost two percent in England and Wales from April, Water UK has said.

Christine McGourty, the head of Water UK, said people would still be paying “little more than £1 a day for water” after a 1.7 percent rise in water bills was announced.

She added: “But we know this is a difficult time for many, and no one should have to worry about their household essentials.

“There is a wide range of support available for those in need, and I would urge anyone who’s concerned to get in touch with their water company.”

As an alternative to classic foundation courses, this innovative … 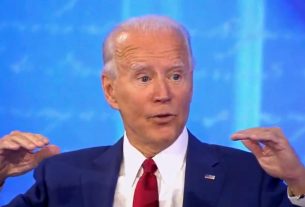