Sen. Mitt Romney (R-Utah) slammed the United States’ record on testing for the coronavirus, saying it was “nothing to celebrate whatsoever.”

“I understand that politicians are going to frame data in a way that’s most positive politically,” Romney said Tuesday during a virtual Senate committee hearing on how the U.S. could “safely” return to work and school amid the COVID-19 pandemic.

“Yesterday you celebrated that we had done more tests per capita even than South Korea,” Romney added, referring to comments President Donald Trump and testing coordinator Adm. Brett Giroir had made the day before at the White House’s coronavirus briefing. “But you ignored the fact that they accomplished theirs at the beginning of the outbreak, while we treaded water during February and March.”

As the number of cases in the U.S. began to climb in March, governors and public health experts called out the Trump administration for the lack of available tests. The U.S. had conducted about 2,000 tests by March 6, Romney noted Tuesday. South Korea had administered more than 140,000 at that point.

Romney also pointed to the countries’ death tolls: South Korea had nearly 11,000 confirmed cases and 258 deaths as of Tuesday, while the U.S. led the world with over 1.3 million confirmed cases and more than 81,000 deaths. Dr. Anthony Fauci, the nation’s leading expert on infectious diseases, told the Senate on Tuesday that the true coronavirus death toll is “certainly” higher than what has been reported.

“I find our testing record nothing to celebrate whatsoever,” said Romney, who is a frequent Trump critic. (Trump, in turn, didn’t invite Romney to join a congressional committee on reopening the economy; he was the only Senate Republican left out.)

Trump has repeatedly touted his administration’s response to the coronavirus, including celebrating testing numbers. As of Monday, the U.S. had tested nearly 400,000 people in a day, a new high, per the COVID Tracking Project.

But experts say the U.S. has to administer far more tests daily, as well as implement effective contact tracing, in order to reopen economies without spurring new outbreaks — but such a comprehensive nationwide program appears unlikely.

One Harvard University model and a New York University economist separately suggest the U.S. needs to reach up to 20 million tests a day, The New York Times reported. Giroir estimated on Tuesday that the country could administer about 40 million to 50 million tests per month by September.

Meanwhile, several states have reopened businesses in recent days — often going against the advice of public health experts and doing so before seeing a steadily declining number of coronavirus cases. Trump, however, has pushed for the economy to reopen.

On Tuesday, Fauci cautioned Americans, saying that going back to normal life too early could lead to a significant increase in coronavirus cases.

“If you think we have it completely under control, we don’t,” Fauci said, contradicting the president’s previous assertion that the virus was “well contained.” 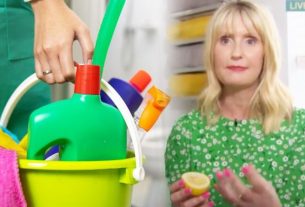 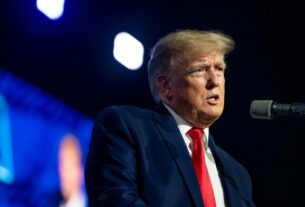 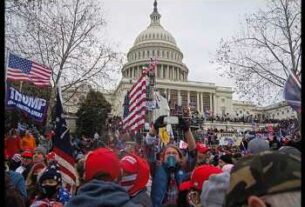