This direction of travel means anyone with debt needs to get on top of it as soon as possible, to make it safer before things get more expensive. So let me take you through the big categories to see if you can save £100s or £1,000s.

1. MORTGAGES: The cheapest rates have disappeared.

The latest 0.25 percent point base rate increase adds roughly £12/mth per £100,000 of mortgage for those on standard variable rates or tracker mortgages.

Those on fixes won’t see a change until their deal ends, but then many will be in for a shock. Back in October, there were over 50 fixed-rate mortgage deals below one percent. Now the lowest fix is 2.1 percent.

With further rate rises predicted, if you’re not locked into a fix or your fix is nearly ending, checking if you can save now is a must-do.

Look at your existing lender’s deals. This is called a ‘product transfer’. It used to be a crap option, but these days, as existing lenders can forgo affordability checks if you’re not borrowing more and there’s likely to be less paperwork and fewer fees, it’s a good benchmark.

Speedily check if other deals out there can beat that. Use a whole of market comparison site that covers all deals, including ‘direct only’ (ie, those that aren’t offered by a broker) such as my www.moneysavingexpert.com/mortgages/best-buys comparison.

If it looks like switching’s a winner, focus on acceptance. Lenders do both credit and affordability checks which can kibosh applications. It’s tough to know who’ll accept you but find a good mortgage broker and they have information on this that’s very difficult for consumers to get themselves. Sites such as www.unbiased.co.uk can help you find a face-to-face broker near you.

2. CREDIT AND STORE CARD DEBT: Shift to up to 34mths zero percent.

A zero percent balance transfer is where you get a new card to repay debt on old cards for you, so you owe it instead but at zero percent. As more of your repayments then clear the debt itself rather than cover the interest, you get debt-free much quicker (as long as you don’t borrow more).

Check what cards will accept you before you apply using an eligibility calculator. Some firms offer this for their own cards, or you can use my www.moneysavingexpert.com/EligibilityCalc which shows your chances for most top cards, all in one place.

Up to 34 months zero percent is available. Lenders including uk.virginmoney.com and www.hsbc.co.uk offer deals over 30 months, for a roughly three percent fee (at the time of writing). Though if you can repay quicker www.santander.co.uk offers the longest no-fee card on the open market, at 21 months – so if you can repay in that time, there’s no cost.

Do watch out though: some cards are ‘up tos’, meaning some accepted won’t get the full zero percent length. Check for this in the summary box before applying.

Overdrafts are an even bigger danger than card and loan debt. Almost all major banks charge about 40 percent EAR for overdrafts, double the interest of many high street credit cards.

That means most people with credit cards and overdrafts should pay the minimum on the card and focus on reducing the overdraft, not vice versa.

With an overdraft, do try to repay a set amount each month, eg, £50 (so you should start the next month with a £50 smaller overdraft than the month before).

I’ve three questions for you. A) Do you struggle to make the minimum monthly payments? B) Is your total debt (excluding mortgage and student loan) over a year’s salary? C) Do you have sleepless nights or depression/anxiety over debt?

If you’ve said yes to any of these, forget the solutions above and instead get free, one-to-one debt counselling from www.citizensadvice.org.uk, www.stepchange.org or www.nationaldebtline.org. They’re there to help, not judge.

Martin Lewis is the Founder and Chair of MoneySavingExpert.com. To join the 7.5 million people who get his free Money Tips weekly email, go to www.moneysavingexpert.com/latesttip. 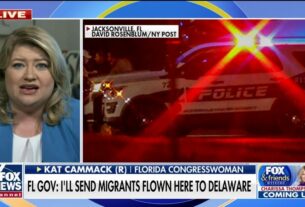 Florida Rep. rips Biden admin for 'perpetuating' border crisis: It's a 'slap in the face' 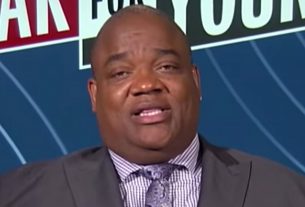 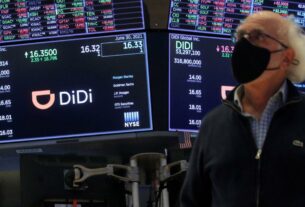 China's Didi is delisting from the NYSE