The House committee investigating the Jan. 6 attack on the Capitol released a report on Sunday detailing its case to hold Mark Meadows in contempt of Congress. The report paints a damning portrait of the former White House chief of staff’s involvement in the effort to overturn the results of the 2020 election, an effort that included Meadows saying that the National Guard would be at the Capitol on Jan. 6, ready to “protect pro-Trump people.”

The committee will vote Monday on whether to advance proceedings to hold Meadows in contempt. If it does, as is expected, the House of Representatives is expected to vote on the measure later this week. If the House approves the measure, as is expected, the matter will move to the Justice Department. Steve Bannon was the subject of a similar process in the fall, and on Nov. 12 the former Trump adviser was charged with two counts of criminal contempt.

The Private Lives of Liza Minnelli (The Rainbow Ends Here)

Bannon had long stopped working in government by the time of the 2020 election and its conspiracy-laden aftermath. Meadows, however, was deeply enmeshed in the goings-on of the White House and its relationship to Congress. The report released Sunday adds to some of the tidbits the committee released last week about how Meadows reportedly used his position to advance the effort to overturn the election results.

It notes that in the days after the election, Meadows discussed appointing pro-Trump electors in states Biden won and that he tried to put Trump in touch with state legislators who had the power to make this happen. It notes that Meadows pressured the Justice Department to investigate bogus allegations of voter fraud. It also notes that he texted organizers of the rally that preceded the riot at the Capitol. The list goes on.

The report does not go into detail about the context surrounding Meadows noting that the National Guard would be on hand to protect Trump supporters, only that it came in an email sent Jan. 5 and pertained to the Guard being present at the Capitol. The Guard’s slow response to the riot has been a subject of controversy. Col. Earl Matthews, a former Guard official, earlier this month accused two generals of lying to Congress about what happened.

The information in the report released Sunday comes from thousands of pages of records Meadows provided to the committee before he reversed course last week and decided to defy his subpoena. In a letter informing Meadows’ attorney that the committee had “no choice” but to hold Meadows in contempt, Chairman Bennie Thompson (D-Miss.) wrote that Meadows texted with a member of Congress about installing alternate electors. “I love it,” Meadows responded to the idea.

Thompson also wrote that the committee obtained an email from Meadows that referred to a PowerPoint presentation titled “Election fraud, Foreign Interference & Options for 6 JAN.” It was later reported that the presentation mentioned the possibility of Trump declaring a national security emergency in order to delay the certification of the election results, and that Phil Waldron, a retired army colonel who circulated a version of the presentation, says he met with Meadows several times, and that he or his team briefed members of Congress.

The 51-page report the committee released Sunday says essentially that the committee really needs to ask Meadows about all of this stuff, which is rather relevant to its goal of getting to the bottom of what happened on Jan. 6 — to say the least. It’s a solid and often stunning body of evidence laying out the (partial) extent of the Trump administration’s very real, very serious effort to subvert democracy. If what happened to Bannon is any indication, Meadows is likely to find himself staring down federal contempt charges in the near future.

Here on SofaScore livescore you can find all Arsenal … 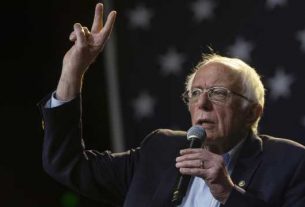