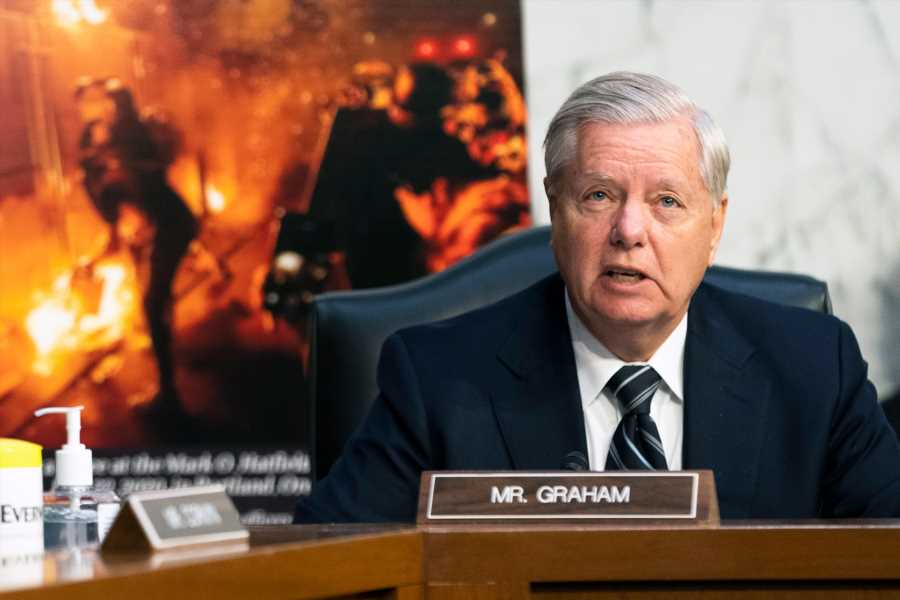 On the day President Joe Biden delivered a speech in Georgia advocating for amend Senate filibuster rules in order to pass voting rights legislation, Republicans argued against ensuring every American is able to participate in free and fair elections, preferring to keep laws that suppress the vote on the books.

“When it comes to protecting majority rule in America, a majority should rule in the United States Senate,” Biden said in a speech delivered in Atlanta on Tuesday. “To protect our democracy, I support changing the Senate rules to prevent a minority of senators from blocking action on voting rights.”

The GOP was ready to object. Sen. Lindsay Graham called Biden’s arguments “manufactured B.S.” and praised Democratic Sens. Joe Manchin (D-W.V.) and Kyrsten Sinema (D-Ariz.) who have so far opposed ending the filibuster. “God bless Sinema, God bless Senator Manchin. I hope they hold. I believe they will,” Graham said during an interview with far-right outlet Newsmax. The senator then said that voting rights shouldn’t be an issue because states like South Carolina “make it easy to vote.”

“We had the largest turnout in the history of the state” in 2020, Graham said.

Graham and his fellow Republicans neglect two important facts in arguing that it was easy to vote in 2020.

First, it was not easy to vote in 2020. While some states made it easier to vote by mail due to the pandemic, other places, like Georgia districts with high numbers of voters of color, were plagued by long lines and extended waits. Some lines for early voting in the state required voters to wait six or more hours. Even in Graham’s home state, voters in the capital waited in line for hours to vote early on the Saturday before the election. Long lines also appeared at early voting in the South Carolina towns of Mount Pleasant and Moncks Corner, where voters had to wait several hours to cast their ballots.

The other issue is that 19 mostly GOP-controlled state legislatures have made significant changes to laws with the goal of suppressing the vote since the 2020 election took place, according to the Brennan Center for Justice.

During Senate floor debate on Tuesday, other Republicans, including Sens. John Cornyn (R-Texas) and Deb Fischer (R-Neb.) spouted similar talking points, touting that 94 percent of American voters said that voting in 2020 was easy or somewhat easy, which they argued is proof the U.S. doesn’t need legislation to protect the vote.

Democratic Senate Majority Leader Chuck Schumer (D-N.Y.) trolled Cornyn when he asked to borrow a poster Cornyn brought to the House floor proudly proclaiming the statistic. “My good colleague from Texas says 94 percent of voters said voting was easy in 2020. So why don’t we keep it that way? Isn’t it true that all of the changes that we are arguing about are post 2020?” Schumer said. “And isn’t it the overwhelming likelihood that this number, if these changes go into effect, will go way down?” he added. “So we agree! 2020 worked out OK. I guess we agree, The Big Lie is false.”

Republicans aren’t joking, however, when they bash Biden’s drive to amend the filibuster rules. Senate Minority Leader Mitch McConnell (R-Ky.) said that if Democrats move to “break” the Senate, Republicans will make the Senate “more inconvenient for the majority and this White House than what anybody has seen in living memory.”

Lindsey Graham’s favorite Democrat Joe Manchin, meanwhile, spent the day defending the filibuster. “The tradition of the Senate here in 232 years now,” he said, according to Chad Pergram of Fox News. “We need to be very cautious what we do. That’s what we’ve always had for 232 years. That’s what makes us different than any place else in the world.”

Adam Jentleson, a former Harry Reid staffer who wrote a book on the filibuster, pointed out that this is not true. “This is false,” he tweeted. “The filibuster as we know it did not exist in the early Senate. The Framers favored majority rule and created rules to allow senators to cut off debate when it became obstructionist. The Senate was majority-rule well into the latter half of the 20th century.”

Manchin told Scott MacFarlane of CBS earlier on Tuesday that he would “try” to watch Biden’s address. 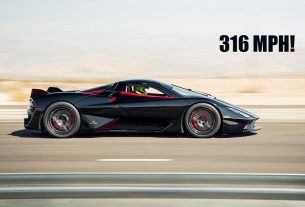 WNYCs weekly investigation into how the media shapes our …