The executive director of Australia’s biggest philanthropic journalism fund has engaged lawyers in a dispute over his ongoing employment, as the abrupt resignation of four independent directors from the organisation’s board reverberates across the media industry.

Leaked emails obtained by The Sydney Morning Herald and The Age underscore the simmering tensions atop the Judith Neilson Institute, the nonprofit journalism organisation set up by billionaire Judith Neilson in 2018.

In one of the emails, Mark Ryan, a former advisor to Paul Keating and the Lowy family who has run the Institute since 2018, urges members of an international advisory council to sign and endorse a letter to Neilson expressing serious concerns about the organisation’s future. “Those I spoke to late last week felt it was worth appealing to the patron before events spiralled out of control. Unfortunately, that ship has well and truly sailed,” Ryan says in the email. 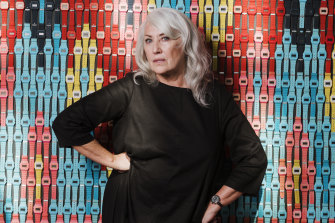 “It is not too late for JNI to step back from a destructive spiral”: War has broken at out Judith Neilson’s InstituteCredit:James Brickwood

In the correspondence, Ryan attached another letter, written by advisory council member Bruce Shapiro, an American journalist, expressing concerns the Institute was headed in a “destructive spiral”.

“We are writing with grave concern for the future of this crucial project, and to urge a constructive way forward,” the email from Shapiro states. “It is our understanding that the majority of JNI directors have recently resigned. While we cannot speak to specific operational issues, we view these internal developments with alarm.

“We urge you to reconsider the issues which have led to this unfortunate crisis and work with leaders involved to ensure JNI’s credibility, stability, independent and continuity. It is not too late for JNI to step back from a destructive spiral.” Sources familiar with the letter said some advisory members have already signed, but others are reluctant to do so.

The Sydney Morning Herald and The Age revealed on Monday that four independent directors – former NSW chief justice James Spigelman, The Australian’s Paul Kelly, Free TV CEO Bridget Fair and CEO of the Peter MacCallum Cancer Centre Kate Torney – all abruptly resigned from the JNI board last week over concerns about how future funding would be allocated.

The resignations came after a series of decisions by Neilson which caught directors off guard and indicated the Institute was moving in a new direction. Neilson now plans to take charge of the Institute, a move which has raised concerns about the nonprofit’s independence.

“It is not too late for [the Judith Neilson Institute] to step back from a destructive spiral.”

There are still three directors on the board: secretary Simon Freeman (who is the chief financial officer of Neilson’s family office), private banker Edward Jewell-Tait and Ryan. However, multiple sources have confirmed Ryan has engaged lawyers to negotiate the terms of his exit. Ryan and Freeman declined to comment on the matter.

In an email to JNI staff, also obtained by this masthead, Freeman said Neilson had decided changes at the organisation were now “desirable.”

“Judith’s wish is that the Institute refocus its activities in a way that provides more proactive support for journalism that drives positive social change,” Freeman wrote in his message to staff. “This may include an increased and more pragmatic focus than what is current on the development of journalism in youth, regional areas and migrant populations in Australia.

“It may also include, but not be limited to, a more direct and pragmatic focus on such areas as investigative journalism, photojournalism, grassroots media and enhancing access to quality journalism for those with diverse backgrounds.”

Sources familiar with the conversations between Neilson and the independent directors, who spoke on the condition of anonymity, claimed one point of tension was the board’s rejection of a proposal to form an international award, which was described as an Australian version of the Nobel Peace Prize and focused on ideas. 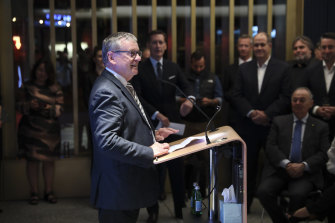 The JNI’s director of ideas and board members worked on the proposal for more than a year and high-profile figures were approached to be judges. However, according to these sources, when a detailed proposal for the prize was submitted to Neilson she indicated no longer supported it.

Ryan’s position at the JNI was another source of tensions, sources claimed. People within the organisation – and those advising it – are divided on whether to support him.

Some current and former staff believe Ryan’s work for the Institute was valuable to the media sector, which went through a tumultuous period in 2020 as the coronavirus pandemic hit. But others believe the work of the organisation was inconsistent at times and staff were overpaid. Expenses in the 2021 financial year were $7.7 million – $2.6 million of which went on JNI staffing costs.

People familiar with Neilson’s thinking said she believed the sector was now in a much better financial position thanks to media bargaining laws that led to multimillion-dollar deals between news companies and digital giants, Google and Meta. Freeman declined to comment on the matter.

Neilson committed $100 million to creating the institute in 2018. It was established as an independent and non-partisan body to encourage quality journalism through education, grants, and by hosting events on topical issues. The Sydney Morning Herald and The Age have both used funding from the institute for individual projects and to hire journalists.

The institute pledged to collaborate with university journalism schools and news organisations to improve reporting on the wider Asia-Pacific region, as well as debating key policy issues facing Australia.

A spokesperson for the Australian Charities and Not-for-Profits Commission said a charity is required to notify it of any change to its governing document and must align its work with purpose stated in it. The Institute also has Deductable Gift Recipient (DGR) status, which is usually awarded based on the purpose of an organisation. 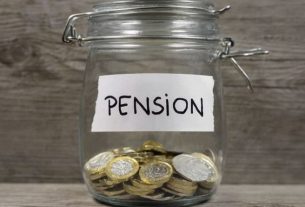 State Pension top up: Can you top up missed National Insurance contributions? 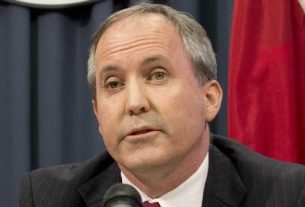