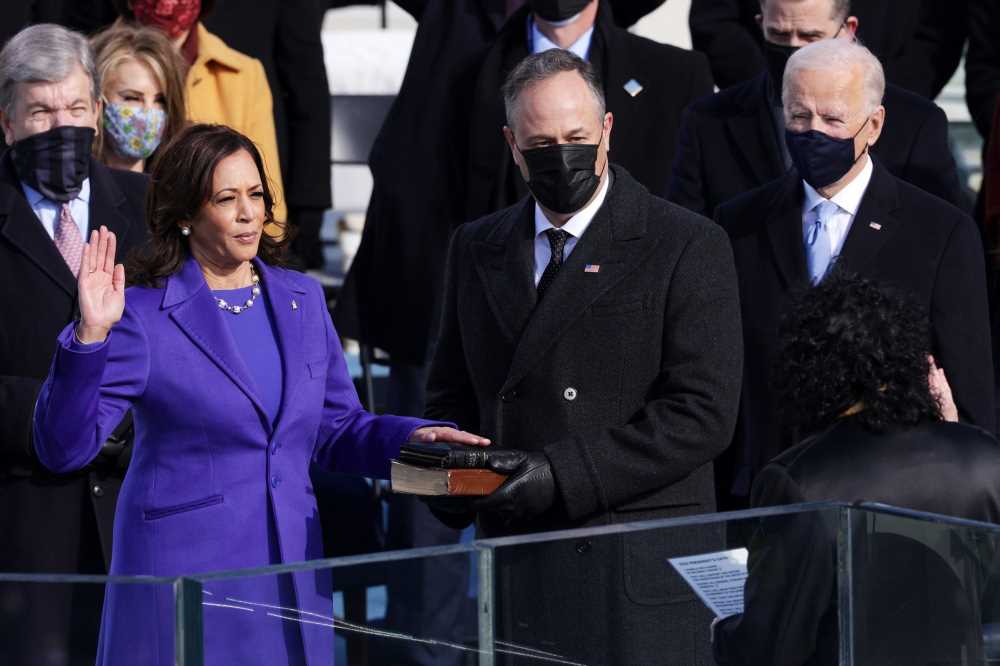 And with a final "so help me God," Kamala Harris was sworn in Wednesday as the new vice president — the first woman, first Black person and first person of Asian descent to hold the office.

Harris, 56, took her oath of office from Supreme Court Justice Sonia Sotomayor, a history-maker as well as the highest court's first Latina.

The new vice president, watched by her family and new Second Gentleman Doug Emhoff, was sworn in on a bible owned by late Supreme Court Justice Thurgood Marshall, whom Harris has called one of her "heroes." Harris also used a bible owned by Regina Shelton, a family friend.

"I was absolutely, and remain, so excited about our partnership," she told PEOPLE last year of working with incoming President Joe Biden, "and all the potential of our country that has yet to be achieved."

Biden was sworn in shortly after her.

In an interview with Good Morning America last month, Harris said she will certainly be "thinking about my mother" on Inauguration Day.

Her mom, Dr. Shyamala Gopalan, died of cancer in 2009. "I'll be thinking about all those girls and boys," Harris said then. "You know, before the pandemic struck, fathers and the mothers that would bring them around and say, 'You know, you can do anything.' "

"I was raised by a mother who said to me all the time, 'Kamala, you may be the first to do many things — make sure you're not the last.' That's how I feel about this moment," the former California senator added. Harris echoed that same quote in her victory speech last fall. "While I may be the first woman in this office, I will not be the last. Because every little girl watching tonight sees that this is a country of possibilities and to the children of our country regardless of your gender, our country has sent you a clear message: Dream with ambition, lead with conviction and see yourselves in a way that others may not simply because they've never seen it before. But know that we will applaud you every step of the way," she said.

Harris, the daughter of immigrant parents, was born in Oakland, California, in 1964. Her mother was a cancer researcher who came to the U.S. from India, and her economist father, Donald Harris, was born in Jamaica.

Growing up in California, Harris was exposed to activism at an early age (her parents were active in the civil rights movement) as well as the challenges of navigating racism.

"My mother understood very well that she was raising two Black daughters," Harris wrote in her 2019 memoir The Truths We Hold. "She knew that her adopted homeland would see Maya and me as Black girls, and she was determined to make sure we would grow into confident, proud Black women."

Speaking exclusively to PEOPLE in August in her first joint interview with Biden ahead of the presidential election, Harris said her connection with the now-president is their shared focus on family.

"That's one of the things we have in common," she said at the time. "My children don't call me stepmom, they call me Momala. We're a very modern family. Their mom is a close friend of mine. … Joe and I have a similar feeling that really is how we approach leadership: family in every version that it comes."

Harris also recalled the fateful moment she got the call from Biden, asking if she'd join him on the ticket.

"I was in the room on the Zoom and Doug was in the other room, just waiting. The intercom system in my family growing up is the same one we use now, which is to shout loudly from one room to the other," she said with a laugh. "The vice president had his cell phone because Jill was at an event. Then they asked for Doug, and I shouted, 'Dougie, come!' "

"The next day Doug and I came [to Delaware] to visit with the vice president and Jill at their home," Harris continued, "and we just hung out with homemade chocolate chip cookies. I saw some family pictures. Joe called my in-laws and we surprised them. Then Joe said, 'Tell me how the kids are doing?' This is the thing — among the many things I love about Joe Biden — he said, 'Let's call them.' So he called, separately, [Harris' stepchildren] Ella and Cole to welcome them into the family." 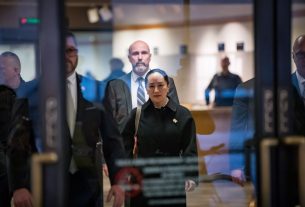 ECLIPSE enthusiasts can expect another astronomical event to arrive in …

Interpersonal communication is an exchange of information between two or more …