Mrs Hinch – also known as Sophie Hinchcliffe – inspires millions to clean their homes everyday. Posting on a dedicated cleaning social media page, one fan asked for some advice when it came to her washing machine.

Faiza Zahoor said: “Hi all. Any ideas on how to get rid of this mould? I’ve just moved into a new rental property and this is the washing machine.

The photo showed a build up of mould under the washing machine seal, a breeding ground for bacteria.

Washing machine mould is a common household problem, with it being hard to get rid of.

Mould feeds on the moisture and detergent residue that the machines produce, meaning it is hard to stop it from occurring.

However, cleaning enthusiasts have shared their tips and tricks on how Faiza might be able to get rid of the mould.

Josie Berrell said: “I had that problem and used Almat washing cleaner from Aldi, it cleaned it.”

“Just make sure you put the machine on a rinse cycle after using anything in it so it doesn’t ruin your clothes.”

Teresa Wong added: “My daughter just moved into a student flat and hers was like this. I got HG mould spray and left it for a couple of hours.

“Then rinsed and scrubbed with a toothbrush. Did it again couple of days later then used a washing machine cleaner and then a plain hot wash. All disappeared now.”

Susanne Wells said: “Agree with this. I’ve used a proper mould spray on my machine many times and it’s vanished the mould. Make sure you air the room out because they can be quite strong.”

HG Mould Spray can be picked up for around £5 at various different supermarkets.

Christine Hart added: “Yeah use a mould spray then perhaps leave overnight, then to a hot wash to rinse it away.”

Putting a hot wash on after cleaning out the washing machine can help to eliminate any bacteria left behind from the mould.

Alison Whiteman said: “Soak a rag in white vinegar and lay it inside the rubber. Leave it overnight if you can, then put it on a hot wash with a couple of capfuls of vinegar.

“Leave the door open after washing to stop any more mould.”

Experts suggest cleaning the seal and under every one to three months, depending on how often the machine is used.

Leaving the washing machine door open once finished using it will also help to air it out, reducing the likelihood of mould building up.

Oil and gas sector ‘losing appeal’ even as prices recover 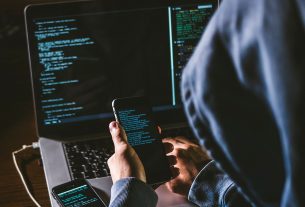 Romance scams raked in hundreds of millions in 2020