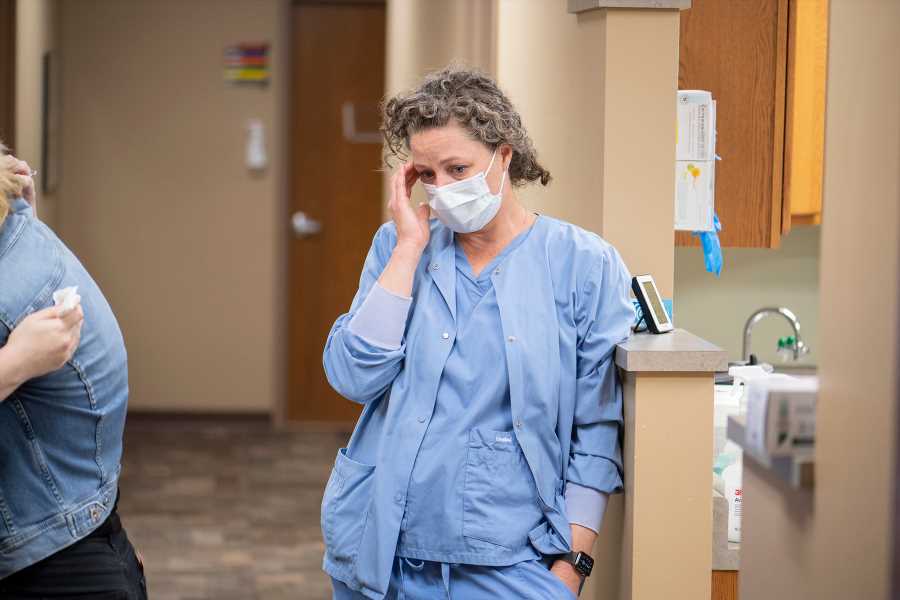 For the past seven years, Dr. Sarah Traxler has flown into South Dakota twice a week: first to meet with her patients at the Sioux Falls Planned Parenthood (and recite a 12-page state-mandated disclosure) and again 72 hours later, once the state’s mandatory waiting period had elapsed, to perform their procedures.

That routine ended in mid-June when, in anticipation of the Supreme Court’s pending Dobbs decision, the South Dakota clinic stopped scheduling abortion appointments. The state’s waiting period, combined with a trigger ban poised to go into effect the moment the Supreme Court decision landed, made it too precarious. “We wanted to make sure that no patients started the process, then the Dobbs decision came out and they were unable to finish,” Traxler says. It was better for the patients “to be scheduled somewhere where that decision is not going to impact your access.”

John Roberts Was Lobbying Kavanaugh to Save Roe. Then the Draft Opinion Leaked

Meet the Creators and Activists Leading Social Media's Next Wave

So on June 16, Traxler met with her last patient of the day and apologized in advance if she got emotional during their appointment. In that moment, all she could think about was the fact that “the state of things for people who live in South Dakota is going to just get worse and worse.” South Dakota is one of eight states that fully banned abortion after last month’s Supreme Court decision; four more states have six-week bans in effect. A slew of others are poised to further restrict the procedure in the coming months. The country had been trudging toward this reality for years, but at the same time, to Traxler, it felt as if it was happening suddenly and all at once.

She’d started working in South Dakota in 2015. Back then, the state had some “bonkers” hoops it forced providers to jump through — the lengthy script they had to read to patients (“Some of it wasn’t even true,” she says) and a strict time-stamping protocol to avoid falling afoul of the state’s 72-hour waiting period — but even so, she looks back on her days as the before-times. “It started in 2016 — that was sort of when we all realized that our mission was in jeopardy.”

That was the year Donald Trump was elected, and the attacks began on Title X, the national family planning program, which provided birth control and health care to low-income women. And it was not just Title X: “attacks on LGBTQIA people, attacks on BIPOC people, attacks on sexual-reproductive health in general — all these lies and misconceptions being spread about abortion,” Traxler recalls. “We’ve been on our heels since 2016.”

As the chief medical officer for Planned Parenthood North Central States, Traxler oversees medical care, including abortion, in five Midwest states: Iowa, Minnesota, Nebraska, North Dakota, and South Dakota. In the last six weeks, even before trigger bans went into effect ending abortion access in South Dakota and North Dakota, access was barely hanging on in Nebraska and in Iowa (where, the day after Traxler performed the last abortion in South Dakota, she got word that the state supreme court had suddenly and unexpectedly upended its own abortion laws). In Minnesota, where abortion access is enshrined, existing clinics are contending with a flood of patients from outside the state desperate to receive medical care they can’t get in their home states. “We’re seeing the bottleneck effect of the Dobbs decision: There’s limited capacity no matter where you are.”

Those capacity problems have been exacerbated by the lingering effects of the pandemic: burned-out doctors, nurses, and support staff who are leaving their jobs after two punishing years. The retirement of Planned Parenthood’s sole provider in Nebraska shut the clinic down for a month. The doctors from Minnesota are now taking turns flying into Iowa to provide care, after one of Planned Parenthood’s two providers left the job. Patients are now waiting more than four weeks for an appointment. “We are recruiting as much as we can, but it’s really, really difficult to recruit physicians to states that are that are pretty hostile to abortion access.”

All the upheaval has meant that Traxler — who is now flying into Iowa and Nebraska for stretches of the month to provide abortions, in addition to in addition to logging days at her home clinic in Minnesota every week — has become one of just a handful of providers holding abortion access in the Midwest together by the seams. “I’m really, really angry that this is where we are today. That the narrative of abortion has been co-opted and distorted and turned into this focus on an embryo as opposed to the breathing, walking, talking person that I get to meet,” Traxler says. “I just feel like that’s a tragedy.”

But on some level, Traxler understands the anti-abortion rights narrative’s appeal — when she was younger she even subscribed to it. Every Sunday, in the entrance hall of the Southern Baptist church that Traxler attended, there was a small table with a big sign that read: “Abortion is Murder.”

“I was 11 or 12, and they handed me a pamphlet, and I remember, vividly, seeing these very graphic pictures. From that point on, I was very anti-abortion.” She talked with her friends about abortion, participated in prayer circles asking God to overturn Roe v. Wade, wrote about it her journal, fought about it with a pro-choice member of her cheerleading squad. And then one day in Traxler’s high school years, someone close to her stopped her, mid-diatribe, and told her about her own abortion.

“I knew this partner of hers — he was pretty abusive — and I was thinking, ‘Well, of course, she should have an abortion. She should never have a baby and be tied to this abusive person for the rest of her life.’” It was the start of a slow-motion revelation, one that ultimately led Traxler to conclude “not everything is black and white, and not everything is that pamphlet that was handed to me when I was 12. There’s nuance here, people have their reasons, it isn’t something people do flippantly. And it certainly shouldn’t be me — or the government — determining what people do with their own lives.”

Since Dobbs, in addition to providing abortions on the ground in Minnesota, Iowa, and Nebraska, Traxler’s job now includes spending hours on the phone with PPNCS’s general counsel, figuring out how to structure medical care in ways that keep their clinics on safe ground as the legal landscape shifts beneath them in real time.

In Minnesota, those changes have been for the better: Just a few weeks ago, a lawsuit successfully challenged all the state’s remaining abortion restrictions — rules about parental notification, about who can provide the procedure, about waiting periods and disclosures, etc. — and each one that was challenged was declared unconstitutional. “Minnesota is a place that we’re hopeful will truly be our haven state, because we’re holding on by a thread in Nebraska and Iowa.”

The Nebraska Legislature is considering calling a special session to try to ban abortion; and in Iowa, Traxler says, the organization is complying with the new 24-hour waiting period while keeping tabs on a six-week ban that has been declared unconstitutional, but which the state’s governor “has started making noise about revisiting.” (There’s an active push by state lawmakers to amend the state constitution to prohibit abortion, but it would have to be passed in consecutive sessions of the legislature, then put to a popular vote. In that scenario, Traxler and her colleagues would still be able to provide abortions in Iowa until 2024.)

“It’s a very delicate quilt that we are piecing together,” Traxler says. “And it’s working now. But I always have this impending feeling that at any moment there’s going to be a new law passed, or there’s going to be some terrible thing that happens, and it’s just going to unravel.” 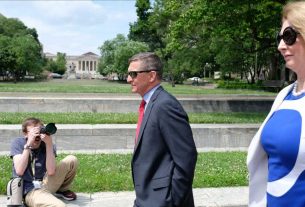