On this week’s episode of Interior Design Masters, the contestants visited Wotton House, a four star hotel in the Surrey Hills with over 100 rooms. The incredible home was once home to diarist and botanist John Evelyn who was famed for creating the first Italian garden in England. Each interior designer was tasked with transforming one of the nine rooms in the luxury hotel in two days with a budget of £1,500.

The contestants had to design a room that reflected each individual’s signature style with an eccentric British twist.

Interior design expert and judge, Michelle Ogundehin, surveyed each of the spaces along with guest judge Guy Oliver.

Michelle warned viewers that she didn’t want to see “clichés” such as Union Jacks or bulldogs.

One of the rooms that impressed the judges and fans of the show this week was Banjo’s room.

The interior designer from Australia has a small room with big plans.

READ MORE: How to clean a fence: The 3 ingredient solution for a gleaming fence

His inspiration for the room was a character he created.

He explained: “When I create a room I always love to create a character.

“So this time I’ve thought of a drunk botanist.

“He’s just come home from an expedition in Polynesia and he’s brought some artefacts with him and he’s sitting up on his window seat having a dram and life’s good.”

The once bland and tired-looking room was transformed into a lightly eccentric room of luxury with British racing green walls and shelves either side of the window.

The shelves created a desk, a bench seat and a bar area which were spared from the sleeping area with a wooden pub screen.

The walls were also adorned with big botanical murals.

Michelle described the room as small with a “big impact”.

“He has a small window but framing the window with a dark green and that joinery makes that window look bigger.”

Michelle said a lot of people would be “scared” to use a colour so dark.

“But it really works here,” she said.

“It feels really cosy and inviting.”

“It’s charming, I really love this room”, he added.

Many viewers predicted he would win the challenge this week – which he did alongside fellow contestant Dean.

Jane Toft posted on the platform: “Banjo or Dean to win.

“The only rooms that looked like they were done by interior designers.”

Another Twitter user called Stealth Aardvark said: “Banjo’s is the only one I’d pay to stay in.

“I’d need therapy after a night in the others.”

Another Twitter user described the room as “very tasteful”.

Interior Design Masters is available to stream on BBC iPlayer 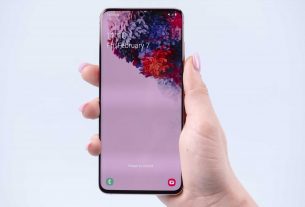 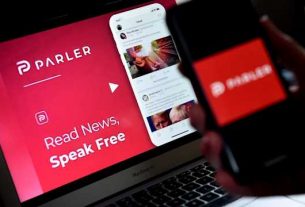 Bongino: I thought Parler being taken down was a conspiracy theory — until 'I lived it'