It aims to fund the social care crisis, mainly by putting a cap so that people won’t have to worry about huge bills for their care costs, and also extra support for the work force.

They levy aims to raise 36 billion in the next three years, with majority of the money going towards the NHS, and the backlog of patients which increased over the pandemic.

5.4 billion of that is allocated specially for health and social care costs.

“It’s a radical new change, you used the phrase kick start, does that mean it is not the full deal, and that it isn’t enough.

“Will it do the job that’s needed or will care need more?”

Ms Whately responded: “This will build up over time so the 5.4 billion within this three-year period, and it will take us until October 2023 to start putting a cap on peoples care costs as it’s a really big reform, its complicated to implement and people will start metering towards this.”

With the reforms starting in October 2023, it means for the people spending thousands on social care now, it will not be counted under the cap. It’s only counted after 2023.

Furthermore, the new cap only applies to “personal care”, which is considered the physical act of looking after someone and is regulated by the Care Quality Commission.

Therefore, the social care cap will not cover accommodation, cleaning and food – commonly referred to as “hotel costs” for residents of care homes.

Hotel costs often exceed personal care costs as they include bills such as food, accommodation, and cleaning in a care home, which are expensive for people having to pay.

Additionally, Martin mentioned the many families in the UK that could be forced to sell their homes to pay for these care bills, despite the Government’s proposed £86,000 social care cap.

He said: “I can’t see how the many income poor, asset rich people in this country will will be able to fund up to £86,000 without it coming from their housing wealth.

“The deferred payment scheme will still mean people will have to sell their house once they die, but how can that actually work in practice?”

Ms Whately responded: “People will need to draw on the value of their homes to fund their care.

“This will be done through local authorities and the treasury is involved in some of the financial mechanics behind the scenes. That’s all the detail I can go into at the moment.”

These reforms will still need to be worked through. At the moment people do not get help with their social care costs until they have £23,000 worth of assets or savings, but this is being raised £100,000.

People can also get help with getting all their care costs paid for. Before the maximum was £14,000, however now it is being increased to £20,000. 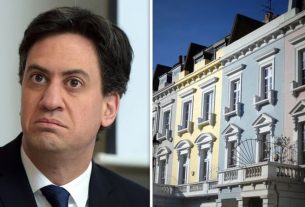