Princess Beatrice and Edoardo Mapelli Mozzi welcomed their daughter, Sienna Elizabeth Mapelli Mozzi on September 18, 2021. The couple married the year before in a very limited ceremony due to the coronavirus restrictions on July 17, 2020. But where will the royal couple raise their daughter?

Beatrice and Edoardo have reportedly been living at St James’s Palace in London, which would certainly make a beautiful family home.

However, they also reportedly had their sights set on a £3million property near Blenheim Palace, according to the MailOnline.

It is believed the luxurious Cotswolds property comes complete with a party barn, tennis court and a swimming pool.

Perhaps St James’s Palace will remain their London base, much like Princess Anne, who also has a home at Gatcombe Park in Gloucestershire.

But what is it like inside Beatrice and Edoardo’s London home?

As she appeared on a video call with Giovanna Fletcher for a Back to School event, Beatrice gave royal fans a glimpse inside St James’ Palace.

She sat in a room decorated with two pieces of gold-framed artwork and a cream dresser with a gorgeous vintage-style mirror hanging above it.

Sarah Ferguson’s daughter previously made a virtual appearance from inside St James’s Palace.

The Princess of York revealed one room was decorated with long white curtains covered in a blue and red tree print.

Tying in with the pastel colour scheme, it had pale blue panelled walls, with patterned cream and blue cushions.

Two years ago in April 2020, Beatrice filmed a video message from the home that showed off a room with plain white walls and a large gilt-framed portrait hanging behind her.

There was also a beautiful rounded wooden chair.

The royal also joined a virtual event to celebrate 30 years of the charity Teenage Cancer Trust, alongside her sister Princess Eugenie and her mother, who is known as Fergie.

The trio are patrons of the organisation, and the three celebrated the event from a different room inside the palace.

It was decorated with burnt orange walls and featured a large fireplace where Beatrice had displayed a photo from her wedding day with Edoardo.

There was also a vase of pampas grass in one corner, adding a lovely green touch to the room.

Princess Beatrice used to live at the property with her sister Princess Eugenie when the sisters were in their early 20s.

This was until Eugenie moved out into Ivy Cottage within the grounds of Kensington Palace ahead of her marriage to Jack Brooksbank.

Since then, Eugenie and Jack lived with the Princess’s parents, Sarah and Prince Andrew, at Royal Lodge in Windsor during the first lockdown.

They have now moved into Frogmore Cottage in Windsor, which is Prince Harry and Meghan Markle’s former UK home. 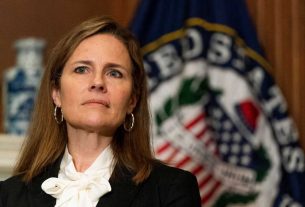 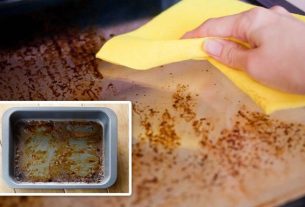