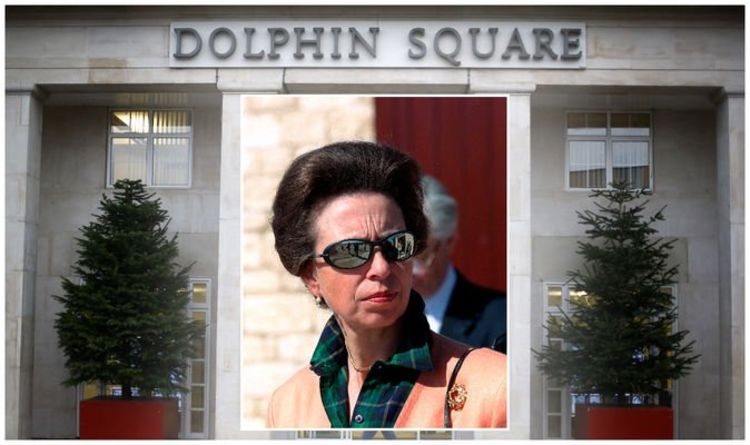 Princess Anne, 71, and Timothy Laurence, 66, married on December 12, 1992 in Crathie Church in Scotland near Balmoral Castle. The couple now live on the Gatcombe Park estate, where Anne’s children Peter Phillips, 44, and Zara Tindall, 40, also live with their respective families. As well as their country home, Anne and Timothy have an official London residence at St James’ Palace.

They share this historic royal home with Princess Beatrice and her husband Edoardo Mapelli Mozzi.

But where did the Princess Royal live before she moved into these residencies?

Shortly after the royal couple got married, Anne and Timothy lived in a flat in central London.

The Princess Royal described the flat at the time as having “nosy neighbours” and “noisy traffic”.

In 1993, Princess Anne and Timothy occupied a two-bedroom flat in Drake House on Dolphin Square in Westminster, London.

They stayed at the spacious home for just a few months, where they are said to have paid £1,300 rent per month.

The couple then moved to Buckingham Palace.

Photos released shortly before she moved in showed a look at the retro interiors.

Anne and Timothy had a wooden bed frame, dressed with white linen, and two black bedside tables, with a single pink fringed lamp at one side.

The second bedroom in the home featured a small wooden desk at the window, a matching towel rack and two chest of drawers.

The living room was decorated with the same cream carpets and walls as seen throughout the property.

There was also a wooden coffee table with a glass top, and a wooden rocking chair with patterned cushions.

Anne’s kitchen was fitted with white cupboards and appliances, grey worktops, and cream and black patterned tiles on the floor.

A white sash window at the sink overlooked the gardens of the block of flats.

The kitchen, dining and living room formed an open-plan space, with an island unit between the kitchen and dining area.

A table for two was positioned in the middle, with a patterned tablecloth, and a view of the living space and a traditional fireplace beneath a painting mounted on the wall.

The flat overlooked Princess Anne’s road, as well as a tennis court on the opposite side of the road. 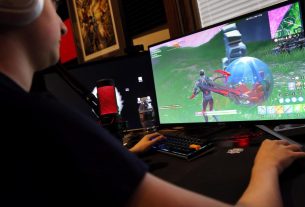 Sidner on reporting at the front lines of BLM movement