Inheritance tax may be on the agenda, experts have suggested, following the high expenses of the pandemic. Changes to the commonly-disliked levy could prove lucrative for the Treasury, and may be set into motion from next week.

What changes will actually occur, if any, are not yet certain, however, experts have pointed towards warning signs which could signal change.

Ms Ross suggested recently published documents provided suggestions on what steps the Treasury might take next.

She said: “Experts have been talking for a long time about studies done by the Office for Tax Simplification, relating to inheritance tax.

“The area I was most focused on looked at the gifting exemptions, particularly around surplus income.”

Britons can gift £3,000 per year which is immediately out of their estate, alongside other exemptions.

For example, people can give as much as they want, as long as they survive for seven years after providing it.

Similarly, smaller gifts are permitted with the full rules available on the Government’s website.

However, there is also a key exemption for those with a higher income, whether this be through a pension, salary or even an investment.

This is known as gifts out of excess income, and can be particularly useful in getting income out of the estate.

These must, however, be made on a regular basis and be of similar amounts to adhere to the rules.

But Ms Ross suggested this could be a target for the Treasury in the near future.

She continued: “The view was under the OTS reports that all of these exemptions could be grouped up into one annual amount.

“For those with high incomes, that was really going to cut down the ability to give away funds as they wished.

“Now, these were on the back burner in the recent past, as communicated previously.

“But things could resurface again, especially as some of those recommendations were a bit concerning.”

Indeed, some experts have suggested the Chancellor could go a step further in relation to inheritance tax changes.

Major alterations such as rates and amounts may also be on the table next week.

Laura Suter, head of personal finance at AJ Bell, added: “Inheritance tax is another lever the Treasury could pull.

“Either they could increase the current 40 percent rate or lower the amount which can be inherited tax free.

“Both measures would inevitably lead to ‘death tax’ headlines, however, and this is not something politicians generally welcome.” 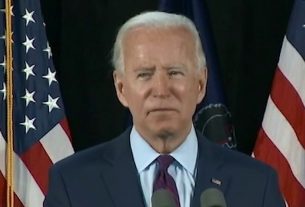 Retirement planning is a multistep process that evolves over time…

Synonyms of performance from the Merriam-Webster Thesaurus, plus …