The Government sparked controversy earlier this year after announcing it would renege on its promise not to raise taxes. Chancellor Sunak announced a rise in National Insurance which will later be labelled a ‘Health and Social Care Levy’. Employees, employers and the self-employed will be dealt a 1.25 percent rise in National Insurance contributions. Under it, the average worker will pay an extra £255 a year in taxes. An employee on a £20,000 a year salary will pay an extra £130.

However, critics have argued that this measure from Prime Minister Boris Johnson and Mr Sunak targets ordinary people rather than those with the broadest shoulders.

Many have suggested that wealth taxes should be targeted as a fairer way to pay for pandemic spending amid the health and social care required in the aftermath.

The IMF’s deputy director of fiscal affairs, Paolo Mauro, added: “Governments could consider higher taxes on property, capital gains and inheritance. One specific option would be a COVID-19 recovery contribution – a surcharge on personal tax or corporate income tax.”

While Mr Sunak left wealth taxes unscathed in his Autumn Budget, he did freeze the thresholds at which tax starts to be paid for inheritance tax and capital gains tax until 2026.

Inheritance tax is paid on anything over £325,000 – although tax is not paid if your estate is given to your spouse, civil partner, a charity or a community amateur sports club.

With the threshold frozen, more and more people will be dragged into the tax net, especially with inflation soaring.

Recent decades have seen more families caught in the inheritance tax net, as rising property prices push a generation’s homes into being affected.

Now, as a result of the threshold freeze, nearly twice as many bereaved families will be paying inheritance tax in five years, the spending watchdog predicts.

The Office for Budget Responsibility believes that 6.5 percent of estates will face the 40 percent death tax burden by 2026 – up from 3.7 percent last year.

It said it expects the Treasury to be drawing in £7.6billion a year by 2026, an increase on the £6billion this year.

Robert Salter, of accountancy firm Blick Rothenberg, said it was a stealth tax.

He said: “It’s a clever and easy way to rake in more, but is painful and unfair on the bereaved.”

Former pensions minister and finance commentator, Steve Webb, told Express.co.uk last month that wealth taxes are a “tempting” target for Mr Sunak, who could use capital gains tax and inheritance tax to bring in more cash for the Treasury.

He said: “It must be very tempting to be honest, because once you have done your National Insurance rise, there isn’t a lot left.

“So it must be very tempting to find corners of the system, thresholds, allowances or obscure rules to bring more money in.

“Sadly, one by-product of Covid is that they’ll get more money on inheritance tax.

“A lot of people will have died sooner, so they will get more money probably next year as well from inheritance tax or capital gains tax.” 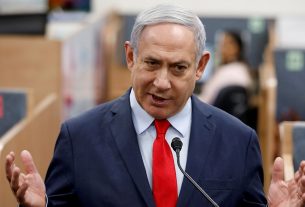 Uploaded by ArsenalA flying start was not enough to secure …