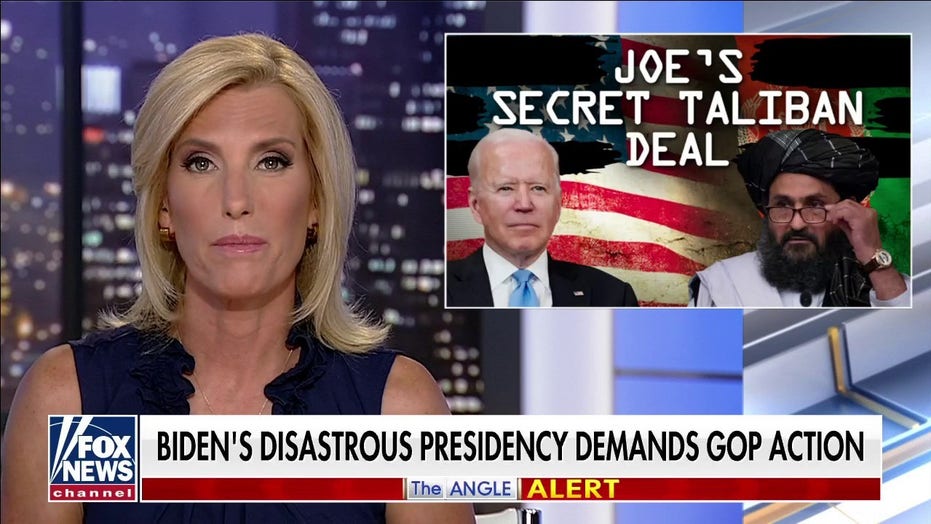 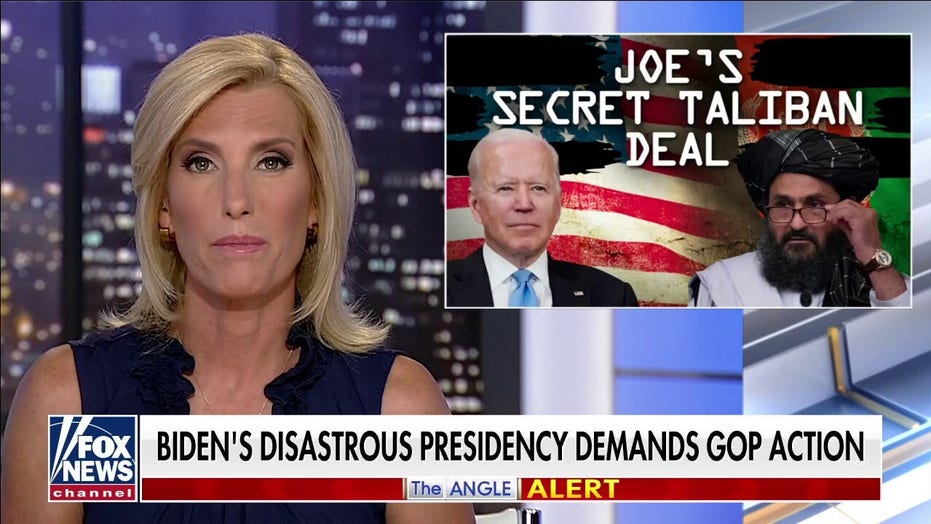 Biden’s Secret Taliban Deal: What did Biden give up to guarantee Americans get out?

In her “Ingraham Angle” monologue on Tuesday, host Laura Ingraham called on Congress to fully investigate what she called “Joe’s Taliban deal” – after CIA Director William Burns traveled to Kabul to negotiate directly with Taliban leadership amid an intensifying geopolitical and humanitarian crisis in Afghanistan.

Ingraham said President Biden’s behavior and decisions have been suspect in this regard ever since his unusual photograph sitting alone at Camp David’s version of the situation room while on a teleconference.

“What was going on that none of Biden’s top Cabinet officials were with him at this pivotal time? Just extended alone time with Jill? Very odd,” she said, adding that Burns’ sudden diplomatic junket isn’t surprising, but still deserves further scrutiny.

“This raises lots of questions. First, why send the CIA director and not a State Department official?  What were the parameters of the talks?  Did the CIA director push to get the August 31 deadline extended?  Did he ask if any Americans were being held against their will or demand their release and safe passage?  If so, what did we give up for that guarantee?” she asked.

“It’s hard to believe the Taliban just did this out of the goodness of their hearts: This entire scenario has been so fraught with lies and misrepresentations, that we don’t know what to think.” 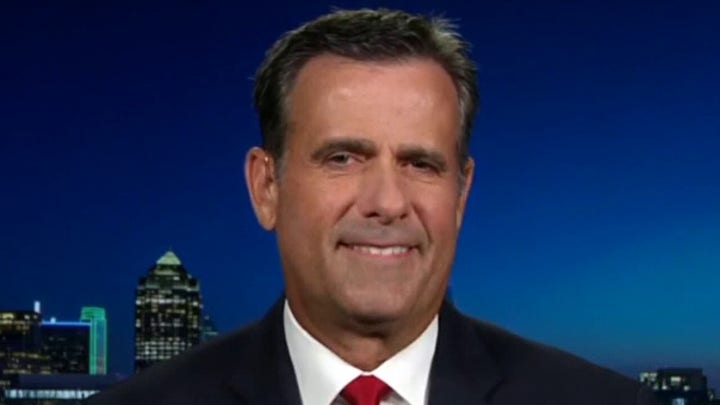 Biden, Ingraham added, appears to be treating the entire Afghan crisis, with American citizens still stranded behind Taliban lines in Kabul, as a purely political exercise.

“One thing we do know is that after making a cold political calculation, President Biden announced today that he was, in fact, bowing to the Taliban’s wishes and sticking to the August 31st troop withdrawal date,” she said of the insistence by both the White House and Taliban to keep to the approaching deadline to leave Kabul.

“[T]he true scope of the refugee situation must be revealed. Importing tens of thousands, or hundreds of thousands of Afghans to the U.S. is bound to pose major challenges — with huge financial, cultural, and security costs,” she said.

“Raise your hand if you trust the people behind the border crisis and Afghanistan debacle to properly vet each and every one of these people. The fact is we’ve already seen potential bad actors nearly slip through the system … The Democrats cannot be allowed to take a crisis of their own making, and use that crisis to change or flout US refugee policy.  They’ve already tried that on the border – because they turned the border into a magnet and women and babies are showing up there, we now have to let them in even if doing so is contrary to US law,” she said. 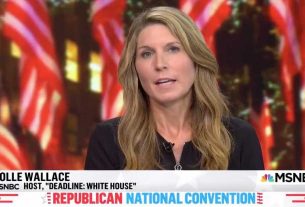