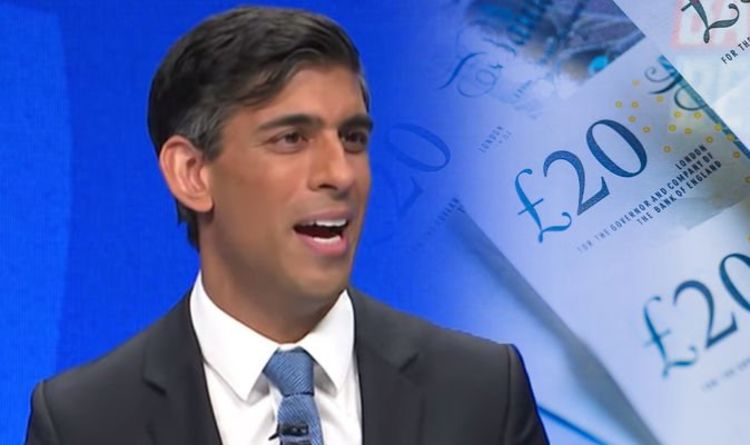 This recognition of the danger hints at fiscal restraint when he unveils his Budget and spending review on Wednesday. “The risk of inflation and interest rates is one that we can see already today, and there might be other things that we don’t know about,” Mr Sunak told Times Radio, during one of three interviews on Sunday ahead of the budget release.

He continued: “I have to think about what might happen to us in the future and build into our plans some resilience to cope with that uncertainty or the potential adverse shocks that come our way.”

With the increase in inflation and interest rates, house prices would rise, as would energy bills and the cost of living. Millions of people in the UK will be affected.

The Budget on Wednesday is supposed to restore fiscal rigour to public finances after the pandemic however with the predicted rise of inflation to four percent, and the prospect of the Bank of England increasing interest rates, this may prove difficult for the Chancellor.

Both would increase the cost of servicing a UK debt load that swelled during the pandemic and now stands close to 100 percent of economic output.

The Treasury estimates that for every percentage point increase in interest rates, market borrowing costs and inflation adds £25billion to public borrowing annually.

Mr Sunak has said he has no “magic wand” to stop increasing inflation as he admits the issue is out of the UK’s control.

The increasing rate of inflation is down to global supply chain issues post-Covid and surging global energy prices.

Mr Sunak has consistently labelled inflation fears “transitionary” however it seems it could be more serious than that.

The Consumer Price Index (CPI) increased by 3.1 percent annually in September, which is above the Bank of England’s target range.

When asked if he will be a ‘tax cutting chancellor’ yesterday, Mr Sunak said: “I’ll talk about that next week at the Budget. Of course my instincts are to do that, that’s what I believe, I want to reward people for working.

“I think that’s a good thing and will drive economic growth, but as we discussed I’ve also had to grapple with an economic shock – the biggest for 300 years, borrowing at its highest since World War II.”

In an article for the Sun newspaper this weekend, Mr Sunak promised to support families feeling the pinch from rising energy and food costs.

The Chancellor has come under growing pressure from across the political spectrum to address the cost-of-living crisis hitting families.

Members of his own Conservative Party have called on him to slash value added tax (VAT) on energy bills to zero, and to freeze alcohol duties in order to boost bills.

As well as introducing a new tax on workers, employers and dividends to fund health and social care.

The “Budget is about the future, it’s about building that stronger recovery for our country,” Mr Sunak told Sky.

“It means driving our future economic growth by investing in infrastructure, innovation and skills…It means giving businesses confidence through all the things we’re going to do to support them, and lastly it means supporting working families as we have done through the last year.”

Numbeo is the worlds largest database of user contributed data …