Co-founders Jon Hulme and John Burke entered the Den in 2016 seeking £75,000 for a 12.5 percent equity stake in their business Craft Gin Club. Craft Gin Club is a subscription box service delivering monthly artisan gins and sparkling wines, along with snacks and magazines, to subscribers.

Jon and John managed to impress all of the Dragons, winning offers from all four of them, but it was Sarah Willingham, co-founder of London Cocktail Club, who won out in the end – she was already a member, after all.

Since 2016, the club has gone from strength to strength, developing into the amazing community of over 130,000 gin fans it is now.

In May 2016, Craft Clubs launched a second subscription service: Bubble Club, which focuses on sparkling wines in place of gin.

In 2017, Craft Clubs was selected as one of the top 100 start-ups in the UK, ranking 14th overall, according to Startups.

The business was on track to hit £7.5m in 2017’s turnover, according to Startups.

Speaking to Startups about his experience on the show, John said: “Professionally, of course, the show raised the profile of Craft Gin Club, which was fantastic.

“But personally it was really important, too – it showed we could stand up in front of scrutiny and argue our case in a stressful environment in front of intimidating characters.

“If you can achieve that once, it gives you the confidence to achieve it again and again!”

Jon continued: “I agree. Appearing in the Den, and leaving with a deal, was a great vote of confidence in our business and the publicity generated afterwards really gave us a kick-start.

“Plus, working with Sarah has been a fantastic experience – she’s an awesome businesswoman and all-round good egg.

“Given the chance, I would do it all again!”

In 2020 they announced that their revenue had increased by 76 percent as its membership grows.

Following the country’s switch to at-home drinking during lockdown, membership has grown by 66 percent, selling the equivalent of one gin and tonic every 2.5 seconds.

“This is a huge milestone and a testament to our incredible Craft Gin Club team and members, who are at the heart of our business.

“As e-commerce continues to accelerate in the UK and globally, we have invested in our online shop by expanding the range and refining the user experience.

“We feel incredibly proud and lucky to see such strong growth and member engagement, despite these challenging times.”

In 2021, Craft Gin Club was named one of the five most successful businesses to have appeared on the Dragons’ Den by Hello!

Dragons’ Den is available to watch on BBC iPlayer.

Kindness is a behavior marked by ethical characteristics, a pleasant disposition, and concern and … 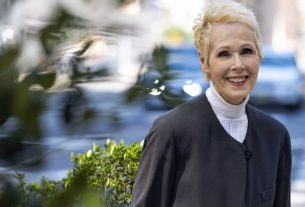 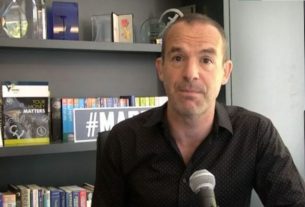