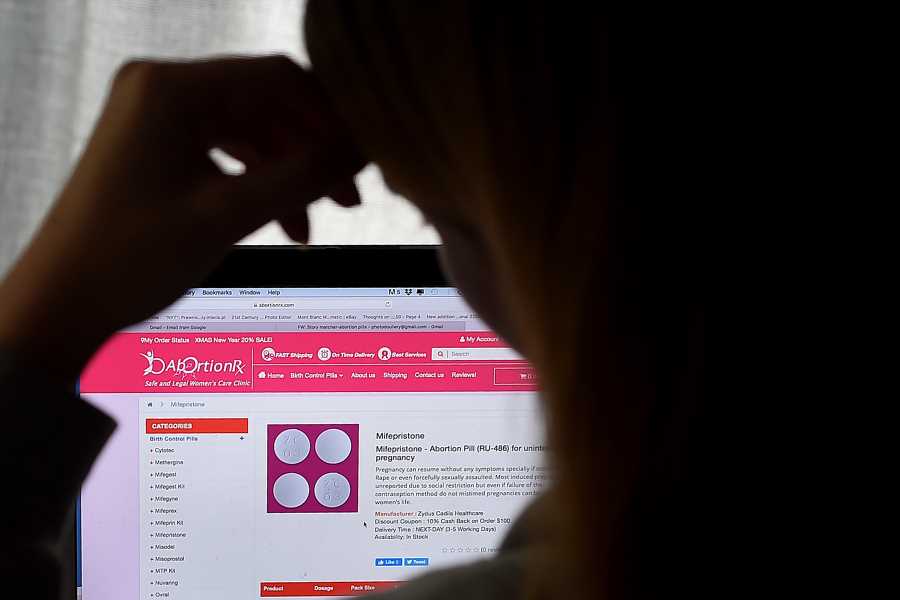 In the 21st century, you can order an abortion online. “It can be done without ever leaving your home,” says Elisa Wells, co-director of the organization Plan C, which provides information and instructions about how to self-manage an abortion. “You go online. You have either a virtual consultation or an e-visit — that’s just done by filling in a form and chatting with the provider. And then they mail the pills to your home…No need to take time off from work. No need to encounter protesters.” And no need, if you live in the state of Texas, to expose anyone to the threat of a lawsuit under the state’s medieval new abortion ban.

Texas’ new law uses the spectre of civil lawsuits to scare abortion providers — and anyone else who might help a pregnant person seek an abortion — into refusing care to women whose pregnancies have advanced past six weeks gestation. But, according to legal experts, an individidual who manages their own abortion using pills ordered over the internet would not be violating the law — even if they terminate past the six-week cutoff.

“The best reading of the law is that it would not apply to self-managed abortions,” Marc Hearron, senior counsel of the Center for Reproductive Rights, told reporters on a call earlier this month. That’s because the law, known as SB 8, targets anyone in the state of Texas who helps someone else terminate a pregnancy — but explicitly prohibits the pregnant person themselves from being sued.

When SB 8 went into effect the first week of September, traffic to Plan C’s website spiked 2,357 percent — with 30 percent of those new visits originating in Texas. AidAccess, one of the organizations Plan C recommends to women seeking the abortion pill, experienced the same effect. They typically saw less than 2,000 hits per day before the ban. “That jumped to about 10,000 on September 1st, and then on the 2nd it was up to about 30,000,” says Christie Pitney, a certified nurse midwife who works with AidAccess.

“The abortion pill” is really two types of pill that are taken together: mifepristone and misoprostol. A single mifepristone pill is taken first, followed by four misoprostol pills 24 to 48 hours later. Most people who choose to use pills rather than undergo a surgical procedure — roughly 40 percent of women in the U.S. — self-administer those pills at home. Studies indicate that the self-admistered abortion pill is 95% effective at ending an unwanted pregnancy up to 11 weeks. And since more than 90 percent of abortions take place before 13 weeks, in theory, the vast majority of unwanted pregnancies could be ended safely and privately at home. “We have a safe, modern, effective form of health care. And there’s no reason why somebody in Texas or Alabama shouldn’t have access to that,” says Wells.

AidAccess is just one of the providers helping people in Texas, and across the U.S., self-manage their abortions at home. The organization is an American spin-off of the international organization Women on Web, itself a spin-off of Women on Waves, which was started by the Dutch doctor Rebecca Gomperts in 1999 to provide non-surgical abortions in countries with restrictive abortion policies, often aboard a ship docked off their coasts.

While SB 8 has ground clinic operations to a halt in Texas (in-clinic abortions are reportedly down 90 percent), Pitney says that SB 8 has not impacted AidAccess’ operations at all. “Honestly, it hasn’t come up so much — we’re just all very concerned about SB 8’s effects on accessibility within Texas,” Pitney says. “I just don’t think that it applies to AidAccess.” The organization works the same way for Texas women today as it has since it was founded in 2018.

AidAccess has 10 medical providers serving all 50 states — seven based in the U.S. and three based overseas. Anyone who wants to end their pregnancy privately at home just has to fill out a detailed medical history form. If it’s not a straightforward case — if the patient’s pregnancy is too far along, or if they have a history of medical complications — they’ll have a telemedicine appointment with a provider who will walk them through their options.

But if it is a straightforward case, the provider sends a prescription to a pharmacy, which mails the pills directly to the patient’s address. For patients in some states, both the provider and the pharmacy will be local. But patients in Texas, Pitney says, work with a provider based in Europe, and receive pills manufactured and shipped from India. (Overseas shipping time has lengthened during the pandemic, prompting AidAccess to offer the option of pre-ordering the pills so women can keep them on hand in case of emergency.) The cost, for the entire process, including the pills, ranges from $105 to $150, depending on the patient’s location.

Neither AidAccess nor Plan C were able to offer exact figures on how many people have taken advantage of the option to self-manage an abortion since Texas’ ban went into effect just over two weeks ago. But if recent history is any indication, demand has likely spiked: For four weeks in 2020, Texas officials used the coronavirus pandemic as an excuse to suspend abortion care entirely. During that time, Dr. Abigail Aiken, an associate professor at the University of Texas at Austin who uses AidAccess’ data in her research on self-managed abortions, found that requests from the state of Texas surged 94 percent.

“We saw that requests from Texas nearly doubled in that short window,” Aiken says. “When clinical care was out of reach, the need for abortion didn’t disappear. People needed to find other solutions, and they did.” (Aiken says she does not have enough data yet to properly analyze how requests may have changed in the period directly after SB 8 went into effect, but she plans to.)

AidAccess is not the only way Texans are self-managing their abortions. “[People] are using mail forwarding services, like ipostal1.com — there are others, that’s just one — to access these new telehealth services in the states where that’s allowed,” Wells says.  Women can set up a mailbox in a state, like California, for instance, where telemedicine abortions are more commonly available. Medical providers are only supposed to dispense the medication to a patient in a state where they’re licensed to practice telemedicine, but Wells says, “We know that sometimes [providers] ask, during this consultation: Do you live in the state of California? And we know that the people, during the consultation, say Yes.”

Wells is careful to note that, while in most states it is not a crime to self-manage an abortion, that’s not true across the board. Arizona, Delaware, Nevada, Oklahoma, and South Carolina, for instance, have laws explicitly prohibiting self-induced abortions. “We try to provide as much information as possible about what we know the potential [legal] risk is and then allow people to make their own decision,” she says. “We refer people to If/When/How’s Repro Legal Helpline. That’s a free, confidential service that can help you understand what the risks are based on where you’re sitting and what they know about the laws in the different states.”

In Texas, those who choose not to self-manage have the option of  turning to one of Texas’ eight abortion funds to help shoulder the cost of traveling out-of-state to have an abortion in a clinical setting. That work, though, is facing obstacles created by SB 8. Anna Rupani of Fund Texas Choice tells Rolling Stone that, before the ban, her organization used to field 10 to 15 requests every week. Now they’re fielding 70 to 100, and because those individuals are traveling further, the costs to support them have risen from what was $350 on the high end, to more than $2,000 in some cases. “We are nervous and we’re exhausted and we’re terrified, to be honest,” Rupani says of her work since SB 8 went into effect. “Before I could help everyone that came to the door. Now I can’t.”

That sense of helplessness is compounded by the fear of legal exposure. “There is a fear that lawsuits are going to happen,” she says, “and they’re meant to drive us out of business and terrify us into not doing our jobs.”

Other Texans are traveling to Mexico, says Wells, where abortion was recently decriminalized, and where pharmacies are known to carry misoprostol. “We know that people are going across the border to Mexico and buying misoprostol alone,” Wells says. For decades, misoprostol alone has been used in Brazil, and across Latin America, to trigger the start of a miscarriage. (Today, the World Health Organization even endorses the use of misoprostol alone — which studies show is roughly 85 percent effective at ending a pregnancy — when Mifepristone is not available.)

An emergency motion filed by the Justice Department late on Tuesday night, though, is giving some advocates hope that SB 8 will be halted soon. Citing testimony from both providers and patients forced to travel “hundreds—and sometimes thousands—of miles to obtain an abortion under harrowing circumstances in the middle of a COVID surge,” the DOJ asked for a temporary restraining order suspending enforcement of SB 8 in Texas.

But even if that happens, Aiken, the University of Texas researcher, says the need for self-managed abortion will not disappear in the state — just as it didn’t suddenly appear for the first time when the law went into effect.

“SB 8 is the most extreme abortion ban anywhere in the nation, but it is really a continuation of what the Texas legislature has been doing for the past 10 years,” Aiken says. “The right to choose abortion in Texas has existed on paper but, for so many people, only on paper — we already have a raft of state laws that make getting to a clinic an obstacle course… I think that it’s important to [view] any increase that we see as a continuation of a trend, and not just like, Oh, all of a sudden people need self-managed abortion. They have needed it in Texas for some time.” 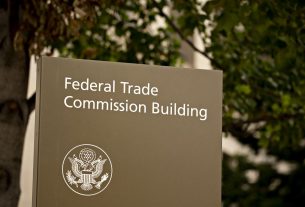 Google, Facebook Would Face FTC Over Policies in Democratic Bill 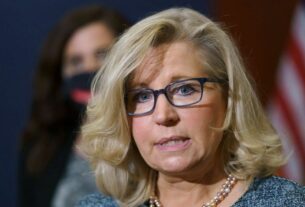