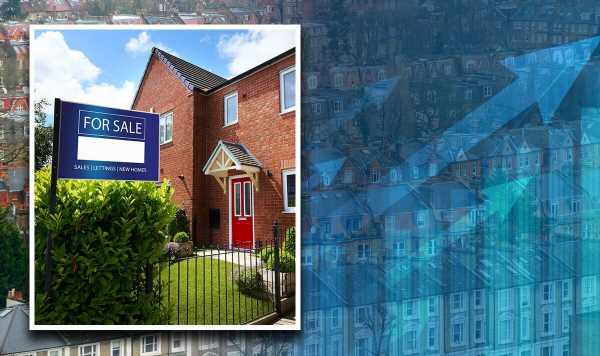 As soaring inflation rates continue to put a strain on the UK economy, the Bank of England recently rose interest rates from 0.75 percent to one percent – the highest level since 2009 – only adding to pressure for Britons. The property market is intimidating enough for first-time buyers, but with soaring inflation rates, as well as housing prices rocketing to an all-time high, the process seems much more difficult than ever before.

The increased interest rate has made mortgage prices more expensive, and those buying now will still appear to pay more for a property, even if prices were to fall.

According to property concierge platform Moveable, average first-time buyers are already paying around £612 more a year on mortgage costs than at the beginning of March.

However, experts have said property prices are due to cool in the coming months as demand is likely to reduce.

This is due to British households struggling with the largest drop in living standards on record since 1956.

Energy prices rocketed 54 percent in April, and are forecast to rise by a further 24 percent in October, another strong factor contributing to the plummeting demand for properties.

The drop in demand is due to slow down the accelerating growth in current house prices, however, Simon Bath, CEO of iPlace Global, the creators of Moveable, warns prospective buyers that while prices are due to drop, mortgage costs are also rising at a pace fast enough to supersede this.

According to Mr Bath, the most recent interest rate adjustment to one percent will push monthly repayments up to £928, and a rise to two percent could push average costs to £983.

This means buyers could pay an extra £1,272 a year compared to if they purchased a property in March.

And even if the price of their home went down by five percent, Mr Bath said first-time buyers are due to pay significantly more.

So with this in mind, why would it be better to buy a house now?

Why you should buy a house now

House prices are supported by low borrowing costs, and the rising mortgage rates paired with the other countless increases in living expenses could actually balance out rising house prices.

And despite these increasing inflation rate projections, buying now could offer a relatively cheaper level of borrowing.

Property expert Mr Bath said: “The Central Bank has warned that inflation could reach double digits by the end of year.

“This news means that the younger generation – in particular first-time homebuyers – will be most affected by rising rates.”

This is because first-time buyers often have a smaller deposit and need the most borrowing power.

Mr Bath continued: “Borrowers will be scrutinised over their ability to afford a mortgage when applying to lenders. That being said, many lenders will continue to offer rates for the broad spectrum of home movers.

“An increased rate move could add hundreds of pounds a year to the average mortgage bill for those on the standard variable rate – especially in an arena with such high demand and low supply.

“The Bank of England base rate has just reached one percent for the first time in thirteen years, with expectation that this could rise above two percent in the coming months.

“For many homebuyers, this could still be a relatively cheap level of borrowing – especially given the Central Bank’s projections – which potentially makes it an extremely attractive option versus the ever-increasing average rental levels seen in the market.”

Anthony Codling, chief executive of the property consultancy Twindig, told The Guardian if prices did start to turn down in the coming months, there would be “a step back of supply and a step back of demand” rather than a housing crash.

Homeowners are likely to hold back on selling up if they think their property will sell for less than they want, which is another factor supporting the rocketing prices. 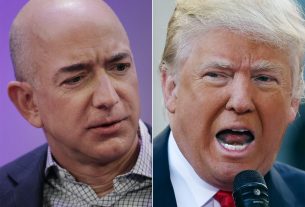