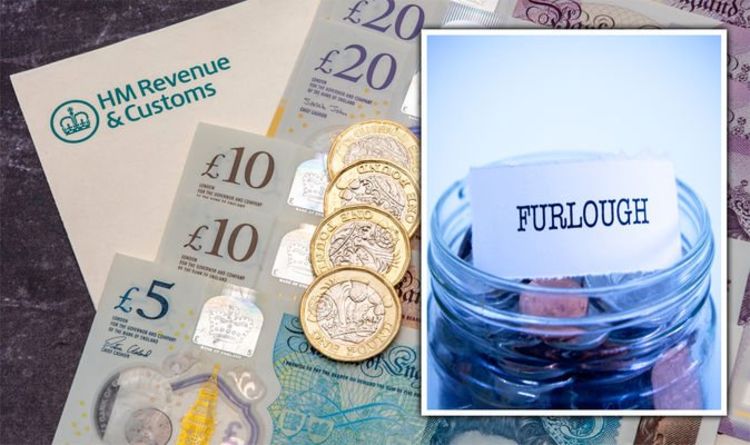 Rishi Sunak: There are no plans to extend furlough

Furlough payments have kept millions of workers afloat over the last year or so, but Rishi Sunak and the wider Government have confirmed the Job Retention Scheme will end by October. Yesterday, HMRC released details on how claims can be made for August.

For claims relating to August and September 2021, the Government will pay 60 percent of wages up to a maximum cap of £1,875 for the hours the employee is on furlough.

This is lower than it has been in previous months where the Government covered up to 80 percent of wages.

Employees themselves will still receive 80 percent of their pay but employers will be required to make up the shortfall.

Claims for furlough days in August 2021 must be made by September 14, 2021 and they need to be done online through the Government’s website.

The furlough scheme has been extended until September 30 and many feared a wave of redundancies would hit the economy as state support ended.

However, recent data from the Office for National Statistics (ONS) showed there was little evidence for this as the economy reopened over the summer.

Additionally, the number of payroll employees showed another monthly increase, up 356,000 in June 2021 to 28.9 million.

Despite this, the furlough scheme may still pose operational problems going forward as Paul Farrer, the founder of Aspire, explained: “Job vacancies exceeding pre-pandemic levels and employment rising for yet another month are both clear signs that business confidence has returned to the UK.

“This has no doubt been spurred on by the reopening of the economy and, in particular, hospitality, leisure and retail getting back on their feet. With freedom day imminent, this is set to grow further.

“But while the availability of jobs is ultimately good news, it does suggest that businesses are finding it difficult to recruit talent.

“This is happening for a number of reasons, such as a reluctance to move roles, workers remaining on furlough and simply because there are more jobs than people to do them.

“It goes without saying that this can lead to significant operational problems, wage inflation and frustratingly, stifle further growth.

“This data makes it clear that employers must think carefully about how they attract the candidates they need to bounce back from the pandemic.

“Businesses can stand out and win this war for talent in any number of ways, like introducing trainee schemes that utilise the pool of younger talent available, reviewing salary scales, demonstrating progression and opportunity, developing job flexibility and positively promoting diversity and inclusion policies.”

Ms Coles commented: “Annual pay rises are up again, to 7.4 percent, which is going to put the triple lock under even more pressure.

“The fact that most people haven’t seen anything like this kind of pay rise is bound to raise the issue of fairness between those who are working and those who are drawing their pensions. It makes some kind of smoothing of the wage measure in the triple lock even more likely.

“The official figure bears little resemblance to reality for most people. There are enormous variations around the country and in different industries. One of the most striking is between the public and private sector: in the private sector, annual wage growth is just 2.8 percent.

“The overall figure is also driven by so-called compositional effects, where fewer lower paid jobs available naturally pushes the average higher. It’s also driven by the ‘base effect’, which is the fact that a year ago hours had dropped dramatically and millions were on furlough so weren’t getting their full pay.

“If you strip both of these things out of the figures, pay rises were as low as 3.5 percent, which is far more typical. In fact, if you take the pandemic out of the equation, and measure wage growth over the past two years, pay has followed a gradual and steady upwards path over the long term, and recent rises have followed a similar pattern.

“If the government sticks with the triple lock, wage rises will mean pension rises of close to 10 percent. This would be a striking contrast to the 2.8 percent that essential workers in the public sector have seen over the past 12 months.”

A supranational union is a type of multinational political union …

When will diesel and petrol cars be banned in the UK? – The Sun