A blocked toilet can be unhygienic as well as dangerous if the situation gets worse. To avoid the cost of bringing a plumber out, property renovation experts at Evolving Home have shared cheap methods to try to unblock a toilet, including using a coat hanger as well as vinegar and baking soda.

The experts said: “A flange plunger should be the first call of action for dealing with any toilet blockage. These differ from traditional plungers in that they have a smaller cup at the end, which is designed to fit inside a typical toilet drain.

“Start by putting on some rubber gloves and place the flange plunger directly into the toilet bowl so that it covers the drain and seals to create a vacuum. Push down slowly on the plunger and then pull it all the way out.

“Do this two to three times to help dislodge the clog, before then flushing the toilet.”

It is recommended to invest in a flange plunger for the toilet and a separate cup plunger for dealing with the sink and shower to help prevent the spreading of bacteria.

For those wanting to try using products they have around the house first, the experts recommended trying soap and hot water.

They said: “While this sounds rather basic, it can be highly effective at removing blockages, while also acting as a huge money saving hack.

“Start by heating half a gallon of water on the stove. Simply pour half a cup of dish soap into the toilet bowl followed by your very hot, but not boiling, water and allow ten minutes for this to work through the pipes.

“Try flushing the toilet to see if this has dislodged the clog.”

Boiling water temperatures could result in a cracked toilet.

Next, the experts suggested trying to unblock the toilet with a wire coat hanger.

They said: “If you have one lying around, you can make use of a wire coat hanger to break up a bothersome toilet blockage. Simply take a spare wire coat hanger and unwind it so that you just have a long piece of wire.

“Lower the fabric end of the wire into the toilet bowl and push this into the drain, while twisting it slowly, until you are met with resistance. Keep pushing until the resistance gives way and the water in the toilet bowl begins to slowly drain away, before then flushing the toilet.”

A more common method for unblocking the toilet is using a combination of white vinegar and baking soda.

When combined, the two create a chemical reaction which can help to loosen any clogged materials.

The experts explained: “Start by mixing one cup of baking soda with two cups of water in a container and then pour these directly into the toilet.

“This allows the baking soda to disperse within the toilet pipes more evenly. Then pour two cups of vinegar into the toilet. Allow between 20 minutes to half an hour for the mixture to get to work on the clog, before flushing the toilet.”

According to Evolving Home, using enzyme products are “particularly useful” for breaking down blockages at the source.

They can be picked up from grocery or hardware stores and many will have instructions on how to use these in the toilet.

The experts said: “Simply pour the directed amount into the toilet bowl and dilute with water, and let it get to work on the clog. Give the solution some time to work before flushing the toilet to see if it has removed the problem.” 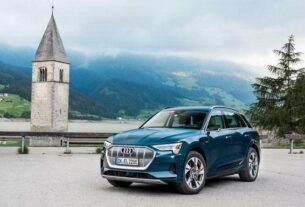 Coming soon to a car showroom near you 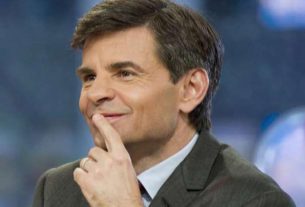 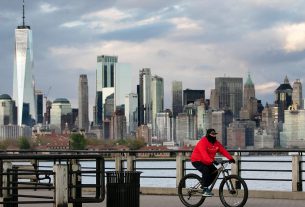