Thanks to a recent petition, stakeholders of a potential policy change are telling Health Secretary Sajid Javid to keep the Government’s “hands off” the freebie benefit. Proposals from the Government suggest that access to free NHS prescriptions is set to be made to align with the state pension which stands at 66 years of age. This would be a dramatic shift from what is current policy which allows those between the ages of 60 to 65 to receive free medication through the NHS.

Despite some people still being able to qualify through exemptions, it is believed a sizable proportion of over 60s will be detrimentally affected by this change.

The average NHS prescription cost in England is £9.35 per item which includes everyday medications commonly used by those over 60 which can be bought over the counter.

Many individuals opt to save money by purchasing a prescription prepayment certificate (PPC) for their medication.

Recently, a petition has been set up on the website Sum of Us calling on the British public to voice their concerns over the Government’s proposals for NHS prescriptions.

Specifically, the petition is titled “Hands off our NHS! No to a tax on sickness”, and demands Sajid Javid does not move forward with the policy decision which will affect over 60s.

Currently, it has raked up 70,394 signatures and is only around 4,600 away from reaching its final goal.

On the petition’s homepage, the group’s mission statement states: “Millions of over 60s face paying for NHS prescriptions, unless we act now.

“Sign the emergency petition demanding Sajid Javid and the Department of Health drop their plans to make over 60s pay for NHS prescriptions.

“Health groups have warned that the charges could ‘leave many patients in England unable to afford medication, intensifying existing health inequalities’.

Caroline Abrahams, the Charity Director for Age UK, said: “The adverse impact on older carers of this policy proposal adds to our sense that it has not been properly thought through.

“One senior doctor told me it was a ‘ridiculous idea’, because it is so likely to be self-defeating.

“The money the NHS saves from making more people buy their medication is almost certain to be outweighed by the costs of treating health conditions that worsen because some 60-65 year olds adhere less rigorously to their prescribed treatment regimes.”

“Fortunately it’s not too late for the Government to change its mind. We are urging the Secretary of State to drop a bad idea which flies in the face of other Government priorities, one which was developed before he joined the Department.”

A Department for Health and Social Care spokesperson said: “90 percent of community prescriptions in England are free of charge, and people don’t pay if they are on a low income, over 60, or have certain medical conditions.

“The upper age exemption has not changed since 1995 and that is why we are consulting on restoring the link between this and the state pension age.

“No final decisions have been made and we will publish the consultation response in due course.”

The Government has yet to publish its final consultation response to changes to free NHS prescriptions in England. 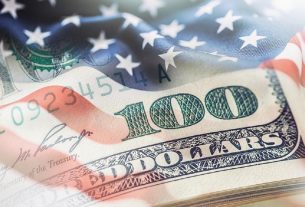 Retirement planning near me