SMARTPHONE season is upon us, and all the top brands are showing off their new toys – Google included.

I've had a chance to play with the new Google Pixel 3 XL: the tech giant's top model for 2018, and a direct rival to the iPhone XS. But is it better? 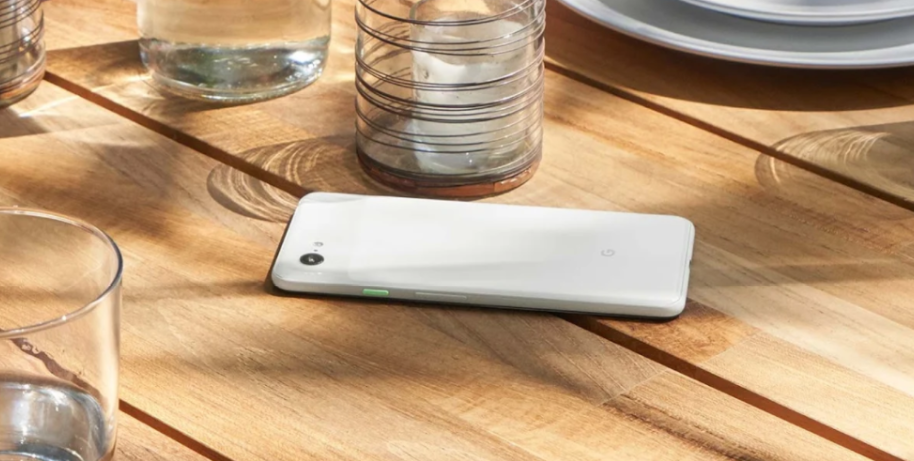 What is the Google Pixel 3XL?

Google launched its Pixel series of smartphones back in 2016, promising a range of handsets that were designed, developed and marketed entirely in-house.

They proved seriously successful, leading to a pair of follow-up handsets in 2017 – and then 2018, as it turns out.

This year's pair are named Google Pixel 3 and Pixel 3 XL, and they're largely the same device.

The latter is bigger, a little more impressive in terms of hardware, and pricier – and I've spent nearly a week trying it out. 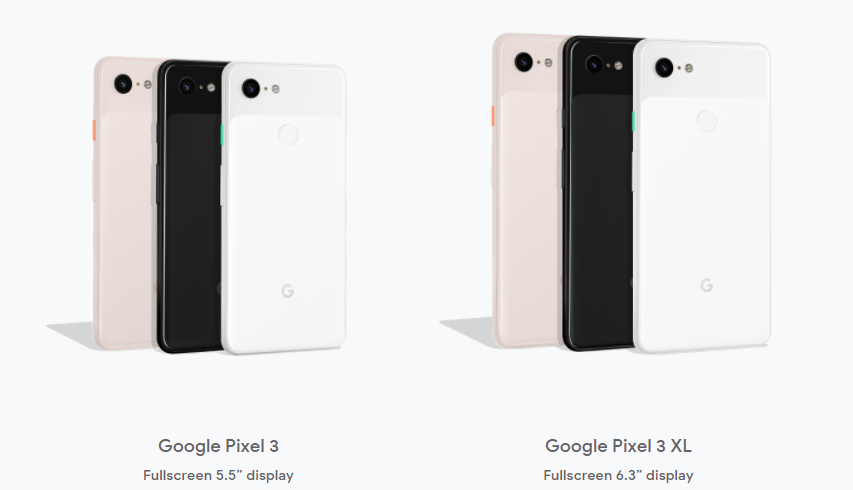 Google Pixel 3 XL design – beautiful, but with a dodgy notch

The Google Pixel 3 XL is a genuinely stunning handset.

It's got a glassy two-tone exterior that allows for wireless charging. Our model came in a 'Clearly White' paint job, but the 'Just Black' and 'Not Pink' options are also very attractive – if a little safe.

The handset is notably lightweight, coming in at a feathery 143 grams. That's around 30 grams less than Apple's iPhone XS. However, it's also 0.2mm thicker (at 7.9mm).

Google's phone feels great in the hand, and isn't particularly massive – despite having a large 6.3 inch screen.

This is slightly smaller than the 6.5-inch panel on the iPhone XS Max, but it's on the higher end of phone screen sizes regardless.

Perhaps the biggest design gaffe is the large "notch" at the top of the screen.

It's a small nub that juts out into the display, housing the front cameras and a speaker. The design was popularised by 2017's Apple iPhone X, but it's very common on Android handsets now too.

The problem with Google's notch is that it's very thin and deep, which makes it appear to cut into the display much more than Apple's shallower notch. 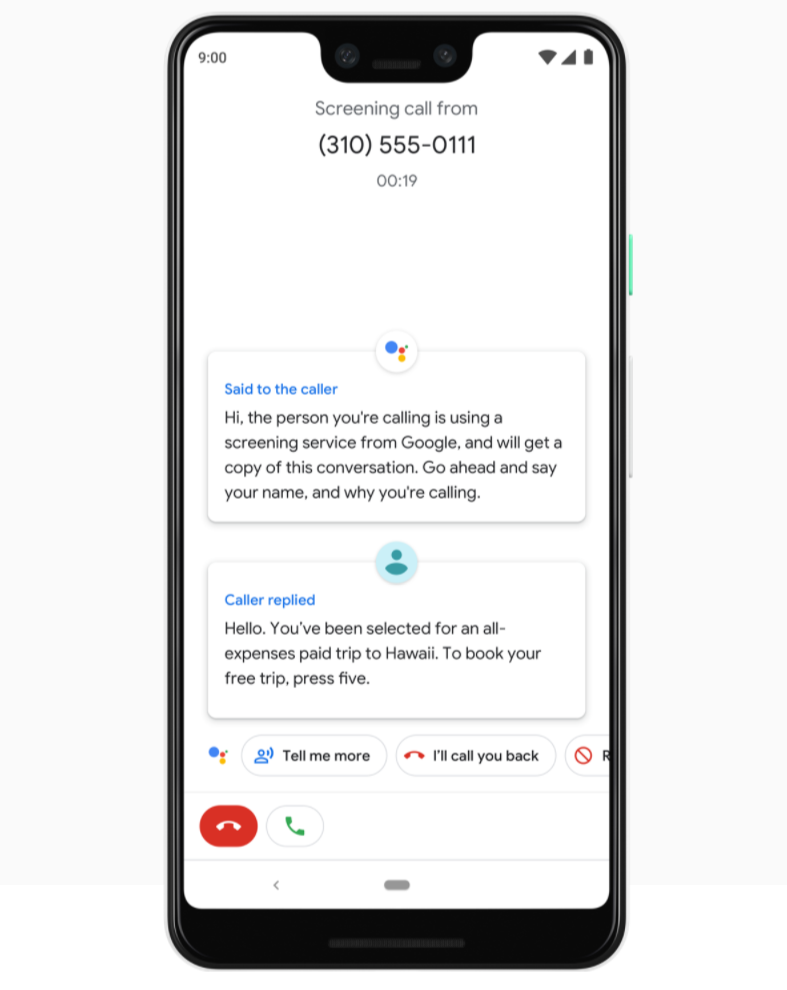 Sadly, this means the notch is obvious – and ruins the otherwise slick aesthetic.

It's also an odd design choice given that there's a huge bezel (or border) at the bottom of Google's Pixel screen , making the notch at the top seem altogether unnecessary.

But overall, Google has made one of the more attractive handsets of 2018. I prefer the iPhone XS's exterior, but the Pixel 3 XL beats the Samsung Galaxy S9 for looks. 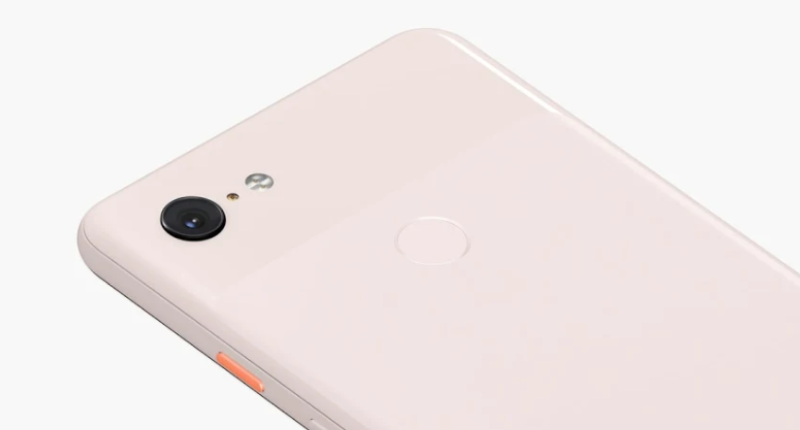 One of the biggest advantages of the Pixel 3 XL versus the smaller Pixel 3 is the larger 6.3-inch screen (up from 5.5 inches).

But it's also got a more dense 2960 x 1080-pixel screen, boasting 523 pixels-per-inch compared to the Pixel 3's 443 pixels-per-inch. This means you'll get a sharper, more detailed image overall.

The display is bright and and produces colours accurately. I don't really have any complaints – it hits 100% of the DCI-P3 colour range, and can support HDR (High Dynamic Range) video playback, giving you better contrast and more colours overall.

I should note that I was more impressed by the iPhone XS display, which is noticeably brighter at max settings on the same content, however.

It's all protected by tough-as-nails Gorilla Glass 5, which is about as rugged as phone glass gets these days.

But even better than the screen is performance: the Google Pixel 3 XL is buttery smooth, and that's thanks to the powerful eight-core chipset on board.

I experienced zero lag while using the Pixel 3 XL, and it's as close to iPhone-quality fluidity as I've seen on an Android phone. 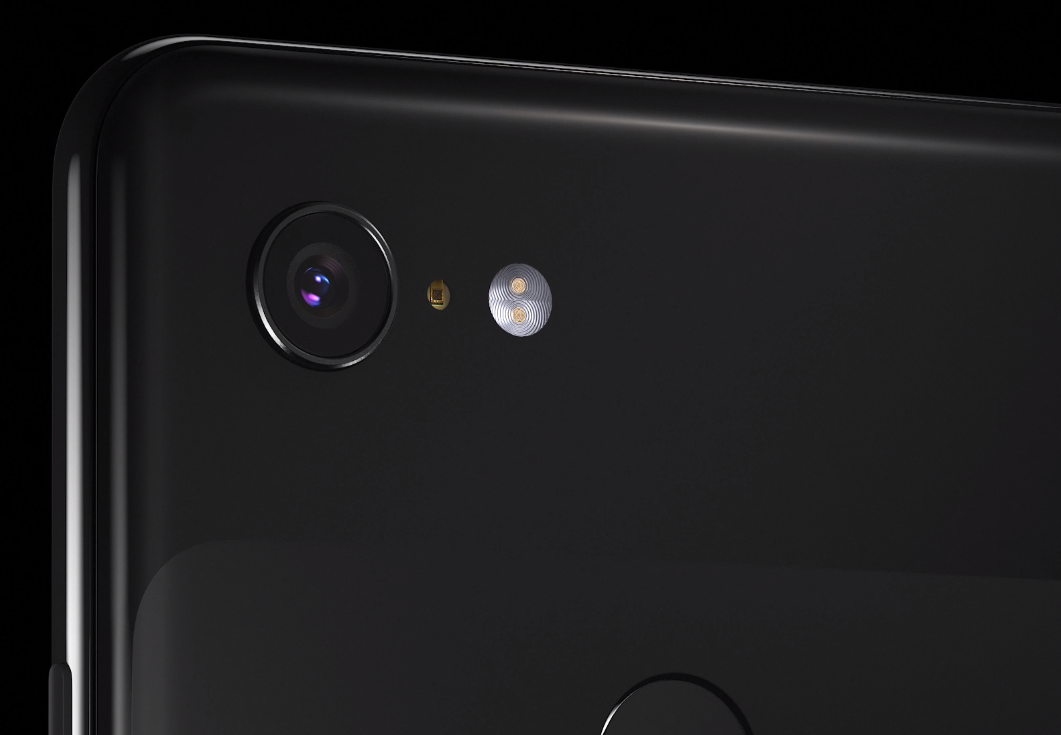 This is helped by a par-for-the-course 4GB (gigabytes) of RAM, which proves enough for even the most demanding phone tasks.

The phone comes in two storage variants: 64GB and 128GB. The base 64GB is the minimum you'd expect from a flagship phone these days, and matches Apple's iPhone.

However, there's no 256GB or 512GB option (despite other phone makers offering that amount), which may frustrate power users – exactly the type of customer this phone is aimed at.

Other nice improvements compared to last year's model are the "40% louder" front-firing stereo speakers, which sounded great during testing.

You also get a slightly boosted IP68 waterproof rating, which means the phone can survive underwater for 30 minutes at a depth of 1.5 metres.

The handset now supports wireless charging, and can be purchased alongside a 10-watt stand that powers up the handset. The stand itself is small, white and reasonably pretty – it'll look fine on a bedside table or desk.

Google has shrunk the battery slightly for this year's model, but it's still very large at 3,430mAh.

I found the handset made it through an entire day's usage. But in any case, you can fast-charge it using the supplied USB-C cable, bagging a claimed seven hours of usage in just 15 minutes of juicing.

Photography on the Google Pixel 3 XL is very impressive – but that's no surprise, given how capable last year's Pixel phones were. 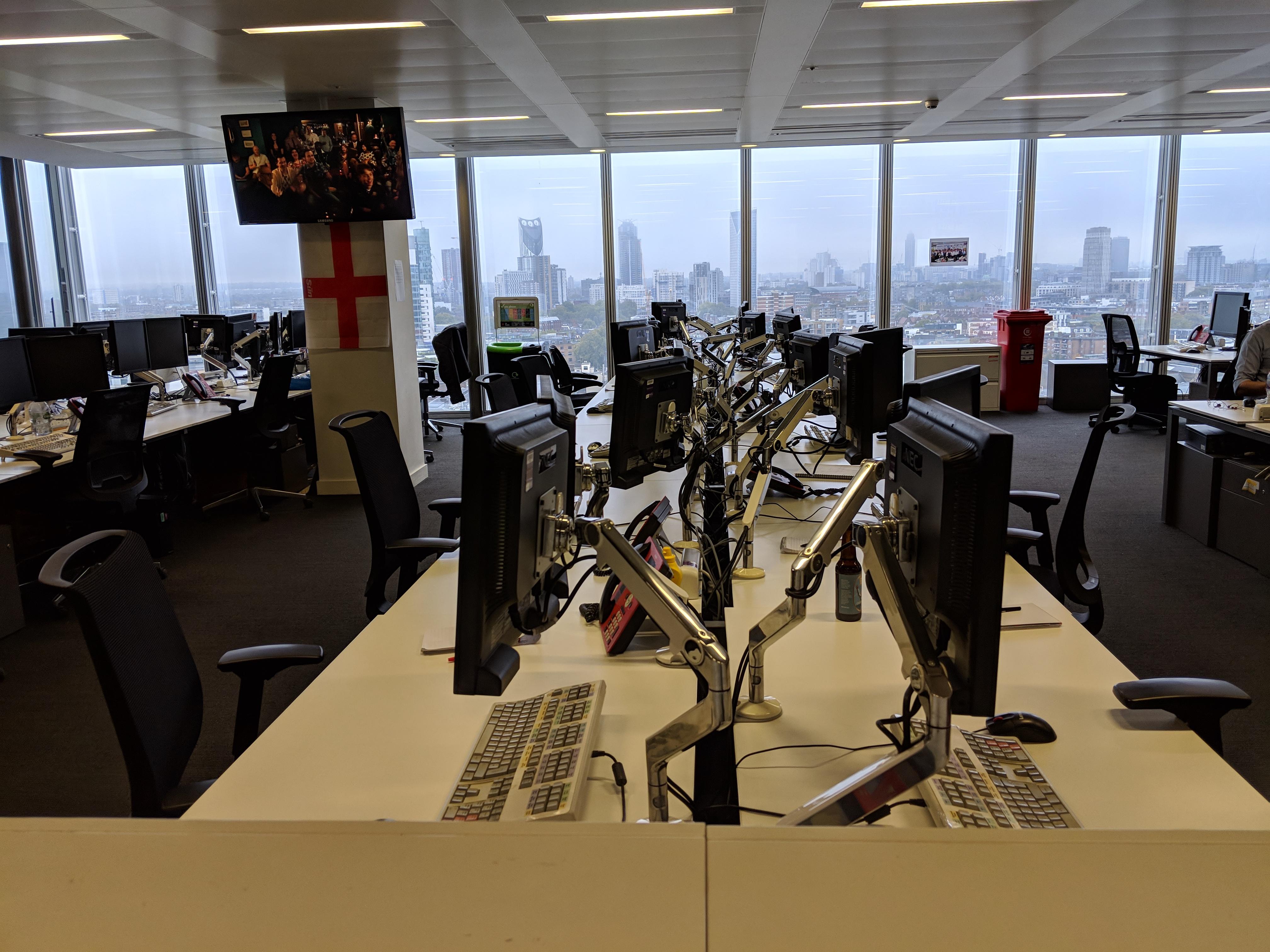 Google has bucked the trend yet again by dodging a dual-lens camera on the back, instead opting for a high-performance 12.2-megapixel shooter with a wide f/1.8 aperture.

It takes stunning shots, and we've not had any problems with the phone's snapping, even in relatively poor conditions.

Perhaps the most exciting feature, however, is the dual front-facing camera (two 8-megapixel shooters, one of which has a wide-angle lens with a 97-degree field of view), which makes for stunning selfies – although your mileage may vary depending on the quality of your own face.

There are some negatives though, mainly that the rear camera has no optical zoom and can't record 4K footage at 60fps, which puts it at a disadvantage compared to rival flagships. 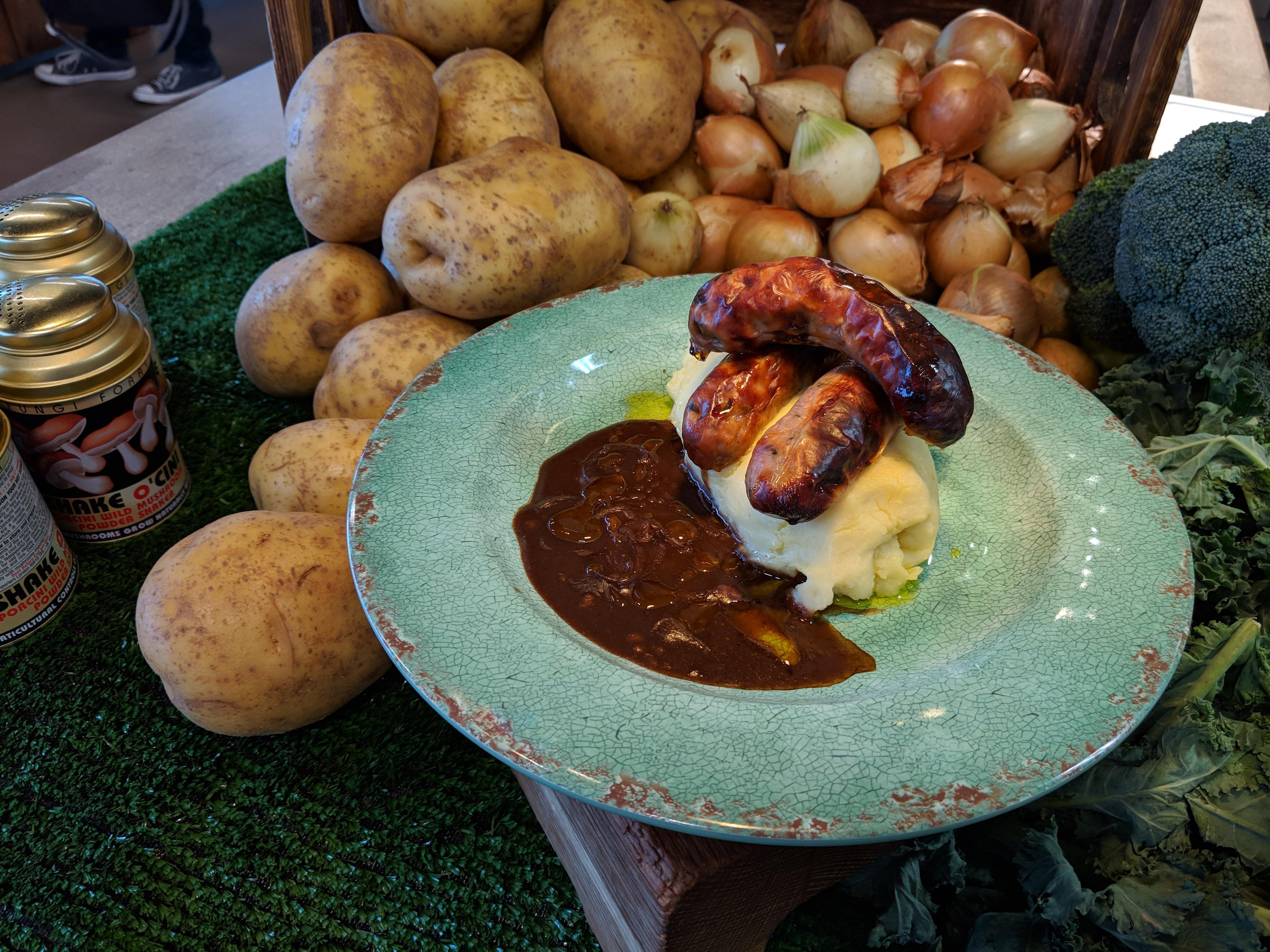 The only other point to note is that this phone runs on Google's latest Android 9.0 software.

It's a great operating system, and is largely on par with Apple's iOS in terms of capabilities.

But Google also ships software updates to Pixel phones before any other Android handset, so if you want the latest features, this is a major reason to buy the Pixel 3 XL over a Samsung or Huawei equivalent.

Google Pixel 3 XL features – what tricks does it have?

Google Pixel 3 XL review verdict – should you buy it?

The Google Pixel 3 XL is probably my favourite Android phone of 2018 – so far, anyway.

It looks good, performs spectacularly, and has a great camera that goes toe-to-toe with rivals.

If you've still got a Pixel 2 from last year, the upgrade probably isn't worth it.

And if you're a long-time Apple fan, we'd recommend sticking with the iPhone XS – it's a little better overall, albeit a bit more costly.

For Android fans, we recommended waiting around to see what Huawei's next Mate phone looks like, and eyeing the upcoming OnePlus 6T too.

But the speedy Android updates Google can offer Pixel owners make this a very tempting choice.

The Google Pixel 3 XL is a fantastic handset, and it'll be a sure-fire hit with Android fans – if you can look past its biggest problem: that dodgy notch.

The Google Pixel 3 XL is available to pre-order now for £869, and officially goes on sale in the UK from November 1.

What do you think of Google's new smartphones? Let us know in the comments! 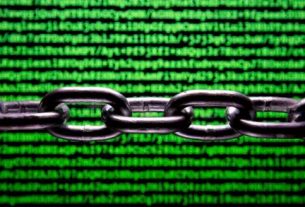