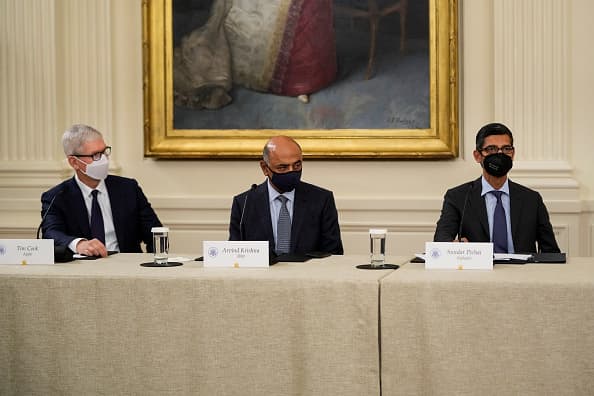 Business leaders in sectors ranging from tech to insurance committed billions of dollars to beefing up cybersecurity efforts at a White House meeting with President Joe Biden on Wednesday.

The meeting comes in the wake of several high-profile cyberattacks, including on government software contractor SolarWinds and oil pipeline Colonial Pipeline, that have brought added urgency to such security issues.

The commitments range from working toward new industry standards to supplying other businesses with stronger security tools and providing skills training to workers to fill the roughly 500,000 unfilled U.S. cybersecurity jobs. Biden recently signed an executive order requiring U.S. agencies to use two-factor authentication for logins, which can help prevent cyberattacks.

The White House said Apple would create a program devoted to making security improvements across their technology supply chains, which will include working with suppliers to adopt multifactor authentication and security training.

Google said it would invest more than $10 billion over five years to strengthen cybersecurity and pledged to train 100,000 Americans in technical fields such as IT support and data analytics through its Career Certificate program. Google's financial commitment will be used to strengthen the software supply chain and open-source security, among other things.

IBM said it would train more than 150,000 people in cybersecurity skills in three years, while partnering with historically Black colleges and universities to help diversify the workforce. The company also announced a new data storage solution for critical infrastructure companies and said it's working to create safe encryption methods for quantum computing.

IBM CEO Arvind Krishna told CNBC ahead of the meeting and outside the White House on Wednesday that cybersecurity is "the issue of the decade." He said he hoped to see more coordination between the public and private sectors coming out of the meeting and said IBM would do its part to help skill workers in the space.

Amazon Web Services, the cloud computing division of Amazon, is planning to give account holders free multifactor authentication devices to better secure their data. It's also planning to offer "Security Awareness training" to organizations and individuals.

A spokesperson for financial services company TIAA pointed to several ongoing initiatives it's undertaken to train more cybersecurity workers. Those include a partnership with New York University that allows TIAA associates to pursue a fully reimbursed master's degree in cybersecurity.

"Hopefully we'll continue to follow up and do a good job to protect our country from a really complex problem," he said.

Microsoft CEO Satya Nadella said the event "brought together the right set of folks to have a good discussion."

Two water company executives exiting the meeting told CNBC the discussion emphasized collaboration across sectors. American Water CEO Walter Lynch said there was an "understanding that we've got to work together to address the cyberthreats facing the country."

WATCH: Colonial Pipeline hackers reportedly got $90 million in bitcoin before shutting down 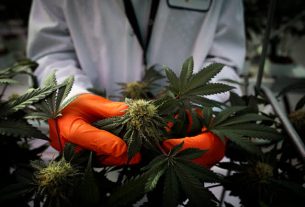 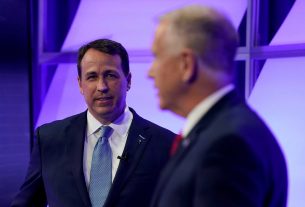