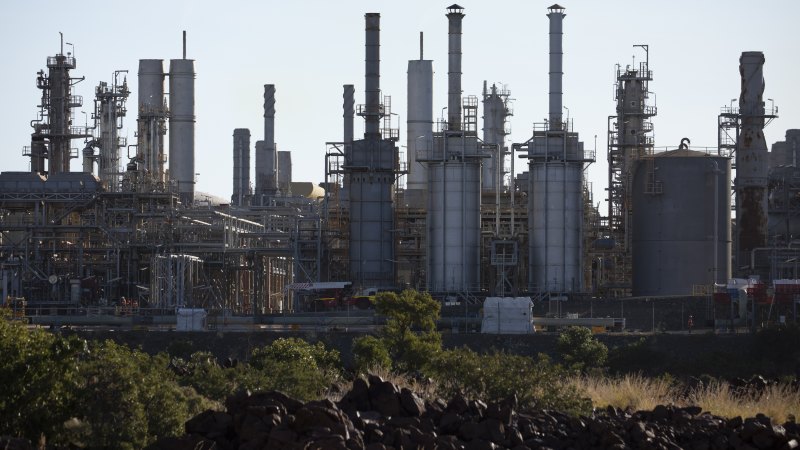 Western Australia’s environmental watchdog wants “a deep and substantial reduction” in greenhouse gas emissions this decade in a tightening of the regulatory screw against industry in the only state with rising emissions since the Paris Agreement benchmark year of 2005.

However, three giant Chevron and Woodside gas export projects under assessment by the WA Environmental Protection Authority this year are likely to escape the proposed tougher approach that will not come into effect until late 2022. 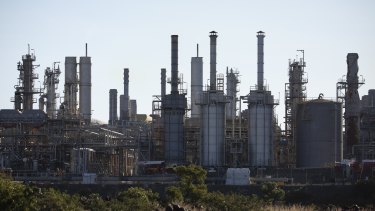 WA is the laggard in the Albanese Labor government’s quest to reduce Australia’s emissions by 43 per cent by 2030 compared to 2005, with 2020 emissions 4 per cent higher than 2005, compared to a 20 per cent drop in the national total.

The EPA puts the emissions rise down to increased mining and oil and gas exports in a draft guideline released in late July for how it will assess the climate impact of projects.

The authority that recommends to the WA environment minister what conditions should be placed on project wants global warming limited to 1.5 degrees, citing the south-west of the state that is drying at one of the fastest rates in the world, putting vast jarrah and karri forest ecosystems at the threshold of irreversible damage.

The independent authority has a chequered history reigning in emissions in the resource-dependent state.

In 2019, it proposed all new large projects offset all their emissions but folded after a week of vociferous pushback from the McGowan Labor state government and the resources sector, led by gas producer Woodside.

A year later it introduced a guideline that projects should contribute to the WA government’s “aspiration” of net-zero emissions by 2050 with continual reductions in direct, or Scope 1, emissions.

The EPA put this vague guidance into practice by recommending that projects reduce emissions in roughly a straight line to zero by 2050.

In a draft revised guidance issued last week, the EPA said accelerated action with “deep and substantial” reductions this decade followed by a straight-line trajectory to zero by 2050 was its minimum expectation of project proponents.

The emphasis on near-term action is consistent with climate science and makes it harder for companies to “greenwash” their image by relying on vague plans next decade, well beyond the responsibility of current management.

The EPA will also now include the Scope 2 emissions from power purchased by a project, as well as direct Scope 1 emissions, and use independent exports to verify projects are using the best available technology to reduce emissions.

An EPA spokeswoman said the draft guideline, which is open for public comment for eight weeks, is expected to come into effect towards the end of 2022.

The largest driver of WA’s increased emissions is the expansion of liquefied natural gas exports, with three projects starting since 2005 – Pluto, Gorgon and Wheatstone – and the North West Shelf project expanding in 2008.

The state government has separately requested the EPA review the greenhouse gas emissions conditions of the four projects that are all in the top five carbon polluters in WA outside the power sector.

In June, the EPA recommended Woodside’s ageing North West Shelf plant be allowed to operate to 2070 if emissions were cut in a straight line to zero by 2050. The decision attracted more than 750 appeals.

In February, state Environment Minister Reece Whitby asked the EPA to review pollution from Chevron’s Gorgon LNG project that has emitted millions of tonnes of additional carbon due to its continued failure to get its world-scale carbon capture and storage system working reliably.

Woodside’s plan to gradually cut emissions from its Pluto LNG plant that is being doubled in size to process gas from its Scarborough development has been under review by the EPA for more than a year.

The EPA expects to complete its assessment of Gorgon and Pluto in “coming months”, meaning the project’s long-term requirements to cut emissions will likely be determined under the current less-stringent guidance.

The EPA is also still reviewing the conditions on carbon pollution from Chevron’s Wheatstone project after a request from the government 4½ years ago. The inquiry is continuing, according to the EPA spokeswoman.

Chamber of Minerals and Energy acting chief executive Rob Carruthers said clarity and certainty around approval processes was critical and some aspects of the draft needed to improve in that area.

Conservation Council of WA executive director Maggie Wood welcomed an increased focus on Scope 3 emissions, produced when a project’s product is used, such as gas being burnt generate power.

Wood said the EPA should consider projects under the current threshold of 100,000 tonnes a year of emissions and be stricter about ensuring projects are designed to have the lowest possible emissions from the start.

“A proponent should not simply be able to say ‘we tried’ or ‘it was too hard’,” she said.

“They must be able to demonstrate they made a genuine and exhaustive effort to reduce emissions,

“It is important to note that the North West Shelf – one of Australia’s oldest and dirtiest fossil fuel facilities – was very recently given the EPA’s seal of approval without any conditions to improve the standard of the site’s design and operation.”

In psychology, sublimation is a mature type of defense mechanism, …