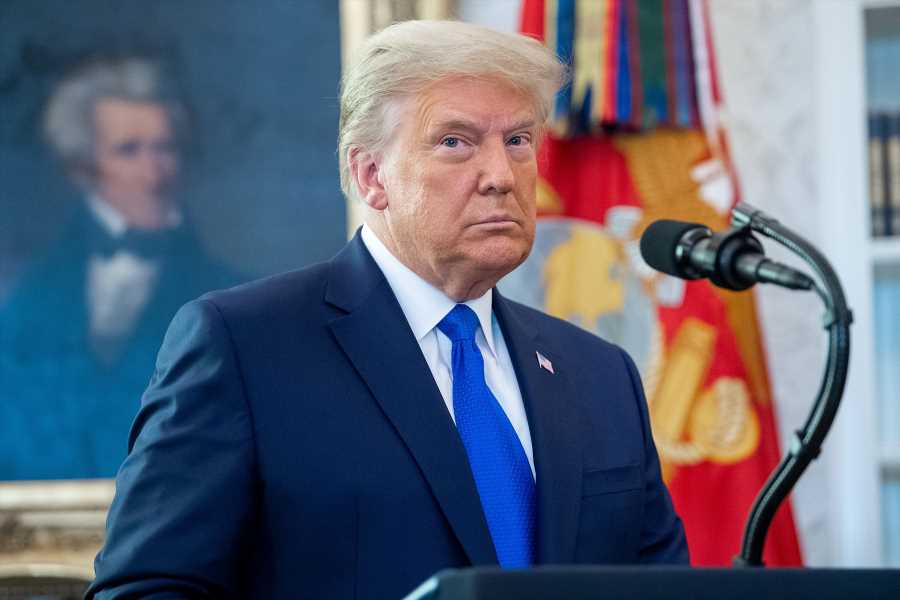 On January 2nd, 2020, Donald Trump made Georgia Secretary of State Brad Raffensperger an offer he hoped the Georgia official couldn’t refuse. “I just want to find 11,780 votes — which is one more than we have, because we won the state,” the former president said during the now-infamous phone call at the center of a possible racketeering investigation unfurling in Fulton County, Georgia.

“I felt then — and still believe today — that this was a threat,” Raffensperger wrote in his memoir, “Integrity Counts,” released last week. Among those who appear to agree with Raffensperger is Fulton County District Attorney Fani Willis. Earlier this year, Willis’ office sent letters to a number of Georgia officials whom Trump attempted to enlist in his efforts to overturn the state’s election, including Raffensperger and Gov. Brain Kemp, requesting they preserve any records that “may be evidence of attempts to influence the actions of persons who were administering that election.”

Now, that investigation appears to be shifting into high gear. Over the weekend, the New York Times reported that a special grand jury could be impaneled soon, and on Monday, Raffensperger confirmed that his office has been cooperating with the inquiry. “The district attorney, they have interviewed some of our people here, and they have asked for documents, which we have supplied,” Raffensperger told MSNBC’s Stephanie Rhule. (A spokesman for the Fulton County District Attorney’s office did not respond to requests for comment.)

Even as the inquiry appears to move forward, it remains cloaked in secrecy — the D.A.’s office has offered no information about when a special grand jury might be convened, or which potential crimes it may be charged with investigating. But Willis’ background, her hires, and her communications with Georgia officials all seem to indicate the Fulton County D.A. is aiming to use Georgia’s sweeping Racketeer Influenced and Corrupt Organizations Act or RICO act, typically used to prosecute members of a crime syndicate, to go after the former president and his allies.

As an assistant district attorney, Willis cut her teeth building a RICO case against Atlanta teachers and principals who were later found guilty of conspiring to cheat on the state’s standardized tests. Her office has retained the services of John Floyd, an expert on Georgia’s racketeering laws, who worked with Willis to secure 11 convictions in the cheating scandal.

“This prosecutor has tried Georgia RICO cases before in politically sensitive situations, has done so effectively, has won convictions, and has retained, perhaps, the leading Georgia expert on RICO to be a part of her team,” says Norm Eisen, a senior fellow at the Brookings Institute in Washington D.C. “When you put all of that together, it demonstrates that not only is a RICO charge possibly fitting, but also likely.”

Eisen was among the six co-authors of a report released last month that lays out in detail the various criminal statutes that Trump and his associates may have violated while working to overturn the election. The analysis includes a section that focuses specifically on Georgia’s RICO law, which Eisen says is even more expensive than the federal racketeering statute.

“The point of doing RICO,” Eisen says, “is because it allows the prosecutor to charge a broad range of activities, and that’s certainly what you have here with the former president in his attack on the election outcome in Georgia. This wasn’t just a call to Secretary Raffensperger — it was a whole array of acts, both before and after that call, and involving other individuals, and possibly other entities, including the campaign. And the RICO statute is there to allow that kind of a sweeping set of activities to be charged.”

Unlike a regular criminal prosecution where only facts relevant to the charges at hand can be introduced to build a case, a RICO prosecution is focused on establishing a broader pattern of misconduct. In that way, as Eisen says, such a prosecution “lets you tell the jury the full story of what happened.” It comes with harsher penalties too. If convicted under the law, the former president and his associates could face up to 20 years in prison in addition to substantial fines. But in order to win a RICO conviction, prosecutors have to demonstrate two or more of the 40 offenses covered under the statute have occurred.

Eisen and his colleagues identified at least five RICO-eligible offenses that Trump may have committed in his campaign to overturn the election results. A jury might be convinced, for example, that the former president committed the crime of false statements not only when he insisted he won the election on his call with Raffensperger, but when invoked debunked conspiracies — that thousands of pounds of ballots had been shredded, drop boxes delivered late, and dead people allowed to vote — to bolster his case. When he asked the secretary of state to overturn the election on the basis of those lies, he may have been soliciting false swearing. He might be found guilty of influencing a witness for telling Raffensperger and his general counsel they were at ‘big risk’ for insisting the election was fair.

RICO, Eisen says, “is a very, very serious set of allegations that really should only be used for the most serious possible misconduct. But I think we have that here. What could be more serious than a president allegedly attempting to overturn a lawful election, and seize power?”

It’s worth noting, however, that a special grand jury like the one that is reportedly imminent in Georgia can only issue subpoenas and gather information. Once prosecutors have what they deem sufficient evidence of a crime, they’ll have to present it to a regular grand jury in order to secure criminal indictments. (A spokesman for Willis’ office did not respond to questions about the inquiry’s timeline, and whether, if sufficient evidence of guilt were discovered, the D.A. would be able to convene a regular grand jury in a reasonable time, given the present backlog in Fulton County.)

But that evidence appears to be mounting: in addition to cooperation from the Secretary of State’s office, Willis’ team is reportedly working with Congress’ January 6th committee to secure White House documents relevant to the investigation. Late Tuesday night, a federal judge rejected the Trump’s administration’s efforts to block the committee from accessing those documents.

Create a Business Manager to organize and manage your…