Energy bills: James Cleverly says there will be support available

A new proposal put forward by charity Age UK is calling for additional support payments of up to £500 for the country’s most vulnerable in light of soaring energy bills. To determine who would qualify for this much-needed assistance, the charity has suggested using the eligibility criteria for the Cold Weather Payment. This would facilitate guaranteeing automatic support for the households who most need help with their energy bills.

Cold Weather Payments are awarded to families who experience sub-zero temperatures over an extended period in their local area.

For every seven days that a household gets very cold weather, they will be given £25 to go towards their energy bill costs.

As well as their geographical location, Cold Weather Payments are awarded to those who are on certain qualifying benefits.

Earlier this month, industry regulator Ofgem confirmed that the energy price cap is set to be increased which will see households having to pay an extra £693 in bills on average.

To mitigate this impact, Age UK is also recommending the Government cut the five percent rate of VAT from all households’ energy bills from April till at least the end of 2022.

According to the charity, this would save a household just under £100 if average bills jump to £2,000 as expected.

Celia, who is aged between 66 to 74, shared how the recent energy bill hike has impacted her and why more support is necessary.

She said: “Like many elderly people, I’m rationing my heating and trying to think of more ways to keep my head above water financially.

“With the cost of food and most other necessities going up almost daily, the future, especially over the colder months, looks very bleak indeed.”

Another woman named Sandra, 74, added: “I am a 74 year old pensioner living on the state pension in a privately rented house.

If my energy bills increase as much as predicted, despite the help already given, I will not be able to heat my house, eat, feed my little dog, my only companion, and pay my bills without going into further debt as my savings have already been eaten away.”

Caroline Abrahams, Charity Director at Age UK, explained: “The number of older people who are worried about being able to heat their homes is staggering and should be a source of shame for this Government.

“Millions of older people across the UK are absolutely dreading the imminent price cap announcement and urgently need reassurance that help is on its way so they can keep their heating on.

“This is a national crisis which needs a swift and decisive response from Ministers.

“Every single day we are hearing heart-breaking stories from desperate older people who are being forced to choose between heating and eating.

“This isn’t a looming crisis, it’s already upon us – and while the Government is dithering, millions of older people are suffering and putting their health at risk because they can’t afford to keep warm. It is an absolute scandal and one that requires urgent government action.

“Energy price rises on the scale we are now seeing are unprecedented and the Government’s response must be equal to the threat they pose to older people, many of whom are vulnerable and struggling to afford exorbitant bills on a meagre state pension.”

A Government spokesperson said: “We are committed to supporting vulnerable households with heating their homes, which is why we have announced a £9.1billion support package to help families dealing with rising energy costs.

“Our winter fuel payments are supporting over 11 million pensioners with their energy bills and we are continuing to encourage those eligible for Pension Credit, and the wide range of other benefits available, to make a claim.” 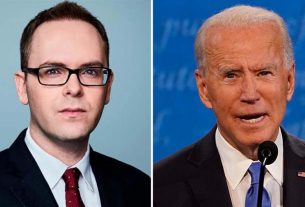 Control of the abuse of power