Sunak says There are no plans to extend furlough in August

Data suggests that around 1.6 million people were still on furlough last month, with around 340,000 moving off the scheme in July, according to HM Revenue and Customs. Today marks the first day without the safety net of the furlough scheme which is believed to have cost the Treasury more than £68billion. However, a personal finance analyst for Hargreaves Lansdown has warned that older people may be forced into retirement now, as they can find it harder to switch jobs.

Sarah Coles told Birmingham Live: “The end of the scheme poses a particular risk for older people, because once out of work, they tend to find it much harder to re-enter the workforce.

“This is due in part to the fact that the older we get, the less often we tend to switch jobs, so we’re less used to the rigmarole involved in finding work.

“There’s a risk many of this group will be forced into retirement, before either they or their finances are ready for it.”

The Coronavirus Job Retention Scheme aimed to help businesses keep staff on when they were not able to pay their wages due to the pandemic.

Domestic restrictions have now completely eased, but the effects of the virus remain, with many businesses still struggling to get back on their feet and having to cut costs, or indeed collapsing completely.

Charlie McCurdy, economist at the Resolution Foundation think tank, warned that certain industries, such as tourism, are still under severe strain because travel restrictions are still in place.

They added that the end of the furlough scheme would mark mass unemployment.

They said: “The number of people coming off furlough over the summer slowed to a trickle, as some firms and sectors ‒ notably overseas tourism ‒ struggle to return to pre-pandemic levels of activity.

“As a result, up to a million employees could still be on furlough when the scheme closes at the end of this month.

“While we expect most of these staff to return to their previous roles, a significant number will not, and we could see a fresh rise in unemployment this autumn.

“Given these circumstances, now is not the time to cut Universal Credit by £20 a week. The Government must change course.”

The end of furlough is coinciding with the Government cutting back the temporary uplift to universal credit, which officially ends on October 6.

The £20 uplift was brought in as extra support for families during the pandemic, but Labour leader Sir Keir Starmer called on Prime Minister Boris Jonson to “cancel the cut”, arguing that “millions of working families will be hit hard”.

A non-binding Labour motion to cancel the cut was passed in the Commons last month, after Tory MPs were instructed to abstain during the Opposition Day vote.

However, Mr Johnson is still plowing on with the original plan.

Many have argued that ditching the universal credit uplift just days after the furlough scheme ends could doubly hit struggling families.

Business Secretary Kwasi Kwartend admitted to the BBC it was going to be a “very difficult winter” for some.

Meanwhile, Gary Smith, general secretary of the GMB union, said: “GMB has safeguarded jobs through agreements ‒ but the reality is we face an economic cliff edge which risks killing the recovery before it even starts.

“With 1.6 million workers still on furlough, ministers, unions and employers must come together and agree a successor package to avoid the devastation of mass redundancies.

“There needs to be a package of support for harder-hit industries, such as aviation, which continues to be directly affected by travel restrictions set by the Government.

“These are viable jobs, and the cost of supporting them in the short term is much less than the long-term costs of unemployment.

“We can’t go back to business as unusual. Boris Johnson and Rishi Sunak must act now or be remembered for casting thousands onto the scrapheap.”

Thousands of homes to get ‘free’ £150 next week – Are you eligible for council tax rebate? 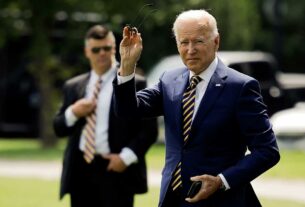