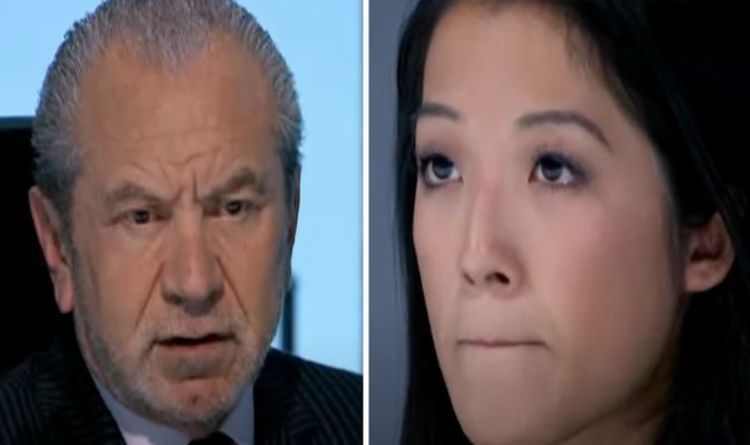 The Apprentice: Alan Sugar reflects on candidates of 2013 series

Tropic Skincare is the UK’s fastest growing skincare brand and boasts profits of £10.7million. Although the UK beauty industry declined by 10 percent in 2020, Tropic still managed to turn over £51million.

Upon leaving The Apprentice house, Ms Ma decided to restart Tropic Skincare, and, by the time the show went to air seven months later, the business was booming.

After filming wrapped at the end of 2010, Ms Ma invested £8,000 of her personal savings to take Tropic Skincare to the Ideal Home show in London.

She said: “I’d never worked so hard in my life.

“I was getting up at 6am, selling all day and making scrubs with my mum until four in the morning. I did that for 21 days straight. It killed me. I was like a zombie. But it was all worth it because the money that I earned was what convinced Lord Sugar.”

Lord Sugar revealed on the BBC show ‘You’re Hired’ shortly after the final that he would be investing in Susan.

Ms Ma remains the only candidate to receive investment without winning.

“It was the best moment of my life. I did a little hop when I left his boardroom.”

Tropic had also been recognised as the fastest growing skincare brand in the UK on the Sunday Times Virgin Atlantic Fast Track 100 league table, reaching £20million in revenue in 2017 with more than 3 million customers.

Tropic has more than 10,000 “ambassadors” who earn commission through selling the UK-made skincare products which are made from 100 percent percent natural ingredients.

In 2018, Tropic reported a turnover of over £29.5million. At this time, they were selling 3.3 million natural and vegan beauty products a year.

The business located to a new 48,000 sq. ft. premises in June 2019 to accommodate their rapidly expanding manufacturing requirements and workforce.

Tropic Skincare Ltd now has around 251 employees at this location and generates around £96.5million in sales.

Ms Ma started Tropic Skincare when she was 15 years old, as she needed to help her mum out with the household bills.

The money she made working on the weekends for the traders at the local market wasn’t enough, so she decided to start my own business.

She started making natural body scrubs with a family recipe she used to make when she lived in Australia.

She sold the body scrub at the market for a couple of years and took cosmetic formulation courses in the evenings so that she could extend the products she was offering.

She said: “It all started off very small – I made the products in my kitchen at home, and sold them on weekends at markets around London. But very quickly I started earning a lot of money from it. On my average day at the market, I’d take home £600 or £700.

“I also sold the products at exhibitions, like the Ideal Home Show.

“During third year university, I decided that I’d earned enough money from Tropic and I wanted to pursue a completely different career. By that point Tropic was turning over about £70,000 a year, so it had been more than enough to help pay the bills and put me through school.”

Ocean crossed during the middle passage

Performance is a genre in which art is presented live, usually by …