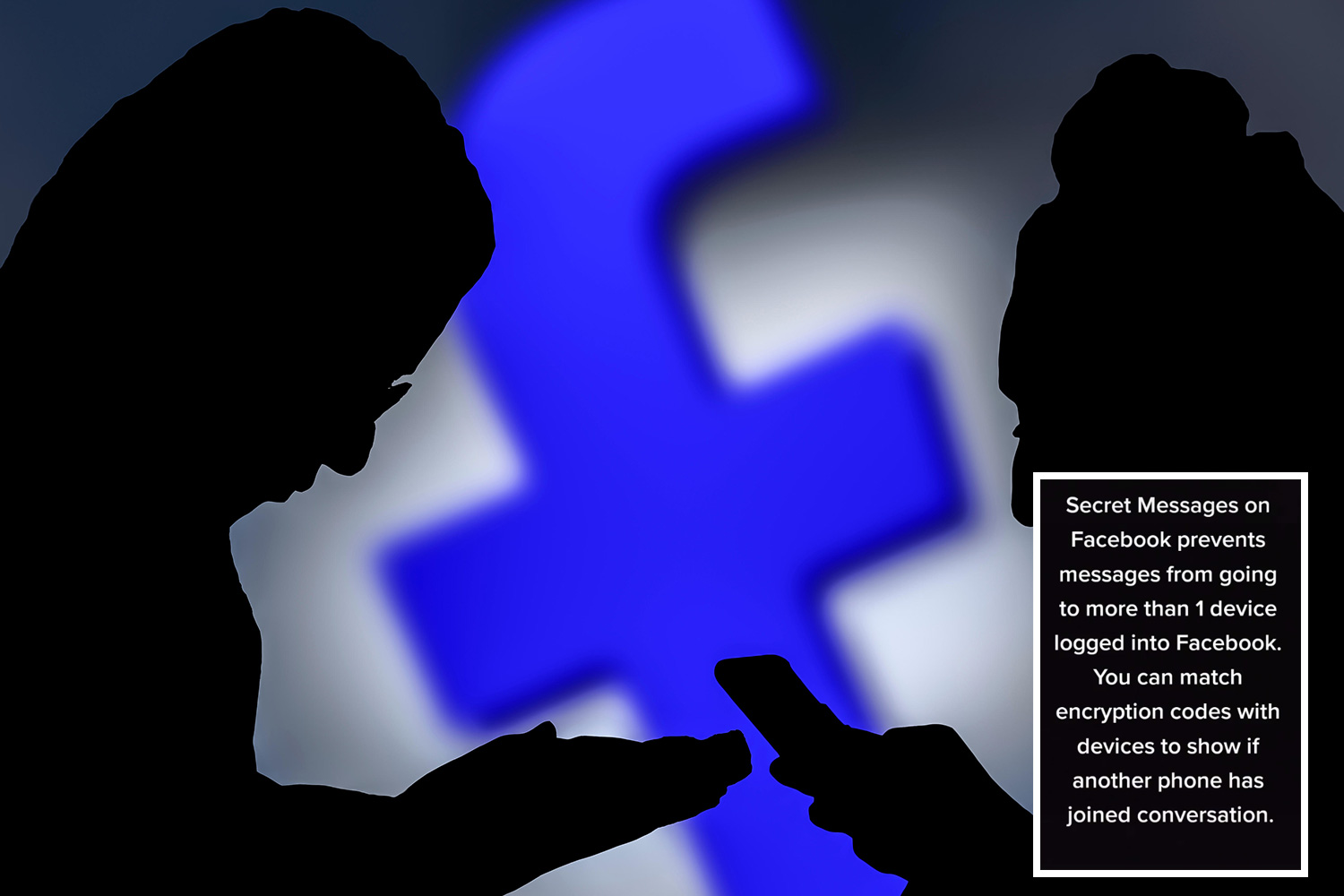 IF you're worried about someone snooping on your Facebook messages you may want to try its 'secret conversations' feature.

A popular TikTok video with "#howtocatchacheater" in the caption has highlightedthe feature as a way to have "sneaky" conversations. 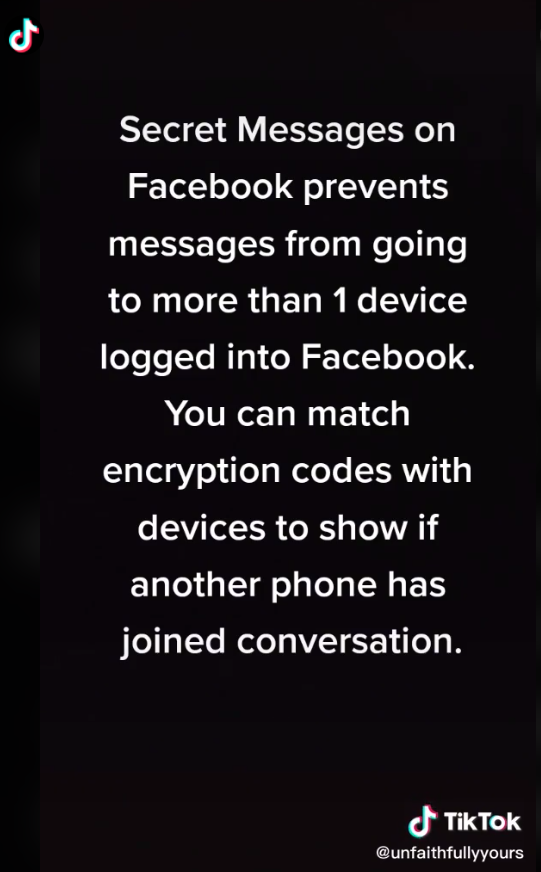 The video was posted by an account called @unfaithfullyours, which often posts about relationships and cheating.

The 22 second TikTok is just text on a black screen set to a Red Hot Chilli Peppers song but it contains the key information you need.

"You can match encryption codes with devices to show if another phone has joined the conversation."

Facebook has a whole section of its help page dedicated to explaining its 'secret conversations' feature.

You can only access the feature on iPhone, Android and iPad.

Facebook says: "A secret conversation in Messenger is encrypted end to end, which means the messages are intended just for you and the other person – not anyone else, including us.

"Bear in mind that the person you're messaging could choose to share the conversation with others (e.g. in a screenshot).

"Both you and the other person in the secret conversation have a device key that you can use to verify that the messages are end-to-end encrypted.

"You can also set a timer to have your messages disappear from the conversation."

Then click the lock icon in the top right hand corner and select who you want to message.

You'll find the timer option in the text box if you want to set a time for the messages to disappear.

Facebook says: "Secret conversations are currently only available in the Messenger app on iOS and Android, so they won't appear on Facebook chat or messenger.com.

You can send messages, pictures, stickers, videos on voice recordings via your secret conversation.

How to tell if another person has joined a secret conversation

Secret conversations are end-to-end encrypted but you can add another device to access the Secret Conversation if you need to switch.

You'll receive a notification if a new device tries to join a conversation and you can also compare verification codes to confirms who you're talking to.

Facebook says: "To verify the conversation is encrypted, compare the device key that appears under your friend's name with the their keys on their device to make sure they match. You can compare devices in person, or via screenshot."

To add a new device to a secret conversation you'll need to sign into Messenger on this device.

You won't be able to see past conversations until the device has been accepted.

Facebook notes: "You'll receive a notice in past secret conversations letting you and the other participants know you're on a new device."

This should also make it clear if someone has hacked your friends account or is trying to access your conversation uninvited.

In other news, Facebook has announced that it's changing its name to "Meta".

The company is working to create lifelike avatars of its users that they can control in a virtual world called the "metaverse".

Apple's system that exposes creepy iPhone apps that track your location or snoop on your browsing history has finally arrived.

And, astronomers claim to have spotted the first known planet outside of the Milky Way.

The Transiting Exoplanet Survey Satellite, TESS, is a space …