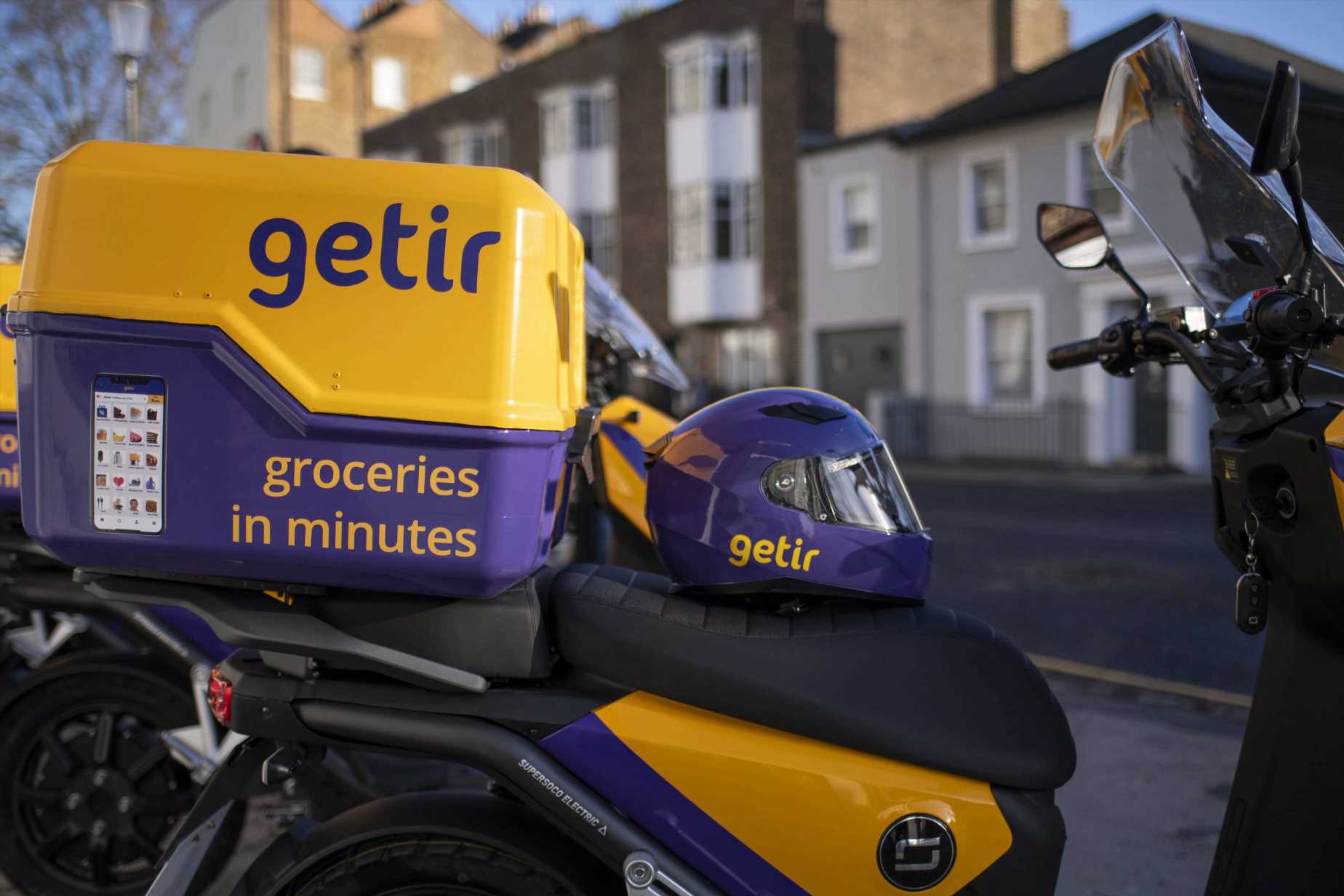 In recent weeks, New Yorkers have started to notice couriers in purple and yellow zipping around their city on mopeds.

These couriers, who can also be found in Chicago and Boston, are transporting groceries for rapid-delivery app Getir.

Founded six years ago in Istanbul, Turkey, Getir aims to deliver everyday essentials from its grocery stores to people's front doors in under 10 minutes.

This year, it expanded across Europe, where it competes with the likes of Gorillas and Zapp. Next year, it will be a lot more focused on the United States, where it will face a whole new level of competition.

"One U.S. is equal to all [of] Europe," Getir CEO and co-founder Nazim Salur told CNBC in an interview, adding that he thinks it's the best place in the world for start-ups to operate.

"A good basketball player in the end wants to play in the NBA and the NBA is in the U.S.," Salur said. "We played basketball in Turkey and then the EuroLeague. And now it's time to show our skills and try to make it in the NBA."

Getir plans to expand into "many more" U.S. cities in 2022, Salur said. The entrepreneur declined to give a specific number, but it will "definitely be" more than 10, he said.

"To give you an idea, we opened London 10 months ago, and today we're in 16 cities in the U.K.," he said, adding that the U.K. market is five times smaller than the U.S.

Stiff competition in the U.S.

Getir, which has almost 30,000 employees worldwide, will face stiff competition from much larger companies in the United States.

Food delivery firm DoorDash, which has a valuation five times that of Getir, has launched its own rapid-delivery service, while Uber is also running experiments. Amazon, the world's biggest e-commerce company, could also move into the space.

"There are other companies who are coming into our area," Salur said. "Some existing bigger players, such as DoorDash."

There's also a new generation of rapid-delivery companies trying to get a slice of the pie.

Several New York rapid-delivery startups, including Jokr and Buyk, have sprung up recently, but Salur claims they don't pose any immediate threat to Getir.

"They are very new and we're much more experienced," he said. "The competition there is not going to bother us."

Getir has raised over $1 billion for its expansion efforts, with investors most recently valuing the business at more than $7.7 billion.

The company plans to raise more capital in 2022, Salur said, adding that he raises money in a different way from some of his rivals.

"Others raise in panic most of the time and the investors make the rules," Salur said. "When we raise it is mostly on our terms."

Reluctant to dilute his stake in the company any more than necessary, Salur said Getir won't take on more cash than it needs to.

While Getir has been backed by big name investors such as New York hedge fund Tiger Global and Silicon Valley venture firm Sequoia, not everyone is willing to make bets on rapid-delivery companies.

"It's very challenging to get the unit economics to work in this sector, and just a few will survive," he said. "I regard the current valuation of those companies extremely exaggerated and hyped."

Salur plans to take the company public in New York eventually. He said this could happen as early as next year or 2023.

"We would IPO when the right time is there but then we want to stay at the helm of the company in the long term if the situation permits us of course," Salur said.

The charter of rights and freedoms