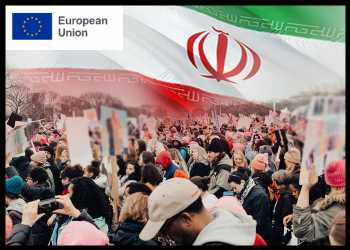 The European Union and the United Kingdom have imposed additional sanctions against 29 Iranian individuals and three entities involved in the violent crackdown on protestors.

341 demonstrators were killed and hundreds of others were arrested in nationwide protests in response to the death of Iranian university student Mahsa Amini while she was in custody of the Islamist nation’s moral police.

The sanctions target the four members of the squad that arrested Mahsa Amini, provincial heads of the Iranian Law Enforcement Forces (LEF) and of the Islamic Revolutionary Guards Corps (IRGC), as well as Brigadier General Kiyumars Heidari, the Commander of the Iranian Army’s Ground Forces, for their role in the brutal repression of the recent protests.

Moreover, the EU lists Vahid Mohammad Naser Majid, the head of the Iranian Cyber Police for his responsibility in arbitrarily arresting people for expressing online criticism of the Iranian regime.

The European bloc also designated Iran’s Interior Minister Ahmad Vahidi, who is also in charge of the LEF, which have committed serious human rights violations.

The latest round of EU sanctions consists of a travel ban and an asset freeze. In addition, EU citizens and companies are forbidden from making funds available to the listed individuals and entities. The Iran human rights sanctions regime also includes a ban on exports to Iran of equipment which might be used for internal repression and of equipment for monitoring telecommunications.

Josep Borrell, the EU High Representative for Foreign Affairs, urged Iran to immediately stop the violent crackdown against peaceful protesters, to free those detained, and to ensure the free flow of information, including internet access. 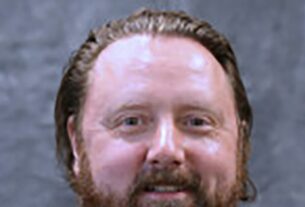