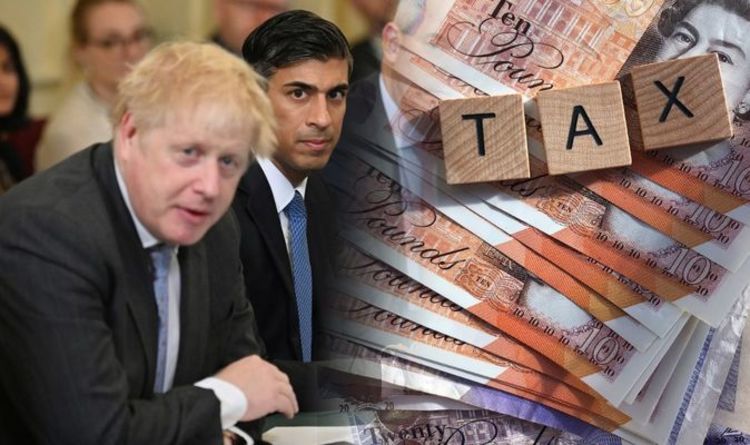 Rishi Sunak insists UK will not return to austerity

Rishi Sunak recently revealed the next Budget will take place on October 27 and given the state’s recent tax changes, Britons may be worried about what’s on the horizon. Despite the changes already made, such as the raising of National Insurance and temporary removal of the triple lock, the Government reportedly still needs to find billions of pounds to cover coronavirus related costs. A number of experts expect the Chancellor will need to target Capital Gains Tax in the coming months as his options dry up, which will hit businesses, the self-employed and even cryptocurrency investors.

Simon Lancaster, the founder of SJL Insurance Services, commented: “I think the discussion here is similar to the tax and spend discussion that has happened since time immemorial!

“But essentially – The Government does need to find lots of cash to pay for Covid, which in fairness as we know has cost them billions and billions. That is without doubt, the question is; where it comes from. My fear is that they will put too much burden on business, many of whom are already struggling from the numerous effects of Covid themselves.

Businesses have already been hit with many recent increases, including the six percent corporation tax rise that will come into effect in April 2023, pension contributions (we at SJL Insurance Services now spend £120,000 a year on pension contributions for our staff), and the more recent NI rise last week which businesses have to pay for as well as employees. If they clobber businesses more in this Autumn budget, which I’m sure they will, it will push a lot of businesses over the edge.

“I fully expect the Chancellor will also increase Capital Gains Tax (which is the tax upon eventual sale of the business) so all in all entrepreneurs may feel why bother to start up a business, or why bother to expand and grow/take risks as the cost of tax burden is too high. And we need these business start ups and growing to fuel the economy, taxation and employment.”

A change in this area could hit those who invest in cryptocurrency, a notoriously volatile asset class which has its own set of difficulties it already attends to. Tim Crook, the head of tax at Gherson Solicitors, issued a warning on this.

“At present cryptoassets are taxed in much the same way as most other investments (such as shares) and on a disposal any gains made are within the scope of Capital Gains Tax at 10 percent or 20 percent (subject to a tax free annual allowance of £12,300),” he said.

“However in the rare circumstance where an individual buys and sells exchange tokens with such frequency, level of organisation and sophistication that the activity is considered to be trading then income tax will take priority over capital gains tax and will apply to profits.

“The Government will undoubtedly be looking for novel ways to increase tax revenues to help balance the books after the coronavirus pandemic. It seems very unlikely that they will introduce a special regime for the taxation of cryptoassets.

“However, an increase in Capital Gains Tax rates so that they are more in line with income tax rates has been mooted for a while now. The Government has so far held off making this change but if it did this would have an impact on crypto investors with any gains they make potentially being taxed at higher rates than currently.”

DON’T MISS:
Taxpayers to be ‘clobbered with large fines from HMRC’ – get ready [EXPERT]
Council Tax warning: Bills set to rise for Britons as NI costs jump [WARNING]
‘I wasn’t entitled to a penny of support’ – self-employed struggle [INSIGHT]

CGT is a tax paid on the profit of an asset that has increased in value when it’s sold and as such, it is usually associated with investments. However, there is a range of ways in which people can be hit by CGT.

CGT, on top of investments in shares, can also be levied where a person makes a gain on the sale of:

The prospect of raising CGT costs for the self-employed specifically could also have a dramatic impact on an already struggling sector.

Recent research from the Association of Independent Professionals and the Self-Employed (IPSE) showed freelancers are not benefiting from the “post-pandemic boom” the Government has celebrated in recent months.

The research from IPSE showed after a surge at the start of the year, freelancers’ average quarterly earnings have slumped by over £2,100 – to £18,652.

IPSE’s Confidence Index shows the driving force behind this is not a reduction in the amount freelancers are working, but freelancers themselves slashing their day rates. Freelancers have cut their day rates from an average of £445 last quarter to £397 in Q2 – which is lower than during the pandemic and the lowest overall since 2018.

This, according to IPSE’s analysis, seems to be caused by freelancers having to compete for fewer contracts as work levels still fail to return to pre-pandemic levels. Freelancers’ spare capacity (the number of weeks per quarter freelancers were not working) stayed at 3.7 weeks in Q1 and Q2 – still far from the 2.6 weeks of Q4 2019.

Should tax burdens for the self-employed be raised however, this optimism could quickly reverse.

Derek Cribb, the CEO of IPSE, expanded on how tax obligations have proven to be a key issue for freelancers in the past, highlighting that they could cause further issues down the line.

“After a surge in the first quarter of 2021, freelancers’ average quarterly earnings have now dropped by over £2,000,” he said.

“This is because, just as the rest of the economy is firing up and wages are rising across the employee job market, freelancers are having to slash their own day rates. Why? The contractors’ bugbear: IR35.

“It is now clear – as we feared – that the changes to IR35 were introduced into the private sector at the very worst time: just when they were most likely to hamstring the freelance recovery. Now just when there should be a surge in freelance work to support the wider economic recovery, many freelancers are finding themselves competitively slashing their day rates to fight it out over fewer contracts.

“It is not all bad news though: it is promising that there is so much optimism among freelancers about the economy and their businesses’ long-term prospects. Clearly, freelancers see a brighter future when the post-IR35 chaos settles. This also shows a path for the Government: stepping in to regulate umbrella companies and clear the mess after IR35 would not only boost the freelance sector, but also unleash its potential to drive a faster and fuller economic recovery.”

While it is impossible to know for sure what Mr Sunak will announce at the Budget ahead of time, he did provide clear indication of his intent when announcing the spending review. Mr Sunak said: “Since the start of the pandemic, we’ve delivered on an unprecedented scale to protect people’s jobs and livelihoods. Despite the worst economic recession in 300 years, we have not only got people back into work through the Plan for Jobs but continued to deliver on the priorities of the British people.

“At the Spending Review later this year, I will set out how we will continue to invest in public services and drive growth while keeping the public finances on a sustainable path.” 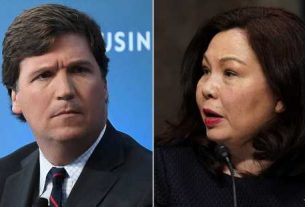 Duckworth on whether Washington statues should come down 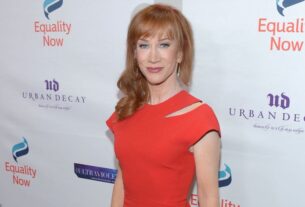