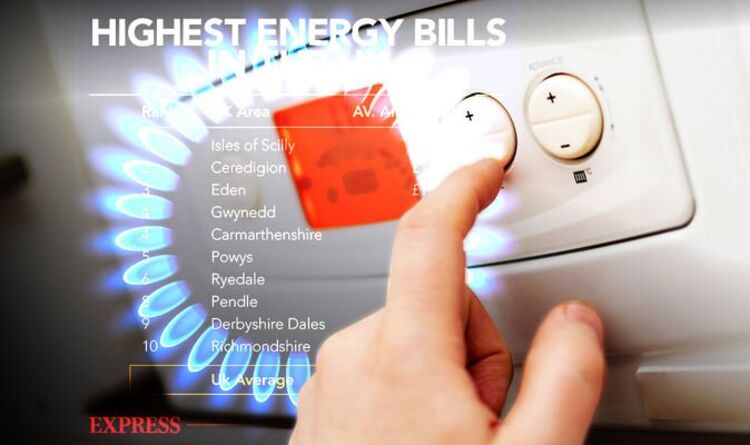 Analysis from Boiler Central has unveiled the names of the areas across the country which are already experiencing record high energy costs. This comes ahead of the pending energy bill rise in April which will see the average household bill skyrocket by £693, according to Ofgem. Boiler Central’s analysed figures from the Office for National Statistics (ONS) to determine which towns are already paying the most than anywhere else in the UK.

The research found that the Isles of Scilly in Cornwall is the area which experiences the highest energy costs in the country.

Those who live in the Isles of Scilly pay £1227 towards their energy bills every single year which is almost £500 more than the average UK bill of £757.

Furthermore, this amount is around £800 more than the UK area with the cheapest bills, which is Tower Hamlets in London.

In Wales, Ceredigion has the country’s second-highest energy bills, with families in the area spending £1092 a year.

Rounding out the top three is Eden in Cumbria with households forking out £1,056 annually.

Other places with rank in the top 10 include: Gwynedd, Carmarthenshire, Powys, Ryedale, Pendle, Derbyshire Dales and Richmondshire.

Myles Robinson, a spokesperson for Boiler Central, explained what these figures expose in terms of the state of UK energy bills.

Mr Robinson said: “Energy bills are already sky-high and bills are soaring by a predicted £600 in spring.

“It is those homes which are least energy efficient which will suffer the most from rising bills, as escaping heat will mean that your heating system works harder to compensate for the lack of warmth, costing you more.

“The Government is advocating heat pumps as a solution to soaring energy bills, but these will not be effective without proper floor insulation – which 65 percent of homes in the UK currently lack.

“While households can use some hacks to insulate their homes better, for example, buying inexpensive pipe insulation from a DIY store, unless something serious is done about the energy crisis, we will see many more households driven into poverty.”

Recently, the Government introduced a new rebate scheme which would see households receive an extra £200 towards their energy bills.

However, Mr Robinson believes this measure does not go far enough in tackling the issues the country is currently facing.

He continued: “Although the Government is introducing an ‘Energy Bills Rebate’ where energy customers will have £200 knocked off their bills, this functions as more of a ‘loan’ or a ‘buy now pay later scheme’, according to Martin Lewis.

“He points out that families will have to pay back the loan in equal instalments of £40 a year.

“Some energy suppliers offer hardship funds, where you can get up to £750 off your energy bills if you are living in fuel poverty, so if you are struggling, it’s worth checking if your supplier offers this”

On the support available to those who are struggling, a Government spokesperson said: “We are committed to supporting vulnerable households with heating their homes, which is why we have announced a £9.1billion support package to help families dealing with rising energy costs.

“Our winter fuel payments are supporting over 11million pensioners with their energy bills and we are continuing to encourage those eligible for Pension Credit, and the wide range of other benefits available, to make a claim.”

Since 1983, the metre has been officially defined as the length … 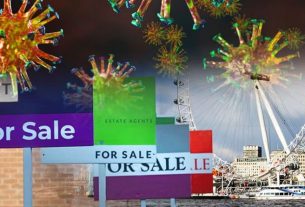