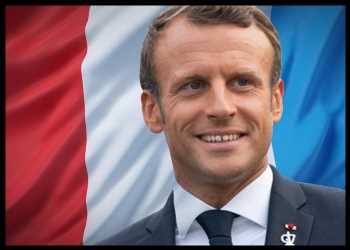 Delivering victory speech in the Champs de Mars, Emmanuel Macron who has been re-elected as the French President, vowed to be the “president for each and every one of you.” He promised supporters that “no-one will be left by the wayside”.

Macron, who became the first sitting president to be re-elected in the last two decades, said he owns responsibility to find an answer to the anger and disagreements that led many of his party’s supporters to vote for the extreme right.

In the runoff vote Sunday, Macron won 58.55 percent of the votes against Le Pen’s 41.45 percent, a greater margin than expected.

It was a repeat of the 2017 presidential election after Macron, 44, and Le Pen, 53, were qualified for the presidential run off after winning the most votes among the 12 candidates in the first round of voting two weeks ago.

The turn-out was low in the run-off.

Macron promised to address all of France’s current problems, which include the rising cost of living and immigration.

The centrist leader overcame a tough challenge from Le Pen, who secured the far right’s highest share of votes yet in French presidential elections.

Marine Le Pen, who is the leader of the National Rally party founded by her father Jean-Marie Le Pen, won more than 13 million votes in the election.

Addressing supporters after the results, she said the “match is not completely over”, in apparent reference to parliamentary elections that are due in June. 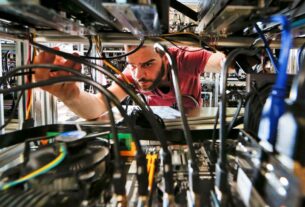 U.S. officially the top destination for bitcoin miners, beating out China for the first time 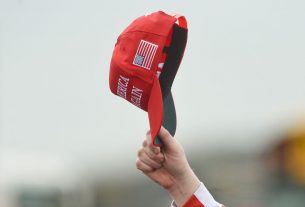