Dragons Den winners: The original and the best

Founders Nikki Frith and Lindsey Oldroyd pitched Granny Marmalade in 2014 asking the Dragons for £50,000 in return for a 20 percent stake in the company. When they first started, Nikki and Lindsey made her grandmother’s recipe from her kitchen, packaged it and took it to sell at the farmers’ market.

Due to popularity, the pair were able to secure their first stockist.

The first stockists bought multiple jars and stocked it in 25 out of 29 stores in Stockholm.

They were selling six jars per store each week.

They also worked with two UK based distributors but wanted the investment in order to expand the brand.

Despite the entrepreneurs’ confidence in their brand, not all the Dragons were convinced.

Piers Linney explained he didn’t get the brand, with his confusion stemminf from a modern logo while they were pitching something traditional.

Deborah Meaden also thought there was a “disconnect” with the logo and the brand.

She said it was nice, but she couldn’t invest.

However, Nikki explained they have always had a positive reaction with the branding, and they wanted to do something different than traditional gingham styles.

Kelly Hoppen added: “If you want to do something with this, you’re going to have to change the branding.

“To me it just looks cheap, a cheap chutney. Good luck but I’m out.”

After tasting the marmalade, Duncan Bannatyne said: “I love marmalade, but I don’t think it’s the best one I’ve tasted, I’m sorry to say but I’m out.”

He explained that all her friends and neighbours would probably say that the product is fantastic to show support, but they won’t tell them the real issues.

His main issue was the branding was not clear, stating he did not know it was marmalade in the jar.

Peter Jones was Nikki and Lindsey’s last hope but the thought the marmalade would only work regionally.

He said: “I think the product tastes absolutely wonderful and will be upset if it’s not on the shelves.

“This is a product that was created that will do regionally well but if you want to have a national brand and product, this isn’t it.

“This won’t succeed. It looks like Asda’s own brand; I think you’ve got the wrong brand and name.”

Lindsey told Peter they have sold 7,500 jars, however he said they should be selling a lot more or it won’t be on the shelves for long.

For this reason, Peter said he is out.

Since appearing on the popular BBC programme, Nikki and Lindsey wasted no time in heeding the Dragons’ advice.

They rebranded Granny Marmalade into Granny Cool and their curds and marmalades have been in more demand than ever.

As well as supplying dozens of retailers in the UK including Booths, Granny Cool is also now sold in luxury store Dean and Deluca in Kuwait as well as stores in New York and Helsinki.

Granny Cool is also stocked at the Selfridges flagship store in Oxford Street. There are also plans for the preserves to be sold in Dubai. 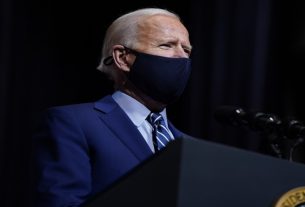 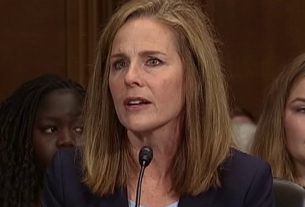