Alex Savelli and Finn Lagun entered the Den in 2018 with their business Pasta Evangelists, but it was brushed off by the Dragons as “nothing special”. Their request for £75,000 in exchange for a 2.5 percent equity stake was rejected.

However, the fresh pasta delivery service got the last laugh as after the episode aired, sales almost doubled, and they managed to acquire £3.5million in funding from investors.

Alex and Fin launched the business in 2016.

People are able to order the handmade pasta and have it delivered to their home on a one-off basis, or on a subscription service.

When delivered, people can follow the recipe cards in order to make the food.

Each dish should take four to five minutes to prepare, Alex explained.

When asked about pricing of their pasta, the pair said they had sold about two portions of vegetarian pasta for £13.90 a week.

However, Touker Suleyman argued that he could get fresh pasta in Marks and Spencer for much cheaper which is still very good quality.

Fin explained that the pasta they offered is different to what people can get in the shops.

The pair defended their pricing by revealing they have a loyal customer base, with 94 percent of customers in their survey saying they would reorder their pasta again.

Deborah Meaden said the taste of their pasta was “fantastic”, however they had a “startling” valuation.

She explained that there is nothing stopping someone from copying the brand, however the duo stressed that their product list of premium pasta is what made the business unique.

They were working on a fund-raising round of £1.7million. After they reached this figure, the pair wanted to start raising more money.

Their plan indicated that they would not make any profit until May 2020.

In shock, Touker Suleyman said: “You’re taking money from shareholders just so you can lose it.”

Pasta Evangelists was predicted to lose over £3million to £3.5million by 2020.

However, Alex said: “That’s all it takes to create a business that could be tuning over £40million – £50million five years from now.”

Jenny Campbell said she liked their business because it was a “brilliant lesson of how not to run and set up a business”.

She continued: “Where did you lose your marbles in this one?

“I stopped writing because the numbers were raining down, it was just going disaster after disaster.

“Your cash requirement and your valuation are ridiculous.

“This is pasta le disaster and I’m out.”

Tej Lalvani was concerned about the equity that was at stake. He did not think any Dragon would invest for such a small percentage which could further be diluted down to 1.5 percent in a few years.

He said: “You’ve come in here asking for a ridiculous ask. I’m out.”

Additionally, Deborah said: “Your valuation is crazy on a business that is very easily replicable. I’m out.”

Touker Suleyman explained that the pair are “delusional” for thinking Pasta Evangelists could one day be worth £200million.

He said: “This company is nowhere near your valuation; I’m not going to invest. I’m out.”

Peter Jones struggled to see the uniqueness in the business.

Despite the lack of faith from the Dragons’, Pasta Evangelist made their first £1million profit in 2020, after booming sales.

They have since joined forces with the biggest pasta company in the world, the Barilla Group.

Alex sold a majority stake in his cook-at-home fresh pasta business for a reported £40million and has created 80 new jobs since March 2020. 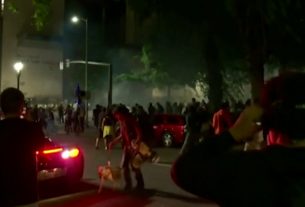 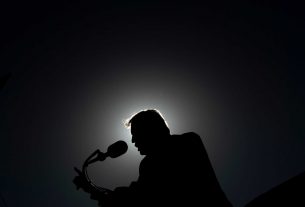