Pay TV and streaming company Foxtel breached local broadcasting rules when it promoted a betting service and odds during a live AFL match between Geelong and Hawthorn earlier this year.

Australia’s media watchdog has ruled the pay TV and streaming company breached the subscription broadcast code of practice when it ran the segment from a wagering partner on Easter Monday. The ruling has coincided with a push by gambling giant Tabcorp to impose tougher restrictions on gambling ads that appear during live sport. 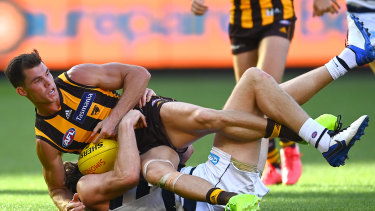 The advertisement ran during a live broadcast of the Easter Monday match between Hawthorn and Geelong.Credit:Getty Images

Under restrictions implemented by the Turnbull government in 2018, the broadcasting rules prevent a licensee from broadcasting a betting advertisement or promoting betting odds from five minutes before a live sport commences, until five minutes after. But on April 5, a gambling promotion ran at 4:30pm during an AFL match between Geelong and Hawthorn, Foxtel self-reported the breach to the Australian Communications and Media Authority following a complaint from a viewer.

ACMA chair Nerida O’Loughlin said it was disappointing that the promotion went to air.

“These rules are in place to reduce exposure to betting promotions. In particular, parents worry about their children seeing gambling ads, especially those associated with shared family activities like sport,” Ms O’Loughlin said.

The ruling was made public four days after gambling giant Tabcorp appealed to the federal government to impose tougher restrictions on betting advertising during prime-time.

Television gambling commercials are among the most complained-about issues to regulators. Despite a crackdown during live sport three years ago, the industry spent $271.3 million on advertising last year, up from $89.7 million in 2011.

But there are some key bodies – such as the Victorian Responsible Gambling Foundation – that are trying to stop gambling sponsorship. The AFL was caught in crossfire late last month for pulling an anti-gambling ad off its website and social media because it conflicted with its Sportsbet sponsorship. An AFL operative asked the media agency that distributed the ad if it would be revised to have a “more responsible gambling focus”.

Foxtel plans to retrain staff on obligations related to betting advertising under its code. It has also introduced new controls to ensure gambling ads are not improperly broadcast during live events.

“Foxtel self-reported a single breach of the Subscription Broadcast Television Codes of Practice resulting from human error during a live half-time football broadcast,” a spokesperson said. “While the breach was inadvertent, Foxtel recognises this is not acceptable and has rolled our refresher training to all relevant staff and our presenters.”

News Corp, which is the majority owner of Foxtel, has local ambitions to grow a gambling service. The company, which also publishes The Australian, The Daily Telegraph and The Herald Sun has held talks with prospective industry partners about the potential to launch a service in Australia, which would become known as FoxBet. FoxBet is owned by Fox Media, which is run by Lachlan Murdoch (the co-chairman of News Corp).

Search for the currency exchange store in town that is closest … 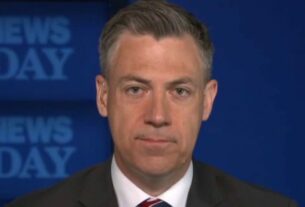