One such pensioner from Norfolk exclusively told Express.co.uk of how she had been left with bare cupboards and was unable to pay her bills. Her benefits stopped as she reached state pension age but up until several days ago, she had still not received any money. Due to the state pension being paid four weeks in arrears, she had been expecting the first payment a week earlier.

Lynne, 66, has numerous health problems and struggles to walk, meaning she has to use a mobility scooter. As such, she was previously receiving Employment and Support Allowance (ESA), which is a benefit aimed at people who have a disability or health condition that affects how much they can work.

However, as she approached state pension age, her benefit payments stopped with the expectation that her state pension would take over and continue to provide crucial financial support. Lynne had filled out her application form for the state pension back in July, months prior to her 66th birthday.

Unfortunately, things have not been as straightforward as Lynne had expected, as she as left waiting for her first state pension payment. She hasn’t received any ESA benefits for over a month, which left her in a desperate financial situation.

Lynne has spent countless hours trying to find out what is holding up her pension payments via phone calls to The Department for Work and Pensions (DWP). She was left none the wiser, not knowing why she had not received any money or when she will finally get her first state pension payment. Despite the endless calls, she said: “Nobody can tell me.”

She said she has been told by the DWP on multiple occasions there is nothing wrong with the form she submitted originally, but to her dismay, she recently received a fresh application form in the post.

Lynne, who does not have a partner and is cared for by her son, has felt exhausted by the stressful process of trying to get the money she is entitled to. She said of the situation: “It’s hell. No one has any idea of what I’ve been through. I just hold myself together every day.”

The Norfolk Broads PAIN (Pension Action in Norfolk) pension group has afforded Lynne some help, giving her some money to help during this distressing time. She also receives the Personal Independence Payment (PIP) benefit, but this is not enough for her to live on.

Lynne painted a grim picture of her financial desperation before Norfolk Broads PAIN gave her some support, saying: “I hadn’t got any food in the house and couldn’t pay my bills.”

DON’T MISS
Is PIP being scrapped near you? 1000s could lose out on key disability benefit [INSIGHT]
Government to scrap free NHS prescriptions for over 60s – Three things you MUST do now [ALERT]
‘Biggest crash in world history’ sparks new Gold Rush. Should YOU buy the precious metal? [ANALYSIS]

Dealing with these issues whilst disabled has added insult to injury for Lynne, who said she has felt ill because of the stress and has developed tinnitus. She said: “Everything is so hard for me, and to have all of this on top is really unfair.”

Due to changes brought in by the 1995 Pension Act, the state pension age for women was raised from 60 to 65 in line with men, which has since become 66 for both men and women. Further increases lie ahead. This has caused issues for many women who feel they were not given enough notice, and Lynne expressed her displeasure with the changes to the women’s state pension age.

Now being made to wait even longer due to the delay in receiving her first payment, she said: “This is so wrong, we already have to wait an extra six years.”

Lynne said she feels “ashamed” of the DWP and the wider Government, and described the treatment she has received as “diabolical”.

The DWP announced last month it would clear the backlog of state pension payments that had not yet been made to first-time recipients by the end of October 2021, with thousands of retirees still waiting to get their first payment.

The issue has affected people reaching retirement age, with thousands of newly eligible state pension recipients reportedly facing delays which have been months in some cases. Pensions Minister Guy Opperman said in September that the DWP was working hard to solve the issue.

Mr Opperman said the delays were due to staffing issues, and announced that “hundreds of additional staff” were to be redeployed in an attempt to clear the backlog. He also said the issues were a result of the COVID-19 pandemic.

He added that the staffing issues had “now been rectified” and that “normal service will be resumed by the end of October 2021″.

The DWP had already hired hundreds of additional staff during two recruitment drives earlier this year, with 360 people hired in April to help fix issues with state pension underpayment, and another 183 more employees joining in July in a bid to enhance the DWP’s resources.

With the new full state pension valued at £179.60 per week, people who have been waiting for months to receive any payments could be missing a large sum of money. Even a delay of two months would mean up to £1,436.80 had not been received.

Stephen Timms, chair of the Work and Pensions select committee has expressed his concern over the backlog and said the issue would be raised with ministers. He said: “There are clearly serious questions to ask about the way the DWP administers the state pension.”

A DWP spokesperson said: “We are sorry that some new State Pension customers have faced delays receiving payment. All those affected have been identified and we have deployed extra resources to process these as a priority. Any claims made today should not be subject to delay.”

Common Sense Media is the leading source of entertainment and … 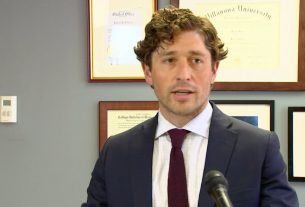