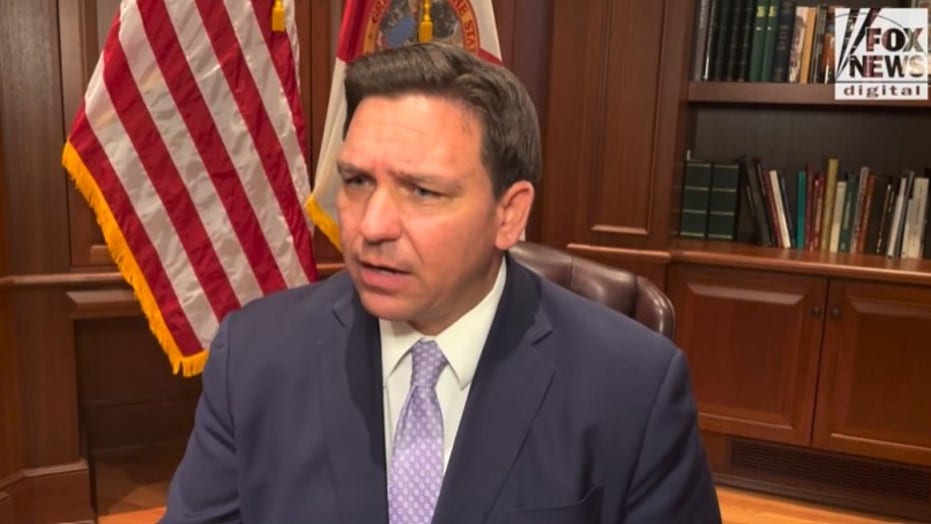 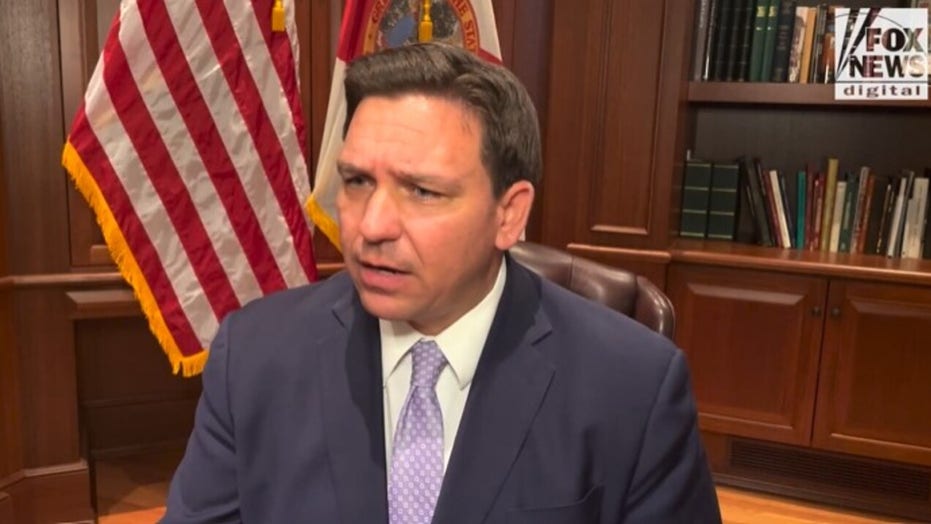 DeSantis insists narrative of Trump rivalry is ‘total bunk’: He’s ‘a friend of mine’

TALLAHASSEE, Fla. – EXCLUSIVE: Florida‘s Gov. Ron DeSantis and his wife, Casey DeSantis, sat down with Fox News Digital in a joint interview during which they reiterated their commitment to keeping Florida free in addition to announcing a new focus on cancer research and children’s mental health in the months following the first lady’s breast cancer diagnosis.

Casey DeSantis told Fox News Digital on Monday that she feels “really good” and is starting to get her energy back again, after announcing she completed her final round of chemotherapy for breast cancer in January. She said she was motivated by her family, including children Madison, 5, Mason, 3, and Maime, 22 months, to continue fighting.

As part of his wife’s commitment to continue fighting, Gov. DeSantis proposed to increase the state’s budget by 60% for cancer research, bringing the total to $100 million. The first lady told Fox News Digital that early detections and screenings for cancer were imperative, especially in the aftermath of the pandemic that saw a large decline in individuals seeking preventative medical treatment.

The other pocket of funding would be dedicated to technology and innovation so “we can finally find a cure for this thing,” she said. The first lady in recent months has visited numerous children’s hospitals and cancer centers throughout the state to discuss importance of early screenings and offer a sense of hope for children and adults going through chemotherapy. 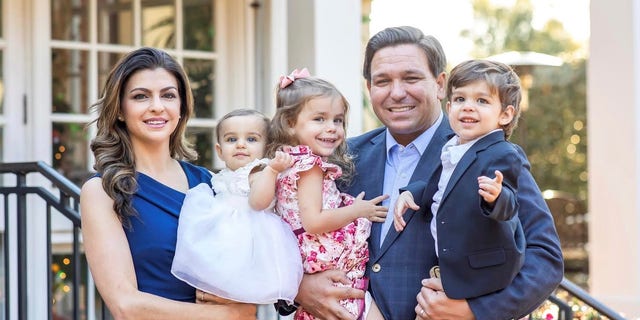 The first lady also talked about mental health impacts of the pandemic in addition to physical impacts, stating that her resiliency initiative, launched in February 2021, is aimed at empowering kids to be able to persevere through life’s challenges. The initiative includes a “resiliency toolkit,” as well as the Hope Ambassador Clubs program, designed to create “kind and compassionate school environments” through peer-to-peer volunteering.

“With mental health, what I noticed in traveling the state and speaking with a lot of kids is that if they come forward and say that they have a mental health issue, that they feel like a victim and that there’s a stigma associated with it,” Casey DeSantis told Fox News Digital.

She detailed working with the state Department of Education to pass a standard and curriculum that goes toward mental health in addition to engaging with well-known athletes, including Peyton Manning and Tom Brady, and sports teams to discuss how no one is immune from hardship. “We’re really trying to change the narrative with that,” she continued. 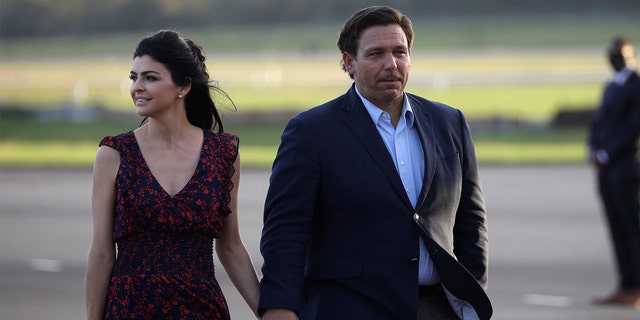 In addition, the first lady said that virtual learning during COVID “was a terrible, failed experiment and our poor kids suffered immensely,” which is why she’s proud that the governor kept schools open.

“The governor keeping the schools open has done so much for these kids’ emotional and mental well-being. I really am so sad to hear that that’s even part of the dialog in other states that you would be closing schools, not providing the opportunity for some of these kids.”

“The governor keeping the schools open has done so much for these kids’ emotional and mental well-being.” 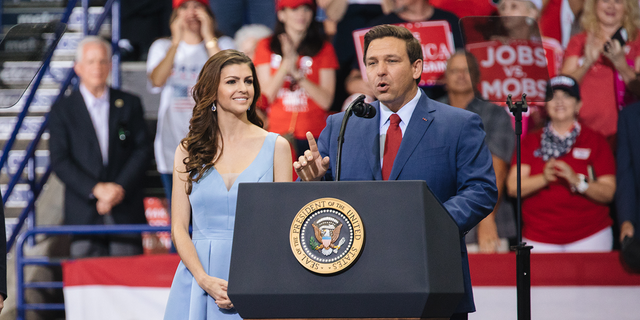 Rep. Ron DeSantis, then a Republican candidate for governor of Florida, speaks as his wife, Casey DeSantis, looks on during a campaign rally in Estero, Florida, Oct. 31, 2018.
(Getty Images)

He told Fox News Digital that the education standards will be taught from “a vantage point of facts and truth,” and without infusing political ideology. Gov. DeSantis referred to the 1619 Project, authored by Nikole Hannah-Jones, who recently incorrectly claimed that the Civil War started the year it ended, among other controversial statements.

“So, for example, this 1619 Project that the New York Times parrots, they say that the American Revolution was fought both to defend slavery,” he said. “But if you look, there’s literally nothing in the historical record.”

The governor continued, “And so it’s a historical, they’re trying to weaponize history by distorting it in order to advance a political agenda. And so I think we’ve tackled that right. We are, though, increasing the ability of parents to be involved in the curriculum. Parents have a right to know what’s being taught in schools. There’s going to be more rights for parents after this legislative session so that they can make sure that our standards are enforced,” he said.

Casey DeSantis, a former TV host, also weighed in on the state of the national conversation, saying, “I think we are divided, and I think it’s very unfortunate. I think that if there were more outlets that would probably tell more accurate information that I don’t think that we would be so divided. I think that there’s a lot of entities that make a profit off of divisiveness.” Gov. DeSantis chimed in, slamming the mainstream media “legacy outlets” for trying to “nullify” the 2016 election results by attempting to tie the Trump campaign to collusion with Russia.

“I think we are divided, and I think it’s very unfortunate. … I think that there’s a lot of entities that make a profit off of divisiveness.”

In addition, the first family addressed a common misconception that when they are not out giving speeches or in the spotlight, they’re focused on political work.

“We’re chasing after three kids is most of what we’re doing when we’re not in the public eye,” said a lighthearted Gov. DeSantis, calling the recent addition of their third child, Mamie, a transition to “zone defense” in order to watch and track down all the kids at one time.

“We’re not resting on the weekends. I mean, we get very tired by kind of chasing after, you know, the kids. But you know, they’re good kids, and we’re very, very blessed to have them,” he said with a smile. 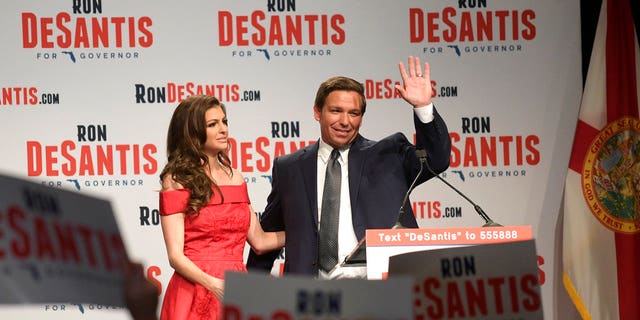 The couple said they are thrilled to get back on the campaign trail, and include their growing children, who will likely retain memories of the 2022 campaign, as opposed to in 2018. The governor is up for re-election in November.

Gov. DeSantis proudly stated that this campaign season differs from 2018 due to the pandemic: “We’ve been able to protect the freedoms, the jobs, the businesses, the livelihoods, the education of millions and millions of people. And so I think when we’re out and about, the enthusiasm and really the genuine sense of gratitude to live in Florida, people are more proud to live in Florida than they’ve ever been in my lifetime, and I was born and raised here.”

“People are more proud to live in Florida than they’ve ever been in my lifetime, and I was born and raised here.”

“I can tell you, if the ‘18 election had gone the other way, this state would be radically different. That’s just the reality. I think everybody knows that.”

In addition, the governor’s message to individuals fleeing cities seeing an uptick in crime in the north, including Chicago and New York City, and moving to Florida is that “we’re a law-and-order state. We’ve never shied. We’ve never flinched. We had National Guard out when the riots were happening in Minneapolis. We refused to let our state burn down. And people know that. You got to follow the law here.”

He touted the $1,000 bonuses enacted for all of Florida’s law enforcement for two years in a row and $5,000 signing bonuses for police who move from other places to Florida, including Seattle, New York City and Minneapolis.

“But part of it is that it just shows you, you know, wow, this is a state that has your back,” the governor promised. 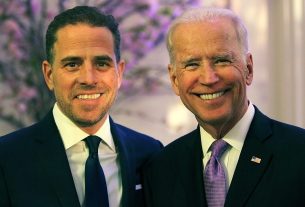 Cal Thomas: Hunter Biden investigations — where has the mainstream media been? 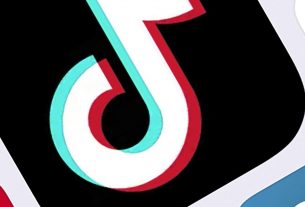