The free prescription age is currently under review, and could rise to state pension age in proposals currently being considered. If actioned, it could mean those 60 to 65 years old living in England are forced to meet charges they would have otherwise avoided. The prospect of such a change is concerning for those worried about whether or not they can afford items.

And there are concerns that in attempts to save money, Britons may actually be putting themselves at risk.

Last year, a number of health charities urged the Government to rethink its proposal to raise the qualifying age for free prescriptions, in an open letter.

The Royal College of General Practitioners, the Royal Pharmaceutical Society and the British Geriatrics Society, said that while some patients will find the change affordable, others will not.

The letter highlighted the “shared concern” that scrapping free prescriptions for 60 to 65 years olds could intensify existing health conditions.

Analysis by Age UK showed tens of thousands of people may require hospital treatment, having cut back on their medication due to no longer being eligible for free prescriptions.

Some may look to cut costs in other ways, searching for medication which does not require a prescription.

However, Rich Quelch from pharmaceutical expert Origin, issued a vital warning to those hoping to cut costs.

He said: “As the cost of prescriptions rises and waiting times increase across the NHS, more people are looking for ways to save time and money.

“While there is a legal and growing online pharmacy market in the UK, there are also fraudulent websites posing as registered pharmacies.

“Using a medicine issued by a fake online pharmacy is potentially very dangerous, as drugs might be out of date, diluted, unapproved or fake.

This guarantees they are purchasing from a safe and genuine website.

Furthermore, Mr Quelch recommends using the GPhc’s register to check if a website is run by a registered pharmacy, and is legally allowed to sell medicine.

Individuals should also never be tempted by spam emails which advertise cheap medicine.

Mr Quelch added: “If something looks too good to be true, it usually is.”

It has not yet been confirmed how much NHS prescription charges will rise in April.

However, recent research undertaken by Chemist4U shows prescriptions have risen by an average of 2.35 percent year-on-year.

If this trend continues, those paying for prescriptions can expect their charges to increase from £9.35 to £9.57 per item.

A Department for Health and Social Care spokesperson previously told Express.co.uk: “Around 90 percent of community prescriptions in England are free of charge, and people don’t pay if they are on a low income, over 60, or have certain medical conditions.

“The upper age exemption has not changed since 1995 and that is why we have consulted on restoring the link between this and the state pension age.

“No final decisions have been made and we will publish the consultation response in due course.” 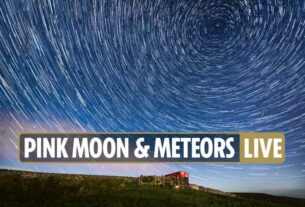 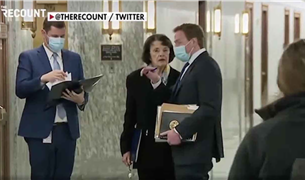 Sen. Feinstein spotted walking around Senate without a mask 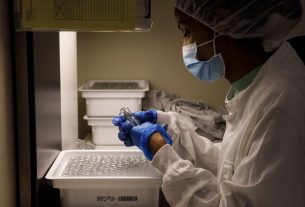